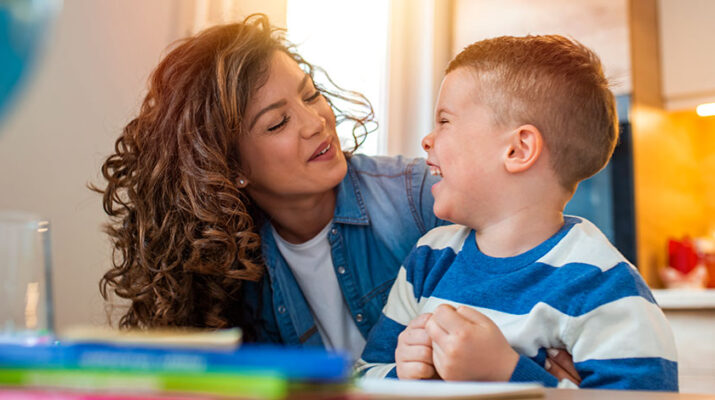 Number of kids with disabilities rises. Various factors may have skewed the statistics, expert says

A study by the Centers for Disease Control and Prevention shows more children today have been identified as having disabilities. The figures rose from 16.2% in 2009-2011 to 17.8% in 2015-2017, including ADHD, autism spectrum disorder and intellectual disabilities. All of these can affect children’s ability to learn.

While it may appear that the number of children with developmental disabilities is rising, other factors may have skewed the statistics.

“There’s increased awareness,” said Rachel Chalmers, master’s in education and coordinator of pre-K special education with Rochester Childfirst Network in Rochester. “There’s probably more diagnosing because of this awareness. There’s more of a sensitivity to support children where they’re at and to meet their needs.”

Year-round, fir trees grow in a variety of places: parks, landscapes and personal properties. Yet only in December do people who celebrate Christmas notice all the “Christmas trees” on their daily commute. In a similar sense, understanding the characteristics of developmental and learning disabilities helps professionals and, to an extent, parents become aware to the point that they recognize when a child exhibits these traits that could indicate a disability.

“The point isn’t to start diagnosing everyone, but noticing children who could benefit,” Chalmers said. “It’s a desire to help and support children to have happy, productive adult life. The sooner we can help children, the better results.”

Chalmers does not preclude the possibility that environmental factors may influence the numbers, including diet, sensory input at the infant stage and lack of movement.

“As a professional in the field for more than 30 years, that makes sense to me,” she said. “I can understand why there might be an impact on our children’s neurological systems. That’s my opinion.”

The practice of having infants use iPads instead of interacting with the physical world may contribute to issues involving learning, cognition and behavioral health, for example.

The definition of disabilities can also increase the numbers.

Anna Castonguay, clinical director at Autism Learning Partners in Rochester, said that when the Diagnostic and Statistical Manual of Mental Disorders came out in 2014, it “radically changed the criteria for diagnosing autism. It now encompasses other disorders that were called Asperger’s or ‘pervasive developmental disorder not otherwise specified.’ Those were previously not autism. They combined them all into autism. They also expanded the criteria.

“There are a lot better screening tools,” Castonguay added. “There’s a decrease in the more generic learning disability diagnosis. It’s possible that a lot more children are getting a more specific diagnosis. Before, it was more a school diagnosis, not a medical diagnosis. It is all dependent upon severity.”

Like Chalmers, Castonguay said that that insufficient research has been completed to rule out environmental changes affecting the numbers. She pointed to advanced parental age as one of the possible reasons. More people have delayed starting a family than ever to pursue educational and career opportunities. Advanced parental age is widely known to increase the risk of numerous disabilities in children.

Yuliya Snyder, a doctor with the Neuroscience Institute in Rochester General Hospital, believes that “more work would need to be done to know why more children are identified as disabled. How we classify things is probably a major driver, including increased awareness by parents and the schools, physicians. It’s likely we’re picking up milder cases that would probably not be picked up or classified as such 10 years ago.”

For example, 10 years ago, diagnosing a teenager with ADHD “was a bold move, but it’s not strange now for even a college student,” Snyder said. “The same is probably true for autism spectrum disorder. There’s more awareness out there. The milder cases are being picked up by doctors and school psychologists.”

The wording of researchers’ questions has also changed. Instead of using vague phrases, pinpointing a specific diagnosis may make parents feel more comfortable in identifying their children.

“Let’s say they went from asking just ‘autism spectrum disorder’ to including autism, Asperger’s and other developmental disorders,” Snyder said. “That itself could have inflated numbers some because they can see how a layperson or parent whose child is on the mild end of the spectrum, previously they could have said ‘no’ to a ‘disability’ and now enter ‘yes.’”

Cultural influences may also affect the numbers. Snyder said that within some cultures, what is accepted as normal behavior may be identified as ADHD behavior with others.

“Within the Hispanic population, the culture has been more accepting of active behavior, but now more are more bringing it to the attention of their pediatricians,” Snyder said. “With time, some of the more challenging, subtle cases could be picked up. ADHD may look different in someone who’s older.”

Snyder also said that medical advances in maternal care and neonatology may have also increased the number of children who would classify as disabled.

“Kids who are much more premature and lower weight are able to survive, but typically by the price of having a disability,” Snyder said. “Years ago, it would be a pregnancy loss.”

She also warned that skimming a headline about more disabilities may sound much more significant to a layperson, as “developmental disability” can include a person who as an adult has barely perceptible autism and not major challenges to basic activities of daily living.

“Kids who are mildly on the autism spectrum can live their life fully with minimal limitations and a few necessary adjustments through an effective adhd treatment program,” Snyder said.

The availability of screening and services normally begins in urban areas and takes time—even several years—to eventually extend to more rural areas. Snyder said that the increased numbers could reflect this rollout.