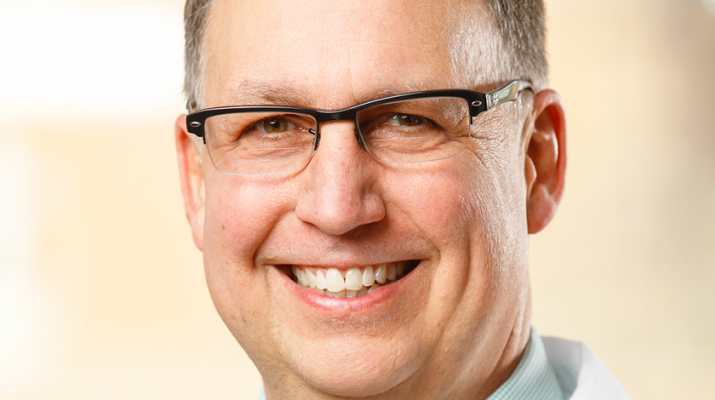 A profession once dominated by females is gradually getting more diverse, despite a lingering gender bias among patients and health care administrators

Picture a nurse. Did an image of a kindly-faced woman in white or scrubs come to mind?

Decades-long female dominance in nursing has contributed to the gender stereotype of women nurses.

While women still outnumber men in nursing, more men have joined the ranks at schools such as University of Rochester Medical Center School of Nursing where in 2013 only 12 percent of the students were male compare to 18 percent in 2017.

The faculty also reflects those statistics — it increased from 15.4 percent males to 18.5 percent over the same time period.

David Goede, doctorate nurse practitioner and lead APP (advanced practice provider) manager for cardiovascular service line at URMC, remembered that back in 1985 when he earned his associate’s degree in nursing, men represented only 2 percent of nurses.

“I had often encountered the question as why I chose nursing as a career,” he said. “As I contemplated this question, the next question that was usually asked is, ‘Are you working on becoming a doctor?’ I have always had difficulty trying to understand the basis of these questions. Do we ever ask female physicians why they chose to be a physician and not a nurse? To me, these comments exemplify bias of career choices based on gender.”

He said that men in nursing is not new. Males cared for individuals’ health care needs throughout history. During the 1300s, most care provided by non-family members were provided by male monks through monasteries, he said. And during the Crimean War, men worked within the hospital setting alongside women providing direct care, until they were called into battle.

Goede believes that the origins of female dominance in nursing stems from how nurses initially received their education. Once formal education became standard for nurses, they were trained at schools with dormitories. Since men weren’t allowed to stay in the dormitories, they faced difficulties in entering nursing school.

“It wasn’t until the education of nurses moved from strictly controlled dormitory-style education into an academic setting that allowed male students to attend,” Goede said.

Mary Maher serves as associate professor and department of nursing chairwoman, coordinator of Nursing Global Studies and director of the public health program in nursing at Nazareth College. She sees many opportunities for men in nursing.

“In an economy where we’re seeing a large shift in the workforce, where we have a growth spurt in health care, it’s an issue of job security,” she said.

She said that it’s also a respected career with a high degree of satisfaction.

David “Grant” Hewitt, nurse practitioner and instructor of nursing at Monroe Community College, said that in 2008 at MCC 5.7 percent of fall nursing students were men. In 2017, the percentage climbed to 26 percent.

Hewitt said that men can leverage their usually greater strength for the tasks nurses face, such as moving patients.

“Men also tend to go into high stress nursing situations, like the ICU or the ER,” Hewitt said. “Maybe it’s adrenaline; they like it.”

Like women, men also have opportunities to seek further education to obtain supervisory roles, work in education or, in the case of nurse practitioners with more than 3,600 hours of clinical experience, practice without a collaborative agreement with a physician.

Hewitt said that men get hired for management roles in nursing “much faster” than women. They also receive better pay, on average.

He said that it’s not uncommon for patients to call male nurses “doctor” because they feel sure that nurses are female. Or to insist that they do not want a male nurse helping them. Sometimes, Hewitt kindly asks if they would feel the same way about a male doctor.

Hewitt said that despite lingering gender bias among patients and health care facility administration, he wants more high schools to promote nursing as a good career option for all students.

“This is a great job,” he said. “Nursing isn’t female anymore. You’ll always have a job, so there’s great job security. I think that’s part of the reason it’s changing.”