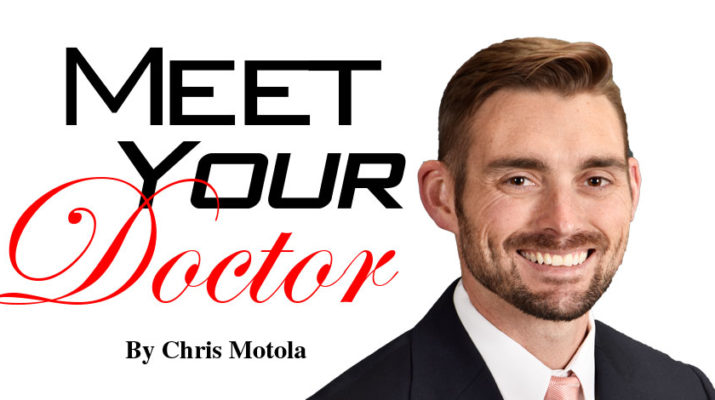 Q: Vaping is under a lot more scrutiny as of late, from a number of troubling deaths to New York’s attempt to ban flavored e-cigarettes. From the medical side of things, what’s going on?

A: This epidemic first started in early June. A case report from Illinois and Wisconsin listed about 12 patients with respiratory failure who had recent history of e-cigarette exposure. That prompted a greater evaluation nationally and locally to look for an association between e-cigarettes and respiratory failure. About the same time, Rochester was seeing the same thing. To date we now have 26 patients who have respiratory failure associated with e-cigarette use. So, over the past six months these patients have accumulated in Rochester and we’ve kind of led the charge in New York state in creating appropriate evaluations as well as management for maintaining patients. That evaluation has been led by a collaboration between adult pulmonary medicine, pediatric pulmonary medicine and medical toxicology. At the state level, we’ve partnered with the Department of Health as well as Upstate and Downstate Poison Control Centers for communication nationally with the CDC. It’s been an exciting time. Fortunately, we now have a standardized metric we use for evaluation and management pioneered at the University of Rochester.

Q: At this point, pretty much everyone knows that smoking is bad for you, but the message seems more confused for vaping. What are the risks with regard to vaping?

A: So, there are now over 1,000 cases nationally with respiratory failure, and a significant number of deaths. About 80% of those cases have been associated with THC, which is the main psychoactive component in marijuana. With that being said, 20% of those cases have non-THC substances and have still been associated with respiratory failure. One of the more recent reports from the CDC looked at the fluid from the lungs of those patients and found one of the common chemicals was vitamin E acetate, and of the 30 samples they tested of the patients with respiratory failure, all 30 had vitamin E acetate. About two months prior to that, we had been testing the cartridges as well and found the same association; the cartridges all had greater than 50% vitamin e acetate. What we’re trying to find out now is if that vitamin E acetate truly has a causal relationship with respiratory failures. Laboratories here at the University of Rochester, the University at Buffalo, in association with the New York State Department of Health are doing some of the work that needs to be done to look at that causality.

Q: Is vitamin E acetate used in all vaping products?

A: Some people are asking, “Why now?” Vaping has been around for 15 years. One of the things we noticed back in June was that one of the primary reasons vitamin E was starting to be used in cartridges was that it makes the liquid more viscous. So, people were using this to make illegal cartridges look similar to the commercial ones. We think that is contributing to some of the increase in acute presentation of respiratory failure in the past six months. The lack of regulation is a big issue, not just for the chemicals but how they’re being used; how the devices are heated may matter as well. Many of the newer devices are using greater amounts of heat to create more vapor. So that needs further investigation as well. There’s also the issues that can come up with refillable cartridges and what’s getting into those.

Q: Am I right to assume the underground use of vitamin E is why these cases are more common with THC cartridges?

A: Yes, but again, there’s that 20% of cases that aren’t related to THC cartridges. So why are they still having respiratory failure? But, yes, most cartridges that have THC also have vitamin E acetate as well. And the thought there is that vitamin E is used as a thinning agent so they can distribute a larger number of cartridges by thinning out the THC.

Q: The state’s attempt to ban flavored e-cigarettes seems to have been held up in court. My impression is there’s some confusion as to how this relates to cases of respiratory failure if at all. Can you clear that up?

A: I think it’s a good question. We know that flavorings are detrimental because they attract younger users. We know well that any tobacco products with flavoring tended to attract younger users, so it’s applying the same rationale here. There’s a strong association now that you’re about four to eight times more likely to go on to using other tobacco products if you start using e-cigarettes before the age of 25.

Q: Can you go into more details about what’s meant by “respiratory failure” in these cases?

A: So, the acute presentation is called EVALI (e-cigarette or vaping product use-associated lung injury). To make that diagnosis you have to have symptoms of cough, difficulty breathing, constitutional symptoms like vomiting, weight loss, headache, fast breathing. Sometimes there’s a need for oxygen. If you look at a chest X-ray or CT, you’ll usually see both sides having infiltrates on both sides, which usually indicates lung injury.

Q: What recommendation would you give to the general public given that the investigation is still underway?

A: The University of Rochester as well as the New York State Department of Health still feel that not smoking or vaping is the best way to avoid this type of injury. I say that as a pediatric lung doctor as well, so stopping the use of nicotine-based products is important for preventing the next generation of people getting addicted.

Q: Is there any truth to the claims that vaping can help people quit smoking?

A: This generation of e-cigarettes began with the idea of them being smoking cessation devices. That said, they really haven’t been used that way nationally. I say that because the amount of nicotine in a typical cartridge is two to three times more than what’s in a pack of cigarettes. That’s inappropriate marketing to call it a cessation device when it has more nicotine. One way we can advocate for regulation is to reduce the amount of nicotine allowed in e-cigarettes.

Q: What type of research is underway now at the University of Rochester on this topic?

A: We’re uniquely positioned for research. We’re actively investigating the cartridges that caused respiratory failure. We’re looking at the chemicals in them. We’re doing further studies in rodent and human samples to see what chemicals cause injuries in the lungs. This will be very helpful in making regulatory recommendations.

Position: Assistant professor in the division of pediatric pulmonology, University of Rochester School of Medicine