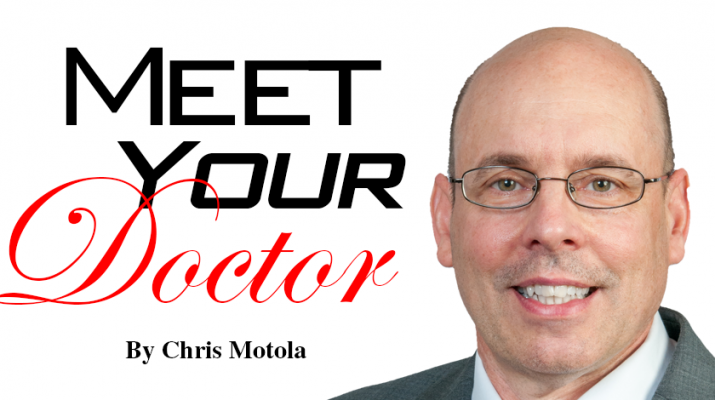 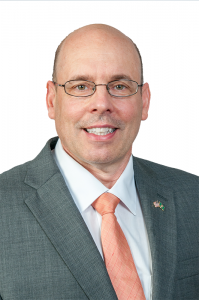 Q: You’ve been talking about insect-borne illnesses lately. Is that your specialty.

A: I’m a health care epidemiologist for Rochester Regional Hospital. I look at communicable diseases, focusing on preventable infections that patients can get when they go to the hospital. But some diseases we take care of are borne by insects like Lyme disease, West Nile virus, etc.

Q: Have the incidences of these diseases been increasing?

A: According to reports from the CDC, yes. Over the last 10 to 12 years, the rates have doubled or tripled.

Q: I grew up in downstate, which was kind of ground zero for Lyme disease. Has it become a major concern in Western New York?

A: Yeah, it’s pretty prevalent up here. As the climate gets warmer, a lot of diseases that were isolated to more southern regions are spreading northward.

Q: Has the medical strategy for these diseases been more preventive or treatment-oriented?

A: It’s both. It’s hard to prevent every mosquito bite, especially since you won’t always know if you’re getting bitten by one. But you can wear bright clothing, wear insect repellant, and those things also help prevent tick bites. With ticks, you can check yourself or have family members check you for bites. The tick needs to be imbeded for a day or two before it can transmit Lyme disease. I would also encourage people not to feed deer or encourage them to come into their yard, since they carry a lot of ticks. I would say both treatment and prevention are important. Some types of mosquito-borne illnesses, particularly those that affected the brain, have no treatments. In those cases it’s just supportive care.

Q: How are medical institutions like Rochester Regional preparing?

A: That same report says that not enough resources are being put toward surveillance and that our current procedures need bolstering. We’re talking about studying ticks and mosquitos, seeing what species are out there, and whether they’re carrying these diseases. We are, however, pretty familiar with these diseases.

Q: With regard to your research into antibiotic resistant bacterial strains, is that mostly hospital-based?

A: It is primarily hospital-based, but more research and reports are showing that they’re found throughout the community, especially in places where sanitation is poor. But it’s mostly hospital-based. If you’re having a lot of surgeries, you’re more vulnerable. A lot of those strains used to be sensitive to antibiotics, but those same strains are sometimes resistant to some antibiotics. Sometimes they’re resistant to all antibiotics.

Q: What do you do when you have a strain that’s resistant to all antibiotics?

A: There’s not much you can do. You hope and pray. You use combinations of antibiotics. You use the highest dose you can use without causing toxicity. You administer it more slowly, over a longer period of time. You basically are trying to weaken the bacteria enough for the body’s immune system to be able to finish it off. That’s one of the components of the resistant crisis, but there’s another: the lack of new antibiotics coming to market. Bacteria develop resistance pretty quickly, so the drug companies are disincentivized to make new ones. So we have what we call a dry pipeline.

Q: Is there any attempt being made to fix the pipeline?

A: Yes, there has been, but the current administration isn’t prioritizing it. The previous administration had a plan to address antibiotic resistance.

Q: I understand the challenge isn’t just with bacterial, but fungal infections as well.

A: The technical name is Candida auris that’s emerged in the U.S. since 2016. The vast majority of cases in the U.S. are in New York state, and the vast majority of those are in New York City. There was a patient transferred from a New York City hospital to our hospital carrying the fungus but, through a series of best practices, we were able to keep it from spreading. It can easily spread through hospitals and has a substantially high mortality rate.

Q: What sort of practices help?

A: We were aware of the early reports from around the world about this fungus. So, the first best practice is awareness and vigilance. We were very diligent about sending any suspect-looking organisms to the lab for confirmation. The next step is, for lack of a better term, locking down the patient and equipment. You don’t share any equipment until its cleaned. The next step is cleaning services and using a powerful disinfectant on the equipment. We then swab hospital surfaces and disinfect them again until we no longer detect the organism. It’s teamwork, feedback, communication and using the right chemicals.