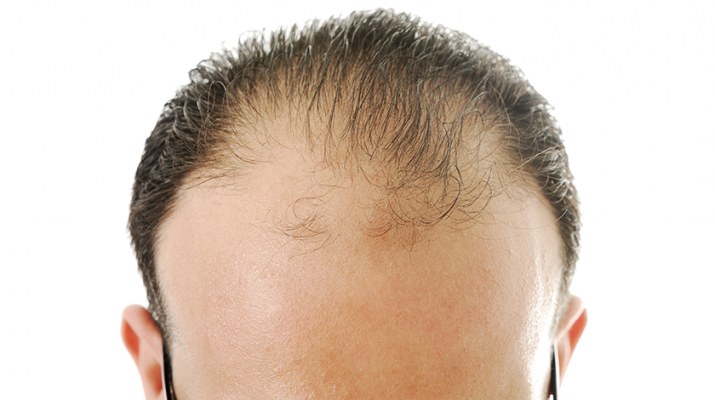 Two out of three American men manifest noticeable hair loss by age 35, according to the American Hair Loss Association based in Calabasas, Calif. By age 50, the number jumps to 85 percent and the hair loss is significant. A whopping 25 percent begin the process of male pattern balding by age 21.

Men who want to do something about their hair loss have more options available than ever. Elizabeth Arthur, licensed and board-certified dermatologist and founder of Helendale Dermatology & Medical Spa in Rochester, said that platelet-rich plasma (PRP) represents a recent advance in treating hair loss.

Arthur explained that when platelets from the patient’s blood are activated, their growth factors “make our cells think they’re young again.”

PRP injections to the scalp may help hair transplants achieve better results. PRP is also applied directly to the scalp to reduce further hair loss. These high-end treatments to restore lost hair, is offered by high-end, yet reasonably priced doctors at smp clinic Melbourne. You can hop over to these guys if you’re interested on Platelet Rich Plasma (PRP) and Hair Loss Treatment.

“As we get older, the growth cycle speeds up so that our hair is a shorter, wispier hair,” Arthur said. “It’s finer and sometimes lighter in color. We want to make the existing hair follicles to produce a much better quality hair.”

Hair transplants are still quite in demand. The provider moves the hair and follicle from a donor site such as the back of the head to the thinning area. The results are permanent and since the hair was grown on the man’s head, there’s no chance the body will reject it.

“When it comes to a permanent procedure, you have to think about your future and what it will look like in 10 to 30 years,” Arthur said.

Some men want really low hairlines, but she said that won’t look realistic on a man as he gets older, just like overly fluffy, low toupees look artificial.

Arthur said that Rogaine and other similar products are still popular. These medications must be taken daily for life or the patient will eventually return to his age- and genetic-appropriate state of hair loss.

Helendale also offers micro stimulation of the scalp to increase the energy of the cells. After about six months of twice-weekly treatments, most men come back every other week for maintenance. Arthur said that the treatments don’t re-grow hair, but may help promote the health of the existing hair and prevent further loss.

Vito C. Quatela, board-certified facial plastic surgeon at the Quatela Center for Plastic Surgery and the Quatela Center for Hair Restoration in Rochester, explained the two transplantation methods his office offers. Follicular unit transplantation is often called the “strip method” because it involves the removal of a strip of hair-bearing skin from the back of the scalp. For gynecomastia treatment, people can click here and get the one from the best surgeons.

The doctor separates the strip into micro-follicular unit grafts to be transplanted in the same direction of the patient’s natural hair growth so it looks natural.

Neograft follicular unit extraction also uses the patient’s own hair but extracts them in multiple tiny circular areas containing follicular units. This method prevents damaging the grafts by pulling or twisting them.

For both procedures, it will take about four to six months to see new growth. The final result can be assessed at one year.

Some men buzz or completely shave their heads to minimize the contrast between balding areas and intact areas. But shaved guys lose the definition that a hairline provides. Some feel that shaving detracts from their facial features.

That’s where Scalp Aesthetics may help. Founded in Rochester, the company has spread to 160 locations worldwide. Technicians use an extremely thin needle to perform micro tattoos on a man’s balding areas to mimic the appearance of a short buzz cut.

The technician goes only one layer deep with organic ink that matches the client’s natural color. Since the ink contains no metals, it cannot change color significantly. Because the needle doesn’t go deep like regular tattoos, most clients experience little pain.

Going too deep makes the ink spread. The rest of the client’s hair should stay cut within one millimeter long to blend with the tiny tattoos.

Eric Taylor of Rochester responded to an ad for Scalp Aesthetics to solve his hair woes. He had the procedure done in 2013 and couldn’t be happier with his look. Now he works as the company’s sales and operations manager.

He said that many people have told him he should grow out his hair, not realizing that his “full head of hair” was mostly tattooed.

For most top-of-the-head procedures, the client receives 15,000 tiny hair replicated dots. Taylor chose a slightly receded hairline which he felt appears more realistic for his age.

Taylor said that he likes the permanency of his hair loss solution, and the fact that he doesn’t have to worry about swimming, wind or sweating as with hairpieces. His only maintenance is shaving his remaining hair every 48 to 72 hours and a touch up of the tattoos every seven to eight years, as the ink can fade slightly over time.