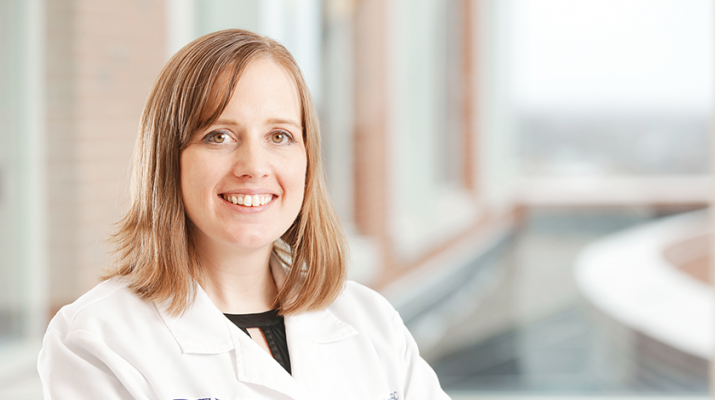 Smoking rates in the U.S. have declined in recent decades. However, about 15.5 percent of the population — or about 37.8 million adults — still smoke cigarettes, according to the latest numbers from Centers for Disease Control and Prevention. And with the popularity of e-cigarettes, which are battery-operated devices that people use to inhale an aerosol that typically contains nicotine, the problem is not going away.

Smoking is an issue that leads to disease and disability, and harms nearly every organ of the body. It is still the leading cause of preventable death. In addition, thousands of young people start smoking cigarettes every day, according to the CDC.

“One reason why some people continue to smoke despite knowing the health risks such as lung cancer, heart disease and stroke is that it’s so hard to quit,” said Patricia Mallaber, a certified tobacco treatment specialist and nurse practitioner for UR Medicine’s Wilmot Cancer Institute in Rochester. “That’s because of a substance found in cigarettes called nicotine that makes cigarettes and other tobacco products quite addictive. But there is hope. While it’s challenging, many people are able to quit smoking with a bit of planning and dedication.”

Mallaber, who works each day to help those who’ve been diagnosed with cancer and those who want to stop smoking, shares five tips on how to quit.

1. Find a ‘Quit Buddy’ — Quitting smoking can be complex and complicated, but it can be made easier when you have help from others along the way. Whether it’s your spouse, significant other, best friend or a co-worker, find someone who you can lean on for support during your quit journey.

“This could be thought of as a ‘quit buddy’ which is someone who wants to quit along with you, so you can be there to help each other. In addition, reach out to your health care team as they can be a great resource to have on your side,” said Mallaber.

The American Lung Association has also created a program where people can start their journey with a click of a button. Called “Freedom From Smoking Plus,” it is a user-friendly interactive program that creates a personal quit smoking plan on your desktop, tablet or smartphone. It also offers a surround sound of support from its Lung HelpLine counselors and other quitters through an online community.

Also for those who are interested, phone support is available in state by calling the NY State Smokers Quitline at 1-866-NY-QUITS. The free and confidential service provides coaching as well as nicotine replacement therapy for those who qualify. A number of well-established and reliable online resources may also help.

2. Consider medications — Many people don’t know that there are seven Federal Drug Administration-approved medications to help people quit smoking. Some of these medications, such as the nicotine patch, gum and lozenges, are available over the counter. Some can be used along with nicotine replacement therapy; however, you often need to start taking them in the weeks before, according to the American Cancer Society. Experts say smokers who are significantly dependent on nicotine should consider nicotine replacement or drug therapy to help them quit. Signs of severe dependence include smoking more than one pack a day, smoking within five minutes of waking up, smoking while sick and waking up at night to smoke.

“Reach out to your health care provider to inquire which may be beneficial for you,” Mallaber said.

3. Change your routine — Ask yourself, during what points in your day you want to smoke most? Think about your triggers and try to avoid them. For example, for some, coffee can be a big challenge when quitting. Think about changing brands of coffee or switching to tea.

“For those who tend to smoke when drinking alcohol, it may be wise to cut down on alcohol use,” said Mallaber. “Avoid places where you would normally smoke or try to set goals, like no smoking in the house or no smoking on the porch. You could also try changing up your routine and getting out of the house to a public place, as many public areas do not allow smoking and being in a smoke-free place may help you avoid temptation.”

4. Distract yourself — When you have a craving, it is important to stay busy for a few minutes. Before you know it, the craving will pass. Keep reminding yourself that the cravings are temporary and will improve over time. To help, you could try sucking on hard candies. You could also try plain chewing gum.

“That being said, avoid using junk food as a distraction,” she said. “Try healthy snacks like celery/carrot sticks or fruit instead. Be sure to stay hydrated with plenty of water, and consider brushing your teeth and using mouthwash throughout the day.”

In addition to distracting your mouth, distract your hands by working on crossword puzzles, Sudoku, coloring books, journaling or playing a game on your phone/tablet.

5. Think of the reasons why you want to quit and focus on them — In life finding out your motivation can be key. Set a quit date and give it a try.

“It can take multiple quit attempts before some are successful. If things don’t work out, don’t give up! Every time you try to quit, you learn things that work well and also things that do not. Try to modify and keep moving forward,” she said.