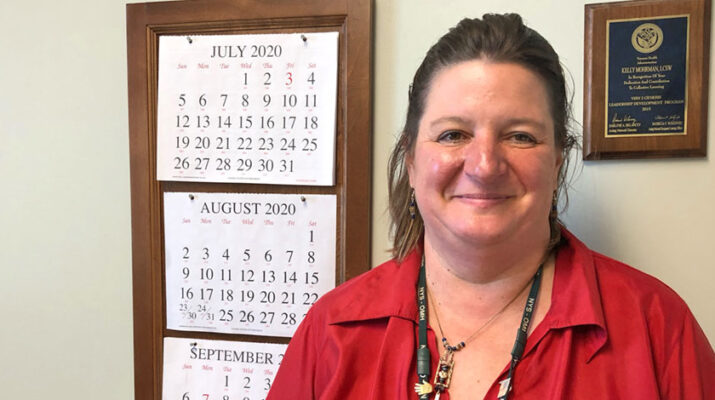 The most recent numbers from the Centers for Disease Control and Prevention indicate that 48,344 people died by suicide in 2018, an increase from the previous year’s number, 47,173.

Although that represents only two-tenths of 1%, it continues the trend of the past two decades, up by 35% since 1999.

“I think the acuity of the patients is going up,” said Larua Jowly, interim director of behavioral health at Rochester Regional Health, eastern region. “A big factor we’re seeing in the concurring substance use with mental health disorders. It impacts impulsivity, and lower cognitive ability to process through things.”

Jowly said that high stress levels also contribute to the trend, along with social isolation — issues which may lead to higher increases in 2020.

“The suicide rates have gone up over the years,” Mohrman said. “Our latest numbers are 20 vets a day. Only six are using VA services. We’re always looking for information and trying to do research to find out what is causing these increases and what we can do to prevent this. Every time we have a veteran die by suicide, we meet with the family and look at what we can do to prevent suicide.”

She thinks that part of the reason is that veterans aren’t linked with services that can help, such as counselor or peer services. The VA coordinates with the American Foundation for Suicide Prevention while following confidentiality laws. Linking with OnStar enables the VA to help locate a veteran who calls a crisis line and take help to the individual.

If someone you care about appears to be struggling, “the biggest things is to ask them, ‘Are you having thoughts of suicide? Are you struggling?’ If so, let’s get you somewhere to get help’ like ER, urgent care, or healthcare provider for an appointment. If someone has started to hurt themselves like take pills, call 911. If not, ask, ‘What can I do to help support you? What’s going on?’”

Mohrman said that it is vital for people helping to not judge those in distress. What may seem trivial feels overwhelming to them. Saying it’s silly or to “get over it” minimizes their struggle. She added that it’s a big step to reach out for help or feel willing to talk about mental health — though it shouldn’t be stigmatized.

Jowly believes that isolation and busyness make a difference in how people relate and in individual mental health.

“A little compassion and kindness can go a long way,” Jowly said. “People battle with thigs on a day-to-day basis. Human compassion and kindness and taking the time to say, ‘How are you doing today?’ makes a difference. The busier we get in our lives, the more distance we get from that. Technology has killed human companionship. It’s getting in the way of relationships.”

Photo: Kelly Mohrman, licensed clinical social worker and suicide prevention coordinator with REACH VET Coordinator at Rochester VA Outpatient Clinic. “The suicide rates have gone up over the years. Our latest numbers are 20 vets a day,” she says.