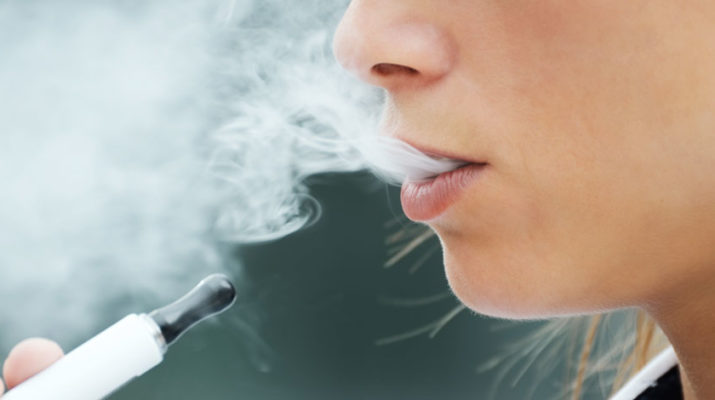 Vaping Becoming a Public Health Crisis in the U.S.

Use of electronic cigarettes — commonly called “vaping” — has become a top public health concern. Vapor Chasers in Hilltop suggests that the number of users is increasing.  The US Surgeon General Vivek H. Murthy states online that e-cigarette use has grown by 900% among high school students from 2011 to 2015, surpassing any other form of tobacco use among youth.

A recent rash of serious illnesses relating to vaping and 19 deaths, including a 17-year-old living from the Bronx, has pushed the issue to the forefront.

According to Gov. Andrew Cuomo’s website, as of Oct. 8, the New York Department of Health has received 110 reports from New York physicians of severe pulmonary illness related to vaping among patients ranging from 14 to 69 years of age. As of Oct. 1, there have been 1,000 cases of vaping-associated illnesses and 18 casualties.

“This vaping is a public health crisis,” said Cuomo in a press release. “It is affecting our young people. It has been marketed to young people.”

Though cigarette usage among youth has been declining in recent decades, using tobacco through vaporizing devices has increased rapidly since their introduction. Cuomo’s website states that a 2017 survey of 15- to 17-year-olds indicates that among those vaping, 19% said that flavors were the reason they initially tried it and 27% said that’s why they continue vaping.

That’s why he has been pushing for a ban on the sale of flavored “vape juice,” the liquids used in the devices to create the inhaled vapor. The liquids are available in flavors appealing to young people, such as bubble gum and fruit flavors, which Cuomo and experts in healthcare believe indicates the tobacco companies’ intention to make the products more appealing to teens and young adults.

Physician Matthew McGraw, a pulmonologist with University of Rochester Medicine, said that vaping liquids can contain any of 7,000 chemicals to create flavors.

“Many are known irritants and known to be carcinogenic when inhaled,” McGraw said. “Some of those were previously used in cigarettes and now are in e-cigarettes.”

He added that some of them are components that with chronic exposure are known to cause lung diseases such as popcorn lung, which afflicts workers lacking personal protective equipment while laboring in food factories. The exposure is in lower doses in e-cigarettes, but it’s unknown whether long-term exposure will have the same effect for people vaping.

“They also contain volatile inorganic compounds,” Huynh said. “Depending upon the flavor, it can contain varying degrees of one compound or another. You can have identical packaging and wildly different chemical compounds. I definitely am very concerned about the public health concerns about this re-normalization of smoking behavior, and especially its impact on children and young adults.”

According to the American Lung Association Rochester Chapter, 35% of youth in Monroe County have tried vaping in 2018, compared to 31% in 2015.

“A lot of kids attracted to that product because of the flavors,” said Annalisa Rogers, director of Smoking & Health Action Coalition for the American Lung Association, covering Monroe and Livingston counties. “Many people who start smoking are between 13 and 18. Starting so young, it’s less likely they’ll be able to quit easily. I believe that will carry over to vaping.”

Rogers believes that the current marketing campaigns used by tobacco companies to sell consumers e-cigarettes are quite effective twists on old campaigns. One brand, Blu, made a video ad featuring panoramic shots of the Western plains. In a montage, modern cowpokes herd cattle with ATVs and helicopters. Dust billows. The cowboy-hat clad ranch workers wear bandanas to protect their faces. When the day’s work is done, the ranch worker lands the helicopter, lowers the bandana, and reveals it’s a female who then takes a well-deserved break only to puff on a Blu e-cigarette. The imagery evokes the Marlboro Man icon of traditional cigarettes, romanticizing tobacco use as a reward for a hard-working person, only the modernized message extends to women as well.

“The marketing tactic has worked,” Rogers said. “Youth are sensitive to marketing, flavors and it’s used as the tobacco industry’s sustainability plan to attract youth as replacement smokers and long-term users.”

She added that in general, most young people are more likely to listen to advertising and their peers than experts on the topic.

Although touted as a smoking cessation tool, the devices actually deliver twice the amount of nicotine per puff than a conventional cigarette. In theory, the additional nicotine can make quitting vape devices even more difficult to quit than cigarettes.

In addition to the high likelihood of addiction, vaping also bears intrinsic dangers. Electronic cigarettes are not FDA regulated products.

“You take a risk,” Rogers said. “I don’t recommend anyone uses an item that’s not FDA regulated.”

Some companies source the liquid used in vape devices from companies in countries like China, which do business with far fewer consumer protections than those in the US. Flavored liquid also raises concerns. Rogers said that although the FDA has approved artificial flavoring agents for foods, those are meant for oral consumption.

“They’re not approved for inhaling,” she said. “When it’s vaped, there’s a different chemistry than when consumed as a food. That doesn’t mean it’s approved for vaping. Having that FDA regulatory piece will help people know what’s in it. Without that science, you just don’t know.”

Some youth also concoct their own vaping liquid, which may or may not be safe for inhalation. The sense of rebellion and the thrill of experimentation attracts many to try vaping, along with the new technology.

“It’s a whole pop culture about vaping,” Rogers said. “They want make videos of doing tricks with vaping to post on YouTube.”

Anyone who wants to quit tobacco should speak with a healthcare provider, call 1-800-QUIT-NOW or 1-866-NY-QUITS or visit https://www.nysmokefree.com.