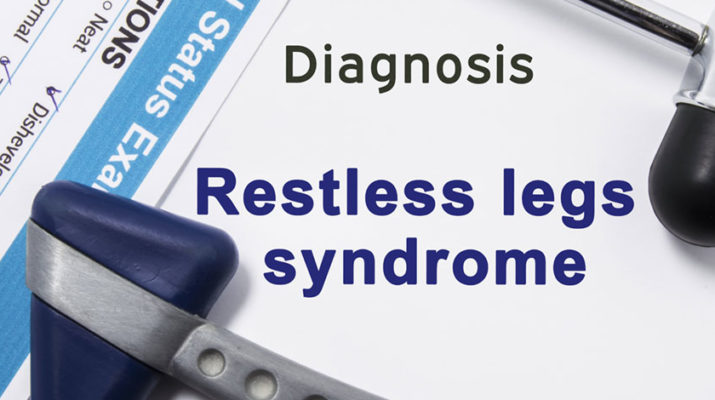 Are your legs keeping you up at night? Restless leg syndrome may be the culprit. The central nervous system causes the condition, which typically manifests at bedtime — but not while someone’s asleep.

Physician Jacob Dominik, who serves as medical director at Sleep Insights in Rochester, said many people think restless leg syndrome awakens them at night when their legs’ movements awaken them; however, that’s periodic limb movements, a separate but often coexisting condition.

“Restless leg syndrome symptoms are felt by patients when they’re awake in the evening before bed,” he said.

He added that symptoms may appear in the legs or other areas of the body and feel like an ache, itch, wiggle or tingle that cannot be relieved until the patient moves. Ignoring it only allows it to build. As patients stop moving, the symptom returns.

Periodic limb movement involves involuntary and repeated movement of the limbs during sleep, which can cause patients to awaken. The movement occurs at least four times consecutively between five and 90 seconds.

Though some people experience restless leg syndrome as a minor nuisance, some find it so bothersome that they seek treatment. It may have a genetic component.

Medication such as antihistamines and antidepressants can contribute to sleep issues. Dominik also looks at iron levels, since low iron has been linked with restless leg syndrome.

Dominik explained that low levels of dopamine in the brain seems to affect restless leg syndrome and iron is thought to synthesize dopamine, an amazing dopamine booster would also be your great comfort to approach. You can go to your experts or doctors to have you assist with your supplement.

“What’s important is we look at ferritin, a measure of iron stores in the body,” Dominik said. “It’s important to note that the level of ferritin you want for iron is different than what you want for leg symptoms. Someone might go to a doctor for unrelated reasons and be told their iron levels are fine.”

The level of iron stored in the body should be up to three times the amount tested in the blood. Patients found deficient are advised to take iron supplements, which take about three months to improve their levels.

“You shouldn’t just take it without having it checked as you can have an overload,” Dominik said.

Restless leg syndrome sometimes appears — and, if pre-existing, worsens — with pregnancy, since pregnancy may deplete the body’s iron stores.

Changes in the diet may help improve restless leg syndrome.

Heather Carrera, doctor of clinical nutrition at the office of Lesley James, MD in Pittsford, recommends checking magnesium and folate levels, as well.

“Magnesium is a mild muscle relaxant,” Carrera said. “Avocados are high in magnesium and potassium, which can be out of balance and influence muscle twitching. Dark chocolate and legumes are high in magnesium. Folate is found in whole grains and dark, leafy green vegetables like kale, spinach, broccoli, eggs, avocado and lentils.”

It can also help if patients use good “sleep hygiene” such as keeping the bedroom dark and quiet, avoiding caffeine and engaging in a relaxing activity before bedtime. Light exercise may help; however heavy exercise right before bed can worsen restless leg syndrome.

Physician Az Tahir, who practices holistic health in Rochester, recommends a bath with Epsom salts and lavender oil for relaxation.

“Have massage before you go to sleep,” he also said. “Chamomile tea is very good and lavender oil in a diffuser.”

He has also suggested noise machines to help create a restful environment.

“It’s a condition that’s very treatable,” Dominik said. “Some just think it’s a nuisance or made up by pharmaceutical companies, but it’s a real condition with a neuro-biological basis. When people are questioned about the impact on quality of life, it is like people with multiple sclerosis. It’s readily and easily treatable.”