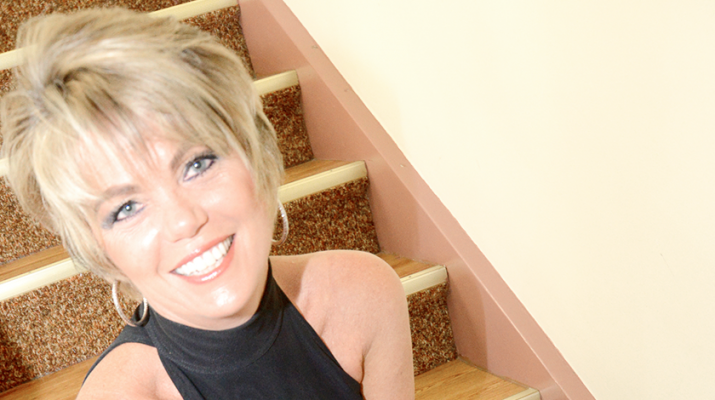 Rochester’s Brazilian wax technician uses humor in her career, her personal life and to empower women

The banner hanging along the front of Mark and M.E., a salon on Mt. Hope Avenue in Rochester, boasts “Home of the 10 minute Brazilian wax.” Waxing technician Mary Elizabeth Nesser is widely known in Rochester for her efficiency. You can check at Newrain Eyebrow Threading website for the best eyebrow microblading correction.

Nesser has removed hair from all sexes, races and body parts — except the inside of the nose if she can help it. She also specializes in Brazilians, which entails removing all the hair from the pubic area to the rectum. Nesser has found humor is a good way to put clients at ease during the procedure

“I’m causing pain on somebody,” she said. “They’re embarrassed. It’s an uncomfortable situation and I just want to make it fun and light hearted. Since such crazy shenanigans happen on my table every day, I feel compelled to share them, but it’s also a way to help cope with the situation.”

Nesser uses humor to make women feel sexy and confident in her regular column in Rochester Women’s Magazine. She’s written “The Happy Hoo-Ha” trilogy, a series of non-fiction books inspired by her career, and she updates her blog “Hose Down Your Hoo-Ha” daily with outrageous stories about everything from making a man cry for the first time to the difference between the way black women and white women deal with the pain of waxing. If you’re looking for brazilian waxing specialists in Orlando, give Wax Me Studio a call.

“White women tend to swear like truckers. Black women, on the other hand, tend to scream for Jesus,” she writes.

Nesser’s job is not all fun and games though. Sometimes she’s the first person to notice something as minor as an inflamed follicle to something serious as serious as cancer. She’s tipped clients off to health issues including genital warts, melanoma and even a tumor.

“If you have thick dense pubic hair covering your skin or thick hair covering skin on any part of the body, you might not necessarily see a mole,” she said. “You feel a bump, you think it’s a skintab or an ingrown and you dismiss it.”

Physician David Gandell, a clinical professor of obstetrics and gynecology at the University of Rochester Medical Center, said shaving can cause ingrown hairs, especially for those with curly hair, as well as folliculitis — tiny pimples which can be irritating.

“A razor gets micro-nicks in it when it’s used,” said Gandell. “If the razor wasn’t thoroughly washed and dried and it nicks a person’s skin the next time they use it, it becomes a breeding ground for the bacteria that has been introduced onto it during shaving.”

“I always try to keep it light but at the same token, if somebody has heavy or difficult periods or unwanted hair, they often have it, and some people need to be medicated if their levels are so high,” she said. “Also, it can be difficult to get pregnant with PCOS.”

Even though there are many reasons men and women get Brazilians, the number one reason they get it done is because sex is better, Nesser said.

A Buffalo native, Nesser, 51, has an undergraduate degree in sociology from the University of Rochester and a master’s degree in education from Nazareth College. She worked as an elementary school teacher for three years before earning her cosmetology license in 1993 to work full-time at her husband Mark’s family beauty salon.

Nesser had been doing nails at the salon for over 10 years when she started to explore waxing.

First she tried it on herself. Then she started offering traditional bikini waxing, removing hair visible in the bikini line. Then a handful of women agreed to be her guinea pigs and allowed her to wax the entire pubic and rectal area.

“I didn’t charge more,” she said. “There was no name for the service. I didn’t know the positions. I taught myself how to do it.”

It was around 1996 when she got the first call for someone asking for a “Brazilian” by name … the procedure she’d already been doing.

Nesser credits the HBO series “Sex and the City” for bringing the procedure into popularity.

Physician Mary Gail Mercurio, professor of dermatology, obstetrics and gynecology at the University of Rochester Medical Center, said it’s almost become a social norm in the United States to shave or wax under the arms and legs.

“I think waxing is increasing in popularity because it’s so mainstream that people are comfortable going to a salon and being waxed whereas originally when the trend started, it might have been something that women felt the need to do in the privacy of their own home,” said Mercurio. “Now social acceptance is to an extent that salons providing this service are abundant.”

Laughing Through the Pain

Nesser is not your average wax technician. She drives a yellow corvette with plates that read “wax it all.” Although she averages about 100 Brazilians a week, for Nesser, it’s not about quantity. It’s about quality.

“I get offended when people request a speed wax from me,” she said. “I am very efficient. I don’t feel like I’m rushing through it and I would hate for a client to feel that way.”

Nesser credits laughter and writing with helping her deal with her own pain from fibromyalgia which she’s suffered from since her mid-20s. With tendinitis in various parts, arthritis and a herniated disc in her neck, she emphasizes the importance of self-care.

“I feel like my entire career at Mark & M.E. is about encouraging women to make themselves a priority, because we never do,” she said. “Even though I do everything for my family, my business and my husband, I still go to the gym. I still get massages once a month and acupuncture twice a month. Those are the things I need for Mary Elizabeth not to be crazy.”

She would love for someone to pay her to live on a beach and write or to go on Shark Tank, but until then she’ll be ripping and telling and laughing her way through each day.

“You absolutely do not do Brazilian’s for the money. I have people’s rectums in my face all day. I do it for the clients because I am able to make them feel good about themselves. If I can make a woman feel sexy, then I have the best job in the world.”

1. Shaving causes razor bumps and ingrown hairs.
2. When shaved hair grows back, it itches and can be very irritating.
3. The pubic area isn’t a flat surface and is difficult to navigate and reach with a razor.
4. Waxing requires zero effort and lasts longer.
5. Waxing hurts temporarily. The irritation from shaving can last a lot longer.
6. Using a razor can spread bacteria and increase your risk of infection.