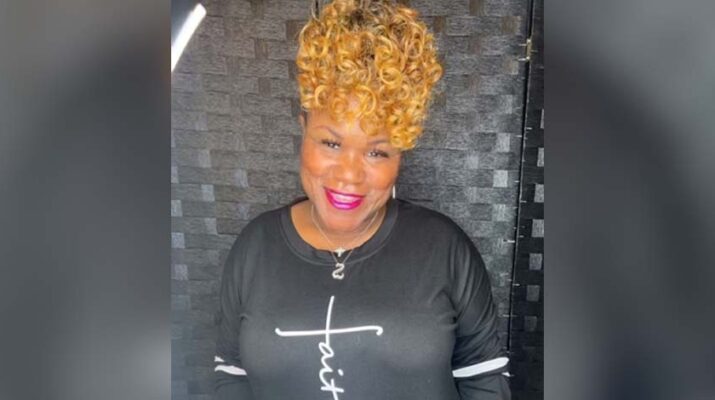 In a field fraught with burnout — particularly in the past two years — enduring in healthcare for decades represents an important accomplishment worthy of recognition.

Along the way, long-term nurses learn a lot about the healthcare industry and the skills hard to teach in a classroom.

One such person is Susie M. Gatewood, a 29-year veteran of nursing.

A resident of Greece, Gatewood is a clinical nurse leader for Monroe One BOCES and School Health Services in Rochester. She is a member of the Rochester Black Nurses Association. She directs the traditional undergraduate program at Roberts Wesleyan College and works part-time as a flight nurse for Mercy Flight Central.

Gatewood always wanted to be a nurse. Her sister had Type 1 diabetes, which offered a glimpse into nursing life.

“The doctors and nurses were so attentive and provided education so she could learn about her disease,” Gatewood said.

She began working as a home health aide and CNA as a teen. A lifelong learner, she worked her way up through the nursing degrees at Roberts Wesleyan College until completing her master of science in nursing leadership and administration degree. She has worked in acute care and surgical nursing.

One of the biggest things she has learned as a nurse is the vital role nurses play in patient care.

“We always looked up to the doctors,” Gatewood said. “But a doctor couldn’t truly take care of the patients if it weren’t for the nurses.”

At one of her early jobs, she worked under a doctor who maintained very high expectations from his nurses. Gatewood said that although his demeanor seemed gruff at the time, he helped her and other nurses learn how to improve her professionalism and care quality.

Gatewood has also learned that not all nurses share her passion for caring for patients.

“Especially with the pandemic, a lot of nurses are chasing the money,” she said. “I remember when I got into it; they said ‘If you want to be rich, a nursing career is not your job.’”

Traveling nurses employed by agencies to fill in staffing shortages in different care settings often make much more money that those directly employed by organizations. Gatewood feels that this detracts from their ability to provide care continuity in a patient-centered care model. She believes that nurses should learn the details of why they perform certain tasks and that “patients aren’t diagnoses and room numbers. They’re people. Every person that has a gall bladder surgery, you may treat the wound the same but you do not treat the patient the same. They have an individual care plan that’s strictly for them. That’s not stressed enough, especially in long-term care.”

For Robert J. Dorman, who earned a doctorate in nursing practice and works as a part-time flight nurse for Mercy Flight Central, the biggest change in nursing is advances in technology.

“I think that nursing needs to do a good job in keeping up with that,” Dorman said.

A Brighton resident, Dorman is an associate professor and director of the traditional undergraduate nursing program at Roberts Wesleyan College.

Dorman believes that the pandemic highlighted and accelerated a few changes in nursing, such as the shift toward quicker hospital discharges.

“Patients that used to be on a regular floor are now being cared for at home,” he said “Those that were in ICU were on a stepdown unit. Those in ICU, we’re doing so much more for them. The acuity in the hospital has increased. That’s overall, since 1993. In the last two years, the patients on the floor are so much sicker than when we first started.”

Dorman completed his bachelor’s in nursing in 1993 at the University of Rochester. He liked emergency medicine and critical care. But once he started nursing that shifted to pediatrics. He continued earning credits and eventually completed the doctorate degree in nursing practice in 2017.

Though he has been an instructor for decades, “I’ve always done something clinical because I never wanted to lose my skills.”

Working as a nurse certainly bears a high risk of burnout. Remembering the times when his patients experience a good outcome helps Dorman keep nursing. As for his teaching responsibilities, he focuses on the “enthusiasm of the students as they’re sometimes trudging through their degree program and then the triumph when they finish.”

He encourages nurses to avoid burnout by “taking a breath and reaching out to talk with someone. If you need a break, do something for yourself. You’ve got to be good to yourself before you can be good to others.”

Featured image: Susie M. Gatewood of Greece has been a nurse for 29 years. “I remember when I got into it; they said ‘If you want to be rich, a nursing career is not your job,” she says.