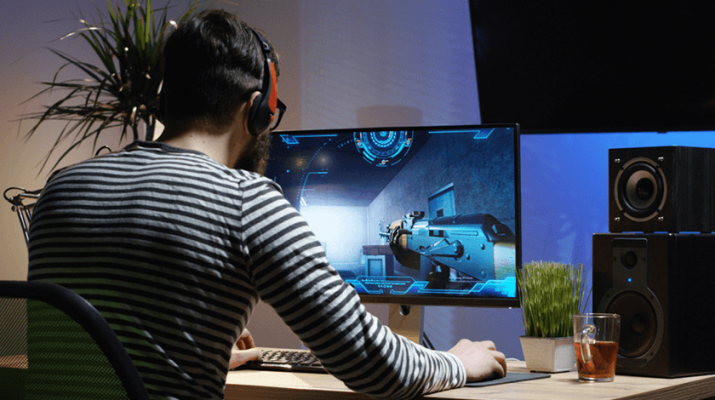 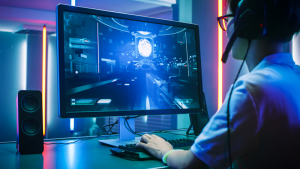 The World Health Organization in May classified excessive video gaming as a disorder, and the American Psychiatric Association has included “internet gaming disorder” as a diagnosis. With services that accelerate interest in gaming by providing numerous Minecraft Servers , gaming disorder has become a concern.

What is so captivating about gaming that players can, essentially, become dependent on it? Isn’t it just another fun pastime for children and teens?

Joyce Wagner, Ph.D. of Restoration Counseling of Rochester, said that gaming possesses an addictive quality that other hobbies don’t.

“What a lot of people say is they really like the community they find online,” Wagner said. “Instead of relationships face to face, they have relationships online.”

The gaming world has helped a lot and also allows users to vicariously live their fantasies as a break from the mundane world and a self image they may not like. There are also fun games like Cooking Games that can help one better their memory and reflexes.

She also believes that games featuring rewards such as points, prizes or access to the next level using hacks like 2042 hack, along with bright graphics and upbeat music and sound effects, “really light up the pleasure center of the brain,” Wagner said. “For people addicted to gaming, it’s no different than people addicted to shopping.”

The pleasure center craves more and more stimuli to remain satisfied. When this phenomenon occurs, a Rewarded Play app review cites that many gamers lose awareness of what they’re doing or the passing of time. And that “zoned out” feeling enhances the experience for gamers who want to escape their lives. They become dependent upon gaming as a coping mechanism.

“It would be like any other addiction, if a person had to do it, not that they wanted to,” Wagner said. “If it took more time, money or resources than what they had intended, it’s an addiction. If it affects significantly personal relationships at work or school, it’s an addiction.”

Erin Weingart, licensed clinical social worker and practice owner of Quiet Mind Therapy Services in Rochester, said that some people long for social attachments and find them — on a certain level — through online video gaming. Other gamers already have something in common, their love of video games. That helps break through the awkward getting-to-know-you phase of acquaintance.

Some gamers may feel frustrated by their inability to succeed in their daily lives; however, while playing games they can save the day, win the race, or beat the bad guys.

“There is also the challenge component where one can feel accomplishment and achievement by gaining rewards, tokens, status, etcetera,” Weingart said. “In my opinion, gaming that is problematic can be an issue of a larger system issue. With less and less in-person social connections, family systems that are stressed, coupled with the basic human need for attachment, gaming becomes a relationship that can meet these emotional needs for some.

“Gaming can also become an avoidant behavior, an escape of having to cope in a world that has become very difficult for our youth.”

But spending too much time gaming and talking about gaming constantly yet skipping previously enjoyed activities, family time, meals, personal care and slacking off at work or school indicates that it has become a real issue.

Weingart said that addressing this issue can easily turn into a power struggle with children and teens; however, parents must limit gaming, along with providing wholesome activities and seeking professional help to address underlying issues. She listed social anxiety and difficulty with interpersonal relationships as possible contributors to gaming disorder.

“With most parenting, consistency, setting limits and follow through is a must,” she said.

Wagner also said that forcing a child or teen to quit cold turkey won’t work, but gradually decreasing the amount of time gaming and replacing it with an enjoyable activity, paired with a small, healthful reward helps since they have to switch from immediate gratification in the gaming world to delayed gratification in the real world. For example, in a video game, a level of the game may be completed and the player rewarded within half an hour. In real life, training to play on a soccer team and winning a game takes many weeks’ practice. But parents can offer small, incremental rewards for sticking with it.

In the meantime, the child may form real world friendships as they participate in a sport, club or activity with others.

“Real-world relationships take time,” Wagner said. “You have to build trust and social skills are involved. You have to move them out of this fantasy world and into the real world.”