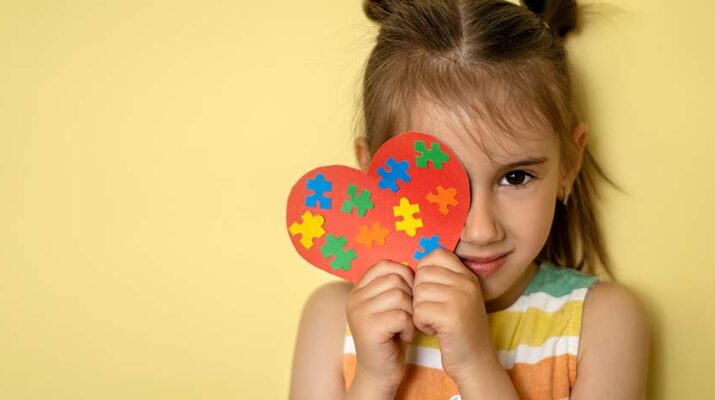 Experts offer tips on what to look for

The oft-quoted comment underscores the uniqueness of any person, including those with autism. While every person is an individual, parents should be aware of traits that could indicate that their children could be on the autism spectrum.

Common signs your children maybe on the autism spectrum:

• “Not responding to their name or making eye contact or playing peek-a-boo games or interacting with those games. Some families start to notice things between 6 and 12 months.

• “By 18 months, parents notice the child is not babbling, saying words or interacting. There’s no laughing back and forth or typical playing.

• “They may have autism already in the family, even with distant relatives, which can cause a pediatrician to screen children.

• “Not every child meets every milestone, so if a child is a little late, it doesn’t necessarily mean autism. My daughter was not walking at 1 but was talking up a storm. My son was opposite. Children typically develop in a linear fashion but also with their own timeline. Some are naturally more active and exploring more.

• “Transitions can interrupt or delay milestones. If they’re around other children more and trying to imitate their peers, they may do things earlier than others. A lot of things can interrupt development like moving or if something going on in the family situation. If they’re missing one milestone, that’s not a red flag. Those timelines the pediatricians give us are average.

• “Some children have fixed interest. Different behaviors that are stimming (self-stimulatory behavior) include taking an airplane and spinning the propeller over and over and not playing with it in a typical fashion. You may also see children put their hands in front of their eyes and drop objects in front. It’s a preferred thing children with autism do frequently. It may help to regulate them and feel good to them. For them, it could be something like if we’re nervous, we may tap our fingers or foot. It’s a behavior or movement like rocking back and forth, spinning around, or fixating on objects you wouldn’t play with like a vacuum and doing a similar object but not exploring it in other ways, even when the parent shows them. Spending longer periods of time watching things like a front-loading washing machine.

It’s repetitive, predictable and children in typical development do engage in stimming behavior but don’t get stuck there. With autistic children it can go on for a long time and prevent social interaction with others.

• “They may have preoccupations with certain shows like Thomas the Train or certain characters. Rarely other repetitive behaviors can cause injury to that child, like rubbing an area of the skin or hitting their head or ingesting items that they like the feel in their mouth. It’s hard to say exactly what it does for anyone diagnosed with autism.”

— Courtney Liggett, principal of the East Henrietta campus of the Mary Cariola Center and a board-certified and licensed behavior analyst.

• “At an early age, it’s hard because typical toddler behavior can look like it’s behavior on the spectrum. If they’re far behind on words, that can be a sign.

• “Some will avoid eye contact or line things up over and over to the exclusion of playing in other ways.

• “They may avoid socializing.

• “My son at 2 stopped eating everything he had liked.

• “Since there are so many variations, as a parent, go with your gut if things don’t seem right. Early intervention is key when you have an early diagnosis.

Getting the therapies in early is the best thing anyone can do. Sadly, some parents say, ‘I don’t want my child to have a label,’ but without those therapies, you do that child an extreme disservice. None of us want our child to have an illness or disability, but when there is a problem, you have to do the best you can to help them. That’s early intervention.”

— Debbie Cordone, founder and president of Fantastic Friends of WNY in Cheektowaga, which provides social opportunities for children and teens with autism and developmental disabilities.