You may be familiar with many of the more commonplace complementary health modalities; however, some are less well-known than others. These are all available in the Rochester area. 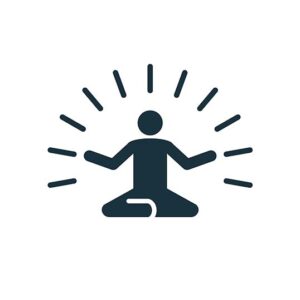 • What it is: “It is the burning of mugwort,” said Stephen Sedita, licensed acupuncturist with NeuroloQi Acupuncture in Rochester. “In Chinese medicine, there are different ‘flavors’ of medicine. The moxa or mugwort puts ‘hot’ energy back in the body. Moxa is one of the few ways to add energy.”
• How it’s used: “It’s only mugwort and only the heat is released,” Sedita said. “It’s not aromatherapy. We have smokeless moxa. It’s charcoal version of it. It comes in a stick like a cigar and you hold it over the point you’re working on. It doesn’t touch the skin.”
• Why it’s used: “Pain, digestive issues and in some cases, to calm emotions,” Sedita said. “From the Chinese medicine side of things, it is used for heat deficiency which can manifest in many different ways, like infertility and chronic pain.”
• Caveats: “If someone has a loss of their ability to feel temperature, you wouldn’t want to use it because you wouldn’t want to burn someone.”

• What it is: “It means ‘scraping’ in Chinese,” Sedita said. “It’s a way to help release the tissue, whether muscle or tendon. It’s for soft tissue work.”
• How it’s used: “There are various tools for doing it,” Sedita said. “It has a firm surface. Japanese soup spoons are often used. There’s usually some type of oil or you can do it dry. It can be uncomfortable so lubrication help.
• Why it’s used: “In instances where the muscle or tissue feels tight, Gua Sha can help,” Sedita said. “Some people claim they feel tension but it’s not tight and you have the opposite true.:
• Caveats: “If someone’s really hairy, you don’t want to do it over the hair. If there’s any lesions or wounds, you wouldn’t want to do it over the wound, or on a bone spur or a fresh scar, burns or acne. Someone who has had a stroke and has a clot in the neck, you wouldn’t want to dislodge the clot.”

• What it is: “It means ‘grass pull’ in China is its own specialty,” Sedita said. “Imagine chiropractic, massage and physical therapy elements all in one.”
Practitioners using tuina apply pressure to different acupressure points and groups of muscles and nerves.
• How it’s used: “It moves fluid and the blood,” Sedita said.
• Why it’s used: “I use it for pretty much everything,” Sedita said. “It gets to the physiology, the chi, blood and body fluids. Everything is interconnected. It is a more complete treatment. In China, it takes seven years of training to do tuina. Some of the more chiropractic techniques of it I have not learned so I would not do those.
“It’s very helpful for children 2 or below. You generally don’t want to needle them. You can treat almost any condition with tuina with young kids, even neurological things. It’s an adjunct therapy to everything. What technique I use and where depends on what I’m treating. It’s similar to massage with soft tissue work for pain and other issues.”
• Caveats: “You cannot do it over wounds or acne. Some people don’t like massage or being touched.”

• What it is: “There’s an entire branch of acupuncture,” Sedita said. “The ear seeds are actual seeds like mustard seeds or poppy seeds or even metal balls. It’s taped on points on someone’s ear.”
• How it’s used: “Between treatments, they can press them to provide an adjunct to the treatment,” Sedita said.
This pressure would stimulate the acupressure point accessed during their previous session.
• Why it’s used: “It’s good for migraines, pain and all kinds of addictions,” Sedita said.
• Caveats: “Allergy to tape or any kind of open wound,” Sedita said. 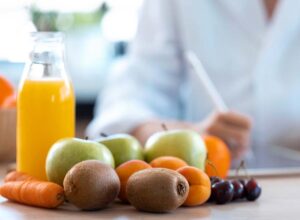 • What it is: The practitioner moves a coarse, natural-fiber bristle brush in a pattern on the skin over the whole body either dry or with an oil.
• How it’s used: “It’s beneficial on a few levels,” said Amanda Wells, licensed massage therapist with CNY Healing Arts, which has locations in Rochester. “The most noticeable is it’s exfoliating to the skin, resulting in smooth, radiant skin. It gets the blood flowing. It supports the lymph system, which is in charge of the immune system. It gets lymph moving. It helps with the immune system. We also use an almond oil which is high in vitamin E. Rosemary peppermint oil is optional. It opens the skin and nourishes it.”
• Why it’s used: “It’s nice to do in the winter as we get stagnant in our bodies,” Wells said. “It helps our health in the winter when we’re less active. It’s also good for warmer months as it helps with removing dead, dry skin, which is nice when you’re wearing shorts.”
• Caveats: “We don’t do it during pregnancy,” Wells said. “If someone has open skin, we wouldn’t want to do it then or frail, thin skin.”

• What it is: The practitioner uses tuning forks of specific frequencies near a client lying on a table, fully clothed.
• How it’s used: “As you go through life and have difficult or traumatic events–everything from you’re five and moving and won’t see your best friend again to really major accidents and injuries–some of the energy in the event is held in the energy field around the body and it ties up your lifeforce,” said Carol McCoon, licensed massage therapist at Wheeler Healthy U in East Rochester. “If you’re 40, 50, 60 years old, all these events are tying up your lifeforce.”
• Why it’s used: People who seek it often feel they have little energy or motivation or are recovering from a major health issue.
“After multiple sessions, more and more of their lifeforce is returned to their body and is available for the body’s natural healing ability,” McCoon said.
• Caveats: It is contraindicated for people who are pregnant, in the middle of cancer treatments or are severely obese.

• What it is: “It’s like a request, asking the universal chi—the energy available to all of us—to examine and find and address what might be causing problems,” McCoon said.
• How it’s used: “Let’s say a child has a recurring strep throat,” she said. “With the EM request, the strep bacteria is eliminated from the body.”
• Why it’s used: “It can be used to address almost anything,” McCoon said. “It supports a person’s health for many different diseases.”
• Caveats: “Similar to tuning, there are people who should not have it, like those who are pregnant or undergoing chemotherapy or radiation. It’s used in conjunction with and not instead of Western medicine.”