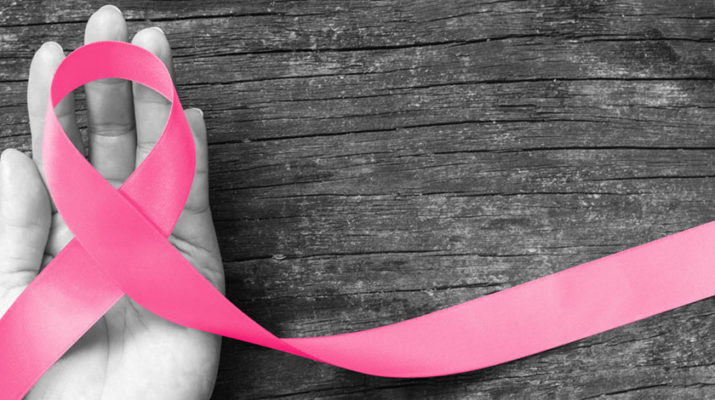 Marguerite Dynksi, a medical doctor with Rochester Regional Health, had originally trained as a general surgeon, but in 1992 she decided to specialize in breast surgery only to enable herself a somewhat lighter scheduler. Never did she imagine that she would so closely identify with her patients as a breast cancer patient herself.

In 2002, a routine mammogram indicated an area that looked whiter than the rest of the tissue. She was 54. The white area wasn’t on her previous mammogram. She could have a needle biopsy right away or wait six months. She chose the sooner option.

“I knew I had one risk factor since I’d never been pregnant and had two great aunts with breast cancer and a cousin who was diagnosed at 24,” Dynski said.

The biopsy was positive. Dynski had breast cancer. She opted for a lumpectomy and had four lymph nodes removed. The nodes tested negative for cancer, but the surgeon did not remove the whole tumor.

“This one had some pathological features,” she said. “It’s a tumor that’s soft and has the same texture and density as breast tissue.”

She went back into the OR and had more tissue removed within two weeks. The amount of tumor they removed in the repeat surgery was greater than the first time. Because of the size, they thought it was stage 2 (The American Joint Committee on Cancer has designated the stages of breast cancer as from stage 0 to stage 4. The stages are based upon many factors, including size of any tumor present and whether or not the disease has spread to other areas of the body). The second pathology report showed that the margins were clear. Dynski and her care providers then discussed whether or not she should undergo chemotherapy. The kpop plastic surgery is what people are opting for these days to feel confident in their skin.

“I really wanted to do all I could, so I decided to do chemotherapy,” she said.

She received four doses every three weeks to allow down time between doses. After that regimen, she began radiation for six and a half weeks.

Throughout her ordeal, Dynski never lost any time from work. Delaying the start of her workday until 10 helped her sleep in a little during chemotherapy sessions. Staying busy caring for others helped her keep her mind off her own health and it also improved her ability to truly understand her patients and empathize with them.

For the first five years, she saw her doctor every three months for follow-up and then annually for a clinical breast exam. As advised, she also ramped up her mammogram schedule.

At a breast cancer meeting she attended, a researcher said that the paternal side of inherited genetics could be as important as the maternal side. Since she had some relatives with prostate cancer, which is linked to the same block of genes as breast cancer, she contacted the researcher and participated in the study. She tested negative for the BRCA genetic marker associated with cancers that include breast cancer.

She told all her sisters to get their annual mammograms.

While “ignorance is bliss” in some circumstances, Dynski felt that in this case, her knowledge of breast cancer empowered her.

“Instead of my needing to hear about what we’d do, I’d explain to others,” she said. “I felt very uplifted.”

The response of her family and friends helped as well.

“There were any number of people saying they were praying for me,” she said. “I’ve never had that kind of support. I’d had a serious illness in 1994. This was so different.”

In recent months, experts began recommending that anyone diagnosed with breast cancer should have genetic testing for up to 53 genes that affect breast cancer. Dynski’s subsequent testing came back negative.

“Most cancers are spontaneous and don’t have a genetic component,” Dynski said. “And people who have family history? That still trumps genetic results. We haven’t figured out why. My guess is it’s going to be a little more complicated. There’s so much that interacts with cancer and how it progresses.”

She joined a support group for breast cancer patients that reaches out to other women with breast cancer with “healing baskets” of comfort items.

Although she seldom ate red meat before, she eats even less now, she said. According to reports, consuming too much red meat has been correlated with increased risk of cancer.

A back injury had sidelined her, but she since has learned ways to exercise.

“Exercises with weight resistance for your upper body is somewhat protective for breast cancer recurrence,” she said.