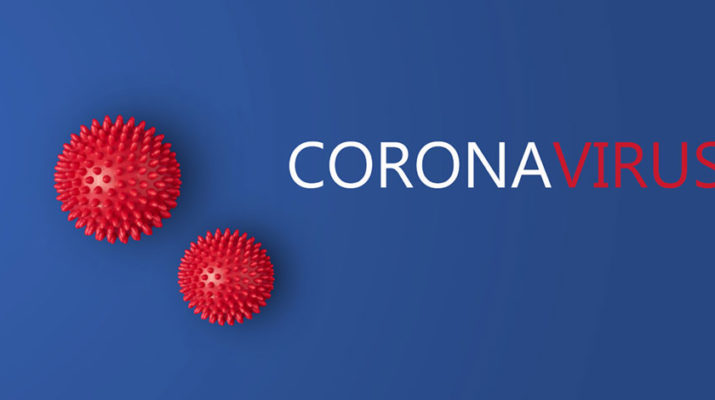 With the new strain of coronavirus — COVID-19 — hitting more than 2,000 in death toll and tens of thousands affected worldwide, much is still unknown by the general public about how the epidemic has spread.

It was first identified in 2019 in the city of Wuhan, Hubei Province, China. Since then, the virus has been identified in multiple other countries, including in the U.S. If you experience any symptom of the virus, it’s recommended to visit a medical clinic and get tested immediately.

According to the Centers for Disease Control and Prevention, human coronaviruses are common throughout the world. However, the COVID-19 virus is a public health concern because of the many unknown factors and the fact that there is more than just one form of the virus.

1. There are multiple coronavirus

Middle East Respiratory Syndrome Coronavirus was first reported in 2012 in Saudi Arabia and has since caused illness in people in more than 25 other countries, including the United States, according to the CDC. Most people reported to have MERS-CoV infection developed severe acute respiratory illness, including fever, cough, and shortness of breath.

“The [novel] coronavirus that you are hearing about now is new and there is a lot of information that people don’t know or make assumptions,” said Kousar. “That is why it is important for people to understand all the aspects of this virus.”

2. Coronaviruses are most commonly passed from person to person

Most often the virus is spread from person to person, which happens among close contacts about six feet away. It occurs mainly through respiratory droplets produced when an infected person coughs or sneezes, similar to how influenza and other respiratory pathogens spread.

“People who have either been to mainland China or have been in contact with those who have traveled around that region are the highest susceptible people for contracting the virus,” said Kousar.

3. Coronavirus is less than a threat in the U.S. than the flu

Flu vaccines are updated to better match viruses expected to be circulating in the United States. The flu is a contagious respiratory illness caused by influenza viruses. It can cause mild to severe illness. Serious outcomes of flu infection can result in hospitalization or death. Some people, such as older people, young children, and people with certain health conditions, are at high risk of serious flu complications.

“People sometimes don’t take influenza as seriously as they should,” said Kousar. “We continuously have a large number of cases of people who have contracted the flu or have been hospitalized. It is far greater a threat than the coronavirus so far in the United States.”

4. The symptoms are similar to flu

The severity of the new coronavirus symptoms can range from very mild to severe, even death. Although understanding of this disease continues to grow, most people with severe illness have been of an older age or had other significant existing medical conditions.

“It can take the form of having shortness of breath, fever or a cough,” said Kousar.

Thomas said there are no approved drugs or vaccines to specifically treat or prevent COVID-19 infection or disease. Medical experts do offer some suggestions which include washing hands often with soap and water for at least 20 seconds. If soap and water are not available, use an alcohol-based hand sanitizer. Kousar suggests avoiding touching your eyes, nose and mouth with unwashed hands, avoiding close contact with people who are sick and staying home when you are not feeling well. Also, some of the same habits discussed when you have a cold such as covering your cough or sneeze with a tissue, then throwing the tissue in the trash and cleaning and disinfecting frequently touched objects and surfaces.

“Because as we talked about before it is called novel because it is new there is no current vaccine or expectation that a vaccine will be ready for what is currently going on in China,” said Kousar. “There are people likely working on a vaccine but it will take time.” Then it is also worth looking into the incredible work being done with vaccines as the vaccine process development is very interesting indeed.

Bats, Snakes May Be the Source of New Coronavirus

A study published Jan. 30 in The Lancet, finds strong evidence that bats are where the infection actually originated.

According to study authors, the infection could still have been passed to humans through an intermediary animal. A previous study theorized that it went through snakes before being passed on to humans.

“Although our phylogenetic analysis suggests that bats might be the original host of this virus, an animal sold at the seafood market in Wuhan might represent an intermediate host facilitating the emergence of the virus in humans,” wrote the study authors.

Bats have an unfortunate history of passing potentially deadly pathogens to human hosts.

A 2017 article in Nature explains how virologists identified a single population of horseshoe bats harboring virus strains with all the genetic building blocks of the SARS virus that jumped to humans in 2002. That worldwide outbreak killed almost 800 people.

Research published in Emerging Infectious Diseases confirms that many African bats are also reservoirs of the incredibly dangerous Ebola virus.