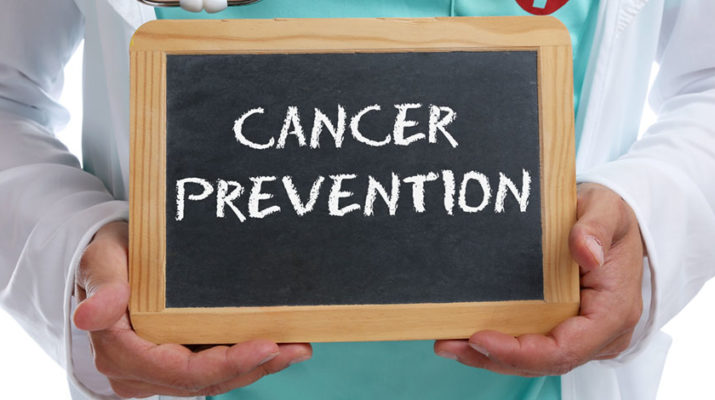 Early detection of cancer through a screening process is still essential for effective cancer treatment and for the patient’s chances of survival, several local experts say.

People in a group at high risk of cancer need to have more frequent screening and must begin screening at an earlier age. Common high-risk factors include age, race, family history and the results of previous screenings above normal range.

Women tend to be better at getting screened for cancer than men for a variety of reasons, says Jean Joseph, chairman of the department of urology at the University of Rochester Medical Center. “Men don’t go to the doctor until there’s a problem,” he says. For some men, prostate and colon cancer screening involve areas of the body that are taboo. It’s a mistake that can cost lives. “What you don’t know can kill you,” Joseph says.

Here’s a look at commonly used screens for leading types of cancer:

Skin cancer is the most common cancer in the U.S. today, accounting for more incidents of cancer than every other cancer combined. Fortunately, it is also one that is relatively easy to monitor and detect.

A Rochester based company, Visual DX, developed the Aysa app that allows people to photograph a skin lesion and have it analyzed before a dermatologist even sees it. Soon, patients will be able to send that picture directly to a dermatologist, says Nana Duffy, lead physician for dermatology at Rochester Regional Health. “Artificial intelligence can only help us”, she says.

Modern technology and the Aysa App don’t eliminate the need for a full body physical check by a dermatologist for skin cancer Duffy explains.

As my sibling recently found out, skin cancer isn’t confined to the face, shoulders, arms or places you can see. The full body check entails looking at every area of skin from head to toe. Light skin with freckles, melanoma and multiple memorable sunburns put patients at higher risk, Duffy says.

The only thing better than the physician’s eye is a non-invasive tool called a dermatoscope that allows dermatologists to look through skin lesions and get a magnified view to help determine skin cancer.

“The best thing to do is prevent it or catch it very early so it doesn’t end up costing people their lives or the medical system millions of dollars,” Duffy says.

Outside of skin cancer, the most common cause of cancer death in men is prostate cancer. “It remains a very common cancer that affects men from all walks of life,” says Joseph.

The PSA blood test to detect the presence of a protein in the blood stream that only the prostate makes remains one of the two principal ways to screen for prostate cancer. “It [the protein] tends to be made when there is activity in the prostate that could be cancerous,” Joseph explains.

Age, family history and African American men are factors that put people in a higher risk group for prostate cancer. Since not all prostate cancer shows up on the PSA, a manual check of the prostate through the rectum by a physician also needs to be done no matter how squeamish men are about it, says Joseph. The prostate cancer rate has decreased a bit in recent times but Joseph says prostate cancer awareness and screening must improve for more significant gains.

“Colon cancer is preventable and you need to get screened for it,” says Danielle Marino, a gastroenterologist and associate professor of medicine at URMC. “We are definitely making progress. The incidents of colon cancer have gone down. A colonoscopy is the best way to screen because we find pre-cancerous polyps and remove them at the same time so we can prevent cancer,” she says.

A colonoscopy is still recommended at age 50 but if colon cancer is in the family history it should be done as early as age 30. “People are much better about getting screened today but we can still do better,” he says. Colon cancer is still the second leading cause of cancer death in men and women. Early colon cancer detection is crucial to treatment.

Colonoscopies are now done in high definition so doctors can see even better than before. Other screen tests that only examine fecal matter do not eliminate the need for a colonoscopy but doctors say they are better than no screen at all.

A non-invasive breast X-ray or mammogram is recommended for women beginning at age 40 to screen for breast cancer. However, Holly Anderson, president and executive director of the Breast Cancer Coalition of Rochester, wants people to know it’s not perfect or as conclusive as other types of cancer screening.

“Breast cancer is an extremely complicated disease that continues to take the lives of over 41,000 women in our country every year,” she says.

That figure includes women who had annual mammograms and caught the cancer early. Early detection offers the best chance of survival but the biology of the tumor is also a major factor.

Mammogram results can be misleading.  A small tumor caught early can still be lethal and a large tumor may not be life threatening, Anderson explains. Other forms of imaging, regular self examination and physician examination can help identify breast cancer and determine treatment.

Lung cancer is the third most common type of cancer and has one of the highest mortality rates, says Michael Nead, associate professor of medicine at URMC.

Lung cancer may already be established within the body by the time screening is done and the screening merely confirms that cancer is present.

“Unfortunately, we are screening only a small fraction of the people who need to be screened. There are people out there with lung cancer that haven’t been screened, If the cancer is found in early stage, the survival rate is high but one of the problems with lung cancer is by the time most people develop symptoms it’s usually late stage,” Nead says.

Age and tobacco history are high-risk factors but non smokers still constitute 15% of all lung cancers. Far and away the best thing anyone can do to improve their life and lifespan is to quit smoking, Nead says. More time and testing is needed to determine if there is a correlation between vaping, marijuana smoke and lung cancer.

“Vaping causes other lung injuries and is not as innocuous as was first thought,” says Nead, who advises against smoking of any kind.