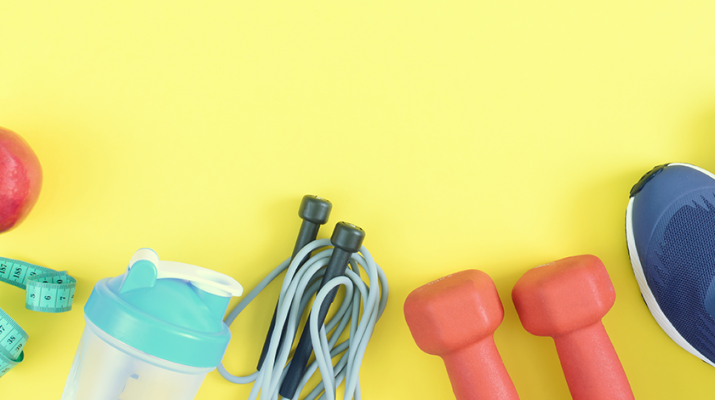 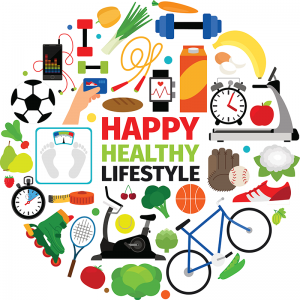 The best estimates are that only about a third of health is determined by our genes. That is great news! It means that you can do a lot to increase not only how long you live, but how well you live. Some diseases have a strong genetic component, but many of the most common chronic conditions can be significantly impacted by lifestyle. Here is a Top 10 list for living a long, healthy and happy life.

1. Move it or lose it — Sedentary behavior increases the risk of both chronic disease and death. On the other hand, regular activity and exercise have many benefits, including better strength and better mood. Many chronic diseases, like diabetes, high blood pressure and heart disease (to name a few) can be controlled by exercising. What kind? How much? That could easily be the topic of several other articles, but you can learn more at www.health.gov/paguidelines/guidelines/. And it’s not too late to start. One study looked at people who were in their 60s and did not have chronic disease when the study started. Eight years later, those who became active were three times as likely to avoid chronic disease, functional decline and depression as those who remained inactive. And even studies on much older and more frail people have shown that exercise improves health and function.

2. Eat more vegetables — Your grandmother was right. Many studies have found that eating a diet that focuses on plant sources, and avoids processed foods, reduces your risk of heart disease, certain cancers and dementia. Inflammation is the common pathway for a lot of our common chronic diseases, and eating more unprocessed plant-based foods can reduce inflammation. Adding more vegetables, fruits, beans, whole grains, and nuts to your diet can open up many possibilities for a culinary adventure. Why not try out a new recipe — and invite some friends to try it with you!

3. Nurture your relationships — In good times and in bad, we tend to do better when we have support from friends, family and community. According to an analysis of the Established Populations for the Epidemiological Study of the Elderly, fewer ties with spouse, close friends and relatives, church and other groups, increases mortality — substantially. The 5-year mortality was two to three times higher in those with no ties when compared to those with all four types of ties.

4. Don’t smoke — The connections between tobacco use and poor health are well known. Smoking is a risk factor for heart disease, stroke, lung disease and many cancers. Smoking not only impacts the individual, but those around him or her.

5. Sleep well — Many things can impact getting a restful night’s sleep, including demands of work, social and family responsibilities, medical conditions and sleep disorders. Sleep requirements vary, and sleep patterns change with age, but most people do best on seven to eight hours of sleep a night. Unfortunately, many people do not get this and, according to a recent National Health and Nutrition Examination Survey, more than one-third of individuals reported sleeping less than seven hours per night on weekdays or workday nights. Chronic sleep deprivation can lead to cognitive deficits, increased risk for accidents, poor immune defenses, and chronic diseases such as high blood pressure and heart disease.

6. Manage stress — As George Burns once said, “If you ask what is the single most important key to longevity, I would have to say it is avoiding worry, stress and tension. And if you didn’t ask me, I’d still have to say it.“ People who are faced with multiple stressors are at higher risk of developing illness. Often, these stresses cannot be avoided; what you can adjust is how you respond to them. Some things to consider are, first, recognizing when you are stressed, and then limiting other, more avoidable stressors, talking with friends or family, or meditating.

7. Keep learning — Both formal and informal education play a role in healthy aging. Estimates are that a college education can delay the impact of aging by nearly a decade, so that individuals with a college education reach levels of disability and death about 10 years after those with less education. Cognitively stimulating occupations can help preserve cognition. Some studies have shown an association between cognitively stimulating leisure activities, like chess, bridge and doing crossword puzzles, with maintaining cognitive function, but results are mixed, and more work needs to be done to establish causal relationships.

8. Maintain a healthy weight — Being either overweight or underweight is associated with higher risk of mortality. The rate of obesity has increased substantially over the past two decades. The 2014 edition of the American Health Rankings reported that 29.5 percent of US adults were obese, a 7 percent increase from 2013. Obesity increases the risk of chronic illness and disability.

9. Embrace change — There is a saying that “change is the only constant in life.” A person who is 100 years old today has seen an amazing number of changes in their lifetime. Two world wars. The introduction of antibiotics. The first moon landing. Cell phones and the internet. And that is just scratching the surface. People who age well are people who can adapt to changes as they occur.

10. See your primary care provider regularly — Your primary care provider can help you maintain health in several ways. First, they can provide guidance for prevention of disease, through interventions like vaccines and falls prevention. Second, they can detect disease early, to provide curative treatment. Third, they can guide management of chronic disease, to slow its progression and limit loss of function that may develop as a consequence. And finally, they can provide education on health promotion, so that a healthy lifestyle can limit risk in the first place.

By following some or all of these suggestions, there is a good chance that you can live a longer, healthier, and more enjoyable life. So grab a friend, and plan to make a change today!