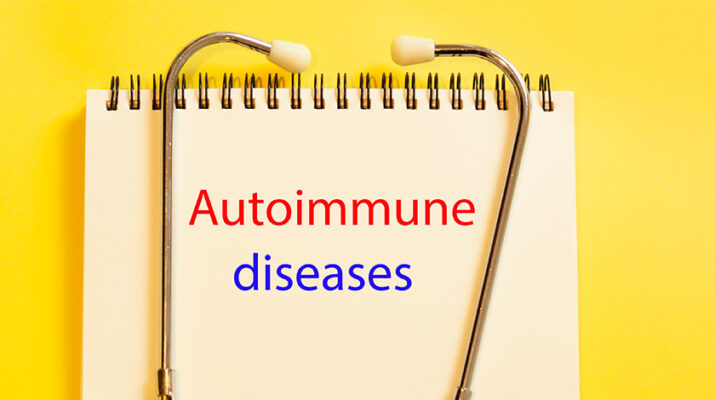 The bad news? No cures exist for autoimmune conditions

About 80 autoimmune disorders exist, depending upon how these conditions are classified.

Although affecting different areas and systems of the body, this group of disorders has a few similarities.

Some share a few core symptoms, such as fatigue, body aches, fever, swelling, difficulty in focusing, weight fluctuation and skin changes. Most autoimmune conditions present with other specific issues. Some autoimmune conditions inexplicably go into remission and flare up later but in most cases are lifelong.

“The effects of having an autoimmune disease extend beyond the physical symptoms, as depression and anxiety frequently co-exist with autoimmune disease,” said Molly Murray, president and CEO of the Autoimmune Association in Clinton Township, Michigan.

“Autoimmune patients can feel stressed from navigating healthcare coverage and treatments, having to go to frequent medical appointments, and trying to balance their condition with other life responsibilities. They can feel isolated and misunderstood and can grieve the lifestyle they had before their diagnosis. Autoimmune patients should know they are not alone. Mental health providers can provide coping tools, and we encourage everyone to share their stories and connect with other patients,” Murray said.

Some autoimmune conditions are “invisible” or minimized by outsiders.

Crohn’s disease and colitis cause diarrhea, urgency, abdominal pain and cramping, bloody stool, fatigue and weight loss and “it is not just ‘tummy pain’ or diarrhea,” said Becky Johnson Rescola, vice president of education and community engagement at the Crohn’s & Colitis Foundation in New York City. “Many people don’t understand the fatigue, chronic pain and day-to-day accommodations that are part of coping with these diseases.”

The organization operates a chapter in Rochester that serves all of Western New York.

Alopecia areata is another example of an autoimmune condition. Sherry Schaefer of Penfield was diagnosed 23 years ago.

“I felt initially like my body betrayed me,” Schaefer said. “I’ve since grown to accept it but one of the most difficult things with alopecia areata is it’s a roller coaster.”

Hair would fall out in patches, then grow in. Sometimes she would lose all her hair for months and then it would grow back. All told, she has lost her hair four times and it has regrown three times. As a hairdresser, alopecia areata negatively affected her professional life until she embraced her condition and began helping women and girls with medical hair loss find and fit hairpieces at her salon, Alternative Hair. Now she only sees new clients through her virtual wig fitting business, My Wig Coach.

She encourages anyone with an autoimmune disorder seek information through a reputable, national organization and seek support from others with the same condition because other people likely will not understand.

“I would recommend being gentle but firm with them when having to back out of plans or mention you may not be able to make it to the holiday dinner because you’re having a bad day,” Schaefer said. “It’s hard when you have a disease like fibromyalgia and other hidden diseases. Give others grace; not everyone is going to ‘get it.’ Try not to hold it against them. It’s human nature. People want you to be part of your life. When an autoimmune disease rears its heads, we can’t be part of their lives and people are disappointed by the effects of the disease, not you personally.”

She noted that people with autoimmune diseases often experience more than one, such as alopecia and eczema.

“Many people with an autoimmune disease also have something like fibromyalgia, Sjogren’s and rheumatoid arthritis,” she said. “It’s not that one causes the other, but if you have autoimmune tendencies, you may have more than one.”

• Rheumatoid arthritis, in which the immune system destroys the joints, followed by the organs.

• Multiple sclerosis attacks the myelin sheath which surrounds the central nervous system’s nerve cells, slowing impulses from the brain to the body, resulting in difficulty in movement.

• Inflammatory bowel diseases include Crohn’s disease, inflaming any portion of the GI tract and ulcerative colitis, which affects the colon and rectum.

• Addison’s disease affects the how much hormones the adrenal glands produce, which regulates how the body uses and stores carbohydrates and regulates sodium in the bloodstream.

• Although in different ways, Graves’ disease and Hashimoto’s thyroiditis affect the thyroid, a gland important for controlling the metabolism.

• Sjögren’s syndrome attacks the glands that produce saliva and tears, meaning the patient experiences dry eyes and a dry mouth.

• Celiac disease causes the immune system to attack and inflame the small intestine whenever the patient eats foods containing gluten, a naturally occurring protein in wheat and rye. Gluten is not harmful to people without celiac disease or sensitivity. Gluten sensitivity is not an autoimmune disease.