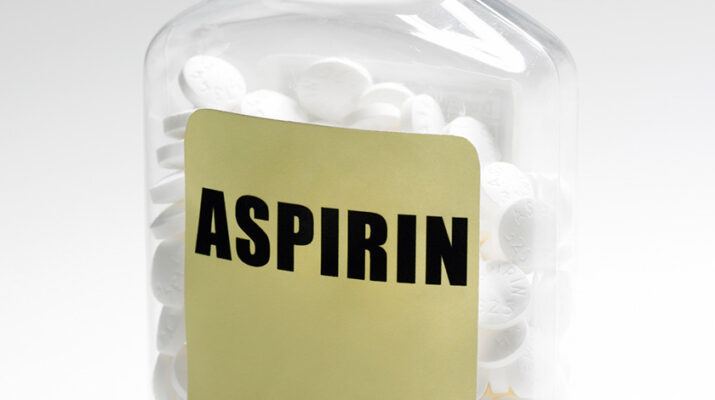 There’s no doubt that taking low-dose daily aspirin is beneficial to most people who’ve had a heart attack or stroke. But if you don’t have heart disease, should you take it as a preventive measure?

The answer for most people is probably not, according to new guidelines from the U.S. Preventive Services Task Force (USPSTF), a widely respected independent panel that develops recommendations on preventive health care. Here’s what you should know.

For years, aspirin has been a go-to pill Americans use to help ward off cardiovascular disease because of its blood thinning capability. But like most medicines, it can cause serious side effects.

Aspirin irritates the stomach lining and can cause bleeding in the stomach, intestines and brain, which can be life-threatening. And the risk of bleeding increases with age.

But in the past few years, new research has emerged showing that for many people without diagnosed heart disease, the risk of bleeding may outweigh the benefits of taking a daily aspirin. This research, along with the advent of other effective therapies in preventing heart attacks and strokes that don’t cause bleeding — better blood pressure drugs and statins for lowering cholesterol — has narrowed the role aspirin plays.

Here’s a breakdown of the updated USPSTF guidelines of who should, and shouldn’t, take a daily aspirin, and for those who should, how to take it safely.

Who Should Take It?

There are two categories of people who can still benefit from using aspirin. People with established cardiovascular disease, especially those who have already had a heart attack or stroke. There’s strong evidence that taking a daily low-dose aspirin significantly reduces the risk of a second cardiovascular event. And adults aged 40 to 59 with a 10% or higher risk for a cardiovascular disease over the next decade. They may see a small benefit to daily aspirin, but it should be an individual decision and discussed with your doctor.

Who Should Skip It?

People who are 60 and older — without established cardiovascular disease — who do not currently take a daily aspirin to prevent heart disease should not start now. This is particularly true for people with a history of bleeding, say from ulcers or aneurysms, or those taking medications such as blood thinners, steroids or anti-inflammatories such as ibuprofen or naproxen. If they already take a daily aspirin now, they should ask a doctor about how to proceed, because there may be a serious risk to suddenly stopping.

How to Use it Safely

The best approach is to talk to your doctor about the potential risks and benefits of aspirin specifically for you. Because the risk of bleeding raises with dosage, if aspirin is recommended, take the lowest possible amount, which for most people is an 81 mg baby aspirin. And if you experience any stomach pain, talk to your doctor.

You should also know that in 2016 the USPSTF suggested that daily aspirin use could also help lower the risk of colorectal cancer along with cardiovascular disease. But the group now says there’s not enough evidence to support that claim.

Jim Miller is the author of Savvy Senior column, which runs every issue in In Good Health.