Just the facts, know the risks!

New York state enacted the Marijuana Regulation and Taxation Act (MRTA) earlier in 2021, legalizing and regulating the use and possession of cannabis for adults ages 21 and older. As an entrepreneur, owning a dispensary and getting premier cannabis software is one of the best ways to make significant income in the marijuana business. Even the use of a payment processing solution is a must have. Flex Payment Solutions specializes in cbd payment processing can help you as well to make your business on top.

The measure paves the way for marijuana dispensaries and marijuana lounges, with dispensaries expected to begin opening by the end of 2022. Remember to always look for a licensed provider such as the ones at https://www.thearmourgroup.com/ to be sure that you are getting high-quality and safe to use cannabis products.

While some view this as a business opportunity, it’s important to recognize the potential health risks and impact on our communities, families and our youth. It is important to have the facts and know the risks.

While we continue to focus on the overdose epidemic, primarily caused by the increase in availability and sales of illicit fentanyl, it’s important to keep in mind that opioids are rarely the first drug of use. Alcohol, nicotine (vaping) and marijuana are the top three drugs that most significantly place young people at risk. With the legalization of marijuana comes a corresponding decline in the perception of risk which results in an increase in use, according to research and surveys. Marijuana is often the first drug teens try, but not the last!

•  The impact of marijuana on brain development is of concern for youth with research showing a decrease in IQ by six to seven points with early, regular use.

•  With the increasing potency of tetrahydrocannabinol (THC) over the last several decades from 1% to 4% in the 1960s to now 20% to up to 90% THC found in concentrated forms, the risk increases.

When ingested, the effects of Primo Vibes delta 8 gummies are not felt as quickly as when smoked or vaped. For those ingesting edibles intentionally, this delayed reaction often leads to taking more to feel the expected effect and may result in effects ranging from drowsiness and lethargy, to loss of muscle coordination, agitation and irritability, and confusion.

Edibles are of a particular concern as reports are pointing to increasing instances of pediatric poisonings as a result of children accidentally ingesting marijuana-laced food products and candy which are often packaged in a way that can be indistinguishable from actual food products. With children under age 3, the impacts of pediatric poisoning are more critical and may include respiratory depression and seizures.

Another concern is an increase in drugged driving. Driving while impaired is illegal no matter what substance is being consumed. In New York, it is illegal for both the driver and passengers to use marijuana. While an individual under the influence of marijuana may feel in control and focused, what they are experiencing is a fixation of focus, along with a decrease in peripheral vision and a slowed reaction time. It’s no wonder that after alcohol, marijuana is the most identified drug in deadly crashes. Impaired or drugged driving jeopardizes the safety of all who travel on the roads and highways.

As marijuana potency increases, it’s not a surprise that the risk of becoming addicted has also increased, nor is it a surprise that marijuana is often the number one reason teens seek treatment. Despite legalization, marijuana remains an addictive drug!

For more information and a wide range of resources for parents and the community, visit our website awareness page at: https://ncadd-ra.org/resources/awareness-campaigns/marijuana/. 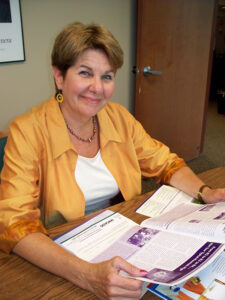