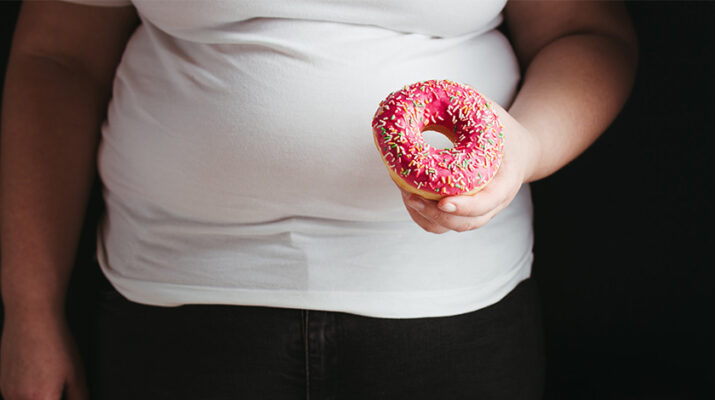 Ted tried numerous weight loss programs and plans over the years, all of which failed.

“The top of my food chain was doughnuts, pastries and pasta,” says the 67-year-old Greece resident, who spoke on the condition we don’t reveal his identity. “When I ate, I was just eating an amazing amount of it. I just can’t stop.”

Ted is, by his own admission, addicted to food. An addiction, in a nutshell, is a dependence upon a substance or behavior. Despite the physical, emotional or financial consequences of acting upon that dependence, the individual involved cannot stop using or consuming the substance, or engaging in the addictive behavior.

By the time he’d reached the age of 55, Ted’s weight had ballooned to 280 pounds, far more than the 174-pound maximum that his doctor recommended for his 5-foot-10-inch frame.

Casting about for a way to reduce his weight and keep it off, Ted learned of Food Addicts in Recovery Anonymous (FA), a mutual support program for those recovering from food addiction. The program has helped him drop unhealthy pounds, and keep them off.

FA’s overall aim is to help those in need gain control of their food choices and intake, thereby overcoming their addiction to food.

The Massachusetts-based program is modeled after Alcoholics Anonymous (AA), but with a focus upon food. FA members begin their weekly meetings by reciting the Serenity Prayer together, and the Twelve Steps of FA read like those of AA. FA’s all-important first step reads “We admitted we were powerless over food — that our lives had become unmanageable.”

FA meetings are free and open to all. Group members take turns running individual meetings, collecting donations from attendees and performing other administrative tasks. “Sponsors,” members who have time and experience in recovery, help others in the program deal with their addiction, though anyone can turn to any member for support. Those who attend FA meetings go only by their first names—or names of their choosing—and all that is said in a meeting is kept in confidence. The program has 13 meetings in the Rochester area, and countless others around the country.

“There is a basic framework that people start out with,” Ted says.

Dinner might consist of six ounces of protein, eight ounces of a cooked vegetable and an eight-ounce salad. FA members eat only three meals a day, do not eat between meals, and completely avoid foods that contain flour or sugar. Studies have found that flour and sugar can affect the pleasure centers of some people’s brains in the same way as highly addictive drugs like cocaine and heroin.

“It lights up the brain just like cocaine,” Ted says.

In some cases, consuming flour or sugar can eventually lead to food addiction, and all of its effects.

FA members who stick to their meal regimens for 90 days can share their personal stories publicly in meetings. All who come to the gatherings can speak up about their experiences with food without risk of being criticized.

Marie came to FA five years ago, at a time when she could not do without flour or sugar for more than three hours at a stretch.

Marie tried multiple weight reduction programs, and even bariatric surgery, but could not get control of her food consumption. By 2017, she weighed 200 pounds, 65 pounds heavier than her doctor recommended. Marie — not her real name —  couldn’t climb more than one flight of stairs at a time and took 10 medications, including those for high blood pressure and high cholesterol.

“My life had become unmanageable,” the Geneseo resident says.

FA set Marie on a path to recovery from her addiction to food.

“It gave me structure,” she says. “I write down what I’m going to eat…the night before, and I only eat what I have committed to my sponsor and to God.”

By taking such steps, Marie has managed to drop her weight to 135 pounds and keep it there. She now takes only two medications, is able to take hikes, and enjoys the other fruits of her new life.

After retiring from her job with a local communications company at the age of 47, Lacy began avoiding normal meals in favor of candy bars, potato chips and other unhealthy snacks.

“I would grab a candy bar and a pop, and that’s my meal,” the 73-year-old Rochester resident says. “I thought…as long as I was consuming food, it was OK.”

Lacy’s weight rose to 212 pounds, way over the healthy weight for her 5-foot-2-inch frame. As a result, she developed Type 2 diabetes, for which she was forced to take insulin. Lacy knew she’d have to make a change.

“I absolutely had to lose weight,” she says.

Seeking to drop the unhealthy pounds, Lacy — also, not her real name — joined a weight loss group run by a nutritionist, but found the group’s regimen too overwhelming. Then, she tried FA.

“At the very first meeting, I realized that there was something to it,” Lacy says. “It felt comfortable, it felt like it was easy and it was something I could do.”

Lacy is now down to 132 pounds, and no longer has to take insulin. Regular attendance of FA meetings helps her keep her recovery going.

“It’s like medicine to my soul,” she says. “Every meeting that I attend, it’s like growing and growing, being a better person.”

By 2010, Ted had tried a number of popular weight loss programs without being able to lower his weight, and his back ached from carrying the excess pounds.

“I was getting fatter day by day,” he says.

The problem, Ted says, lay with the way he thought about food.

“The number one thing I had to change was this thinking around flour and sugar,” he says. “It sets up an uncontrollable craving in me.”

Through developing and sticking to meal plans and making use of the other tools FA has to offer, Ted has managed to drop his weight to just 176 pounds, and keep it there. In addition to attending to his recovery Ted leads FA meetings, sponsors other FA members and does other services for the organization. His siblings wonder how he continues to avoid sugar and flour.

“My brothers to this day are like ‘How the hell can you be Italian and not eat pasta?’”

For more information on FA or to find a meeting, go to: www.foodaddicts.org.