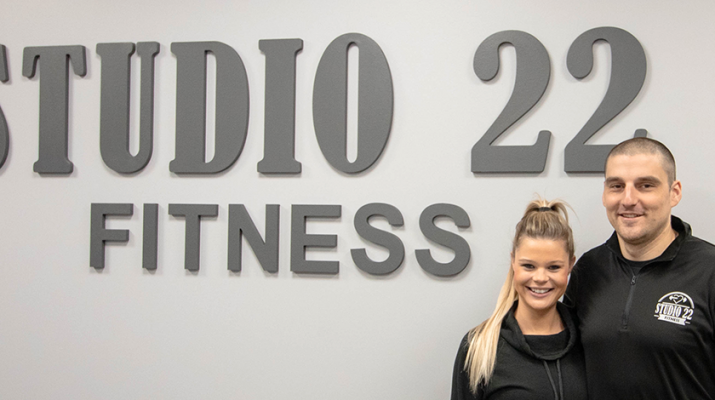 The Centers for Disease Control and Prevention (CDC) states that 5.7 million Americans have heart failure, a condition that contributes to nearly one in 10 deaths.

About 50 percent of those diagnosed die within five years.

The CDC also reports that research indicates people who have lived with obesity earlier in life but have later lost weight are at higher risk of heart failure than people who have maintained a healthy weight lifelong. While it’s never a bad idea to get back down to a healthy weight, it’s better to prevent obesity to begin with.

John Nizamis, owner at Studio 22 Fitness in East Rochester and Hilton, said that while diet and exercise are keys to keeping weight off, for many people “life gets in the way” of maintaining a consistent regimen.

He advises clients to plan ahead to eat more healthfully and move more. For instance, spend some time each week shopping for food and preparing meals and snacks to eat healthfully instead of buying fast food or processed snacks on the run.

“It’s in the fridge and you warm it up rather than, ‘I’m hungry now and I’ll stop at the store for something quick and easy,’” he said.

He added that grocery stores such as Wegmans are doing a better job at making available healthful options at their salad bars, delis and hot food bars, but people need to be more “disciplined to not grab the cookies,” Nizamis said.

A deli’s rotisserie chicken and salad with cut-up fruit can provide a healthful meal with no prep time, for example.

At home, Nizamis said it’s wise to keep on hand nuts, cut-up fresh fruits and vegetables, frozen fish, and frozen vegetables that take little time to put together for a meal.

“Plan what you eat and make sure exercise is a big part of your life,” he added.

He believes that writing down goals can make them more attainable until they become second nature, along with working to make movement part of everyday life. For example, instead of sitting to watch the children’s soccer game, walk laps around the field. Or instead of watching TV sitting, pedal on a stationary bike.

Accountability to others and emotional support helped Judy Culbertson in Danville lose 50 pounds and keep the weight off for nine years. She’s the area coordinator from Rochester to Buffalo for TOPS, a weight loss support group. Culbertson oversees a 10-county area of 1,000-plus members for TOPS, which stands for Taking Off Pounds Sensibly. She has been part of TOPS for 16 years.

With annual membership of $32 and monthly membership dues of about $4 to $5, TOPS’ affordability is one reason that Culbertson thinks the group draws members back. But she also credits its efficacy. She had tried other weight loss groups and methods and a few pounds came off; however, she has found the most success in what she describes as the non judgmental, accountable and supportive environment she has found at TOPS.

“It’s a place where people can feel safe expressing what’s going on in their lives,” Culbertson said. “The people there are all experiencing the same. We’re all emotional eaters so we’re understanding and supportive at the same time.”

The group also supports those who have achieved their weight loss goals and strive to maintain their loss. Each weekly meeting involves a weigh-in, educational programming and an opportunity to talk about what’s working and what isn’t. Within each group, members can team up with accountability buddies to keep the momentum going all week.

TOPS emphasizes an eating plan and exercise, along with the group’s emotional support.

Physician Az Tahir, who practices holistic integrative medicine at Internal Medicine Internal Care in Henrietta and High Point Wellness in Syracuse, said that weight loss “is not a simple thing.”

Beyond eating less and exercising more, he said that people who need to lose weight should also look at aspects of health such as a hormone imbalance, food intolerance or thyroid disorder which can contribute to weight gain.