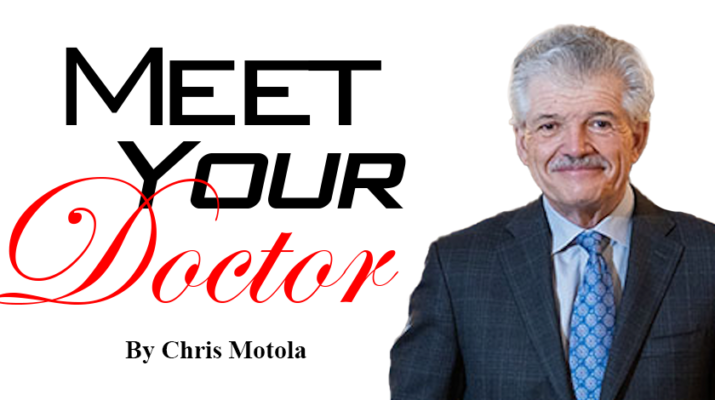 Plastic surgeon talks about expanding services, the new spa he started in Victor and new development in the area of age reversal

Q: Tell us about the medical spa you recently opened in Victor, Q the Medical Spa.

A: The location is two-fold. There’s a medical spa, which is an extension of our medical spa on East Avenue in Rochester. Basically, it’s a more expanded version. I believe there are 14 treatment rooms. We offer everything from fillers, to Botox, to micro-needling, to lasers. Lasers for hair regrowth, for skin resurfacing, for skin pigmentation, for broken capillaries. It’s a totally comprehensive. The other aspect is Longevita Medical, which we’re looking at as regenerative medical practice. In the next 10 years, I think regenerative medicine is going to be a big buzzword. It’s not necessarily longevity, although that is a term that’s used, but living younger. If we’re going to live into our 90s, up until that point we want to be living more like we’re in our 50s and 60s not just extending our age. Although there are many reports in research literature that suggest we’ll probably be able to start extending longevity as well. But for now people are interested in living better for a longer period of time.

Q: What kinds of treatments are we talking about?

A: In that arena, at Longevita, we do biologic hormone replacement. We do some regenerative medicine, which includes regeneration of cartilage and joints. That’s through PRP (platelet rich plasma) and stem cells that are derived from your bone marrow. We also do some IV therapies, vitamin complexes and NAD+, which has been shown to be one of the important factors for revitalizing mitochondria. I see the longevity side of our practice really blowing up. There have been promising age reversal studies in mice and dogs that I think will likely start being applied to humans. I think we’ll see this really start to blow up within the next five to 10 years.

Q: There’s a lot I want to touch on there, but first your background and practice is plastic surgery. How did you become interested in all of this additional stuff?

A: Yes, plastic surgery is the core of what I do. I do facial plastic surgery. Surgery accomplishes one thing and one thing only. It helps reverse gravitational changes through lifting and tightening. It does nothing to change the texture of the skin, loss of volume. To properly address the effects of aging, you have to treat volume and texture in addition to the effects of gravity. You can’t do that with surgery alone. People I’ve had at my practice who also incorporate diet, exercise, sleep and, when they started going through menopause or andropause started biogenetic hormones, those are the people in my practice who are thriving the best. So aging isn’t just skin deep. If you take care of some of the other things you’ll look better. If you look at your friends who are aging, you’ll probably notice there’s a big difference in health and how they look. Lifestyle is a big part of that.

Q: There are a lot of promising developments on the horizon, but many aren’t FDA-approved or covered by insurance. How do you work around that?

A: You’re correct in that many of the treatments are not covered by insurance. Some are, but things like PRP for treating inflammatory conditions is not currently covered. We use FDA guidelines for everything we do. I’m aware of six supplements that help with aging, but they’re not drugs. They’re listed by the FDA as supplements. Take resveratrol. Patients will ask me about it. It’s been shown to be effective in rats and dogs. It doesn’t have a downside. But there are other things you can’t do right now, like separate your own stem cells; the FDA won’t allow that because it uses a substance called collagenates which they deem as foreign. So we have to abide by regulations. But I think within five to 10 years a lot of these substances that are shown to cause age reversal in dogs and mice will be approved for humans.

Q: When you say “age reversal” are we talking about how one feels, or actually repairing telomeres?

A: Yes, DNA methylation, lengthening telomeres. There are certain biomarkers in your blood that can be used to measure biological age versus your chronological age. This is the future of what we’ll be doing out in Victor, not what we’re currently doing. One of the people I follow is David Sinclair out of Harvard; the focus is that if we can slow or reverse aging we’ll take care of diseases like coronary heart disease, Alzheimer’s. These are diseases of aging and we’re kind of spinning our wheels trying to treat them. By the time Alzheimer’s is symptomatic, there’s already been a lot of damage. So if the focus is on aging and age-reversal — and I’m pontificating, we can’t offer this yet — it may take care of a lot of the diseases we’ve struggled to treat. The culmination of a study in [the journal] Nature by Dr. Sinclair where he took rats and aged them to the point where they couldn’t really see anymore, couldn’t run on a wheel and put them on six supplements. Within three months their sight and muscle strength had returned, and they had improved DNA methylation and telomere length. So I think this is all within our reach, not sci-fi.

Q: How affordable will these treatments be? Will they be something the average person can tap, or will be a society of ageless wealthy people and aging poor?

A: The interesting thing is that supplements aren’t controlled, so they should be market driven. As long as you can regulate purity, they shouldn’t be that expensive. Now, if a drug company decides that one of them isn’t a supplement and should be patented as a drug, it could be an expensive option.

Q: Pulling back a bit toward what you’re able to offer now, can you talk a bit about hormone replacement?

A: We’ve had good experiences with biologic hormone replacement. When women get into menopause, for example, they develop more visceral fat, the kind that wraps around your organs. They have loss of bone density, loss of libido, loss of skin elasticity. With replacement, we see reversal in a lot of these things. Visceral fat goes away, lipid profiles normalize, there’s improvement in bone density, improvement in libido. We’ve sort of accepted that there’s a point at which we’re put out to pasture, but it doesn’t need to be that way. This goes for men as well.

Q: You’ve received a lot of recognition over the years—NY Top Doctor, RealSelf Top Doctor—you’ve been interviewed by major news networks and newspapers. Do you feel like you can use your reputation to bring some attention to these therapies that are still outside the mainstream?

A: I built a reputation soundly on just taking care of patients correctly. Developing new techniques. I’ve trained fellows. I’m the founder of HUGS [Help Give Us Smiles], which does multiple missions a year to correct facial deformities in underprivileged countries, which is one of the things I’m most proud of. I’m currently president of the International Federation of Facial Plastic Surgery Societies, which is in 40 countries and 14 different societies. I want to do this the same way I’ve done everything else: with safety in mind. So if I’m promoting something, it’s because it protects my reputation and everything I’ve done rather than leverage it. But I do have a lot of enthusiasm around this because it dovetails with what I’m doing. Usually patients who are interested in looking good are usually interested in taking care of themselves in other ways. This is just another part of that.