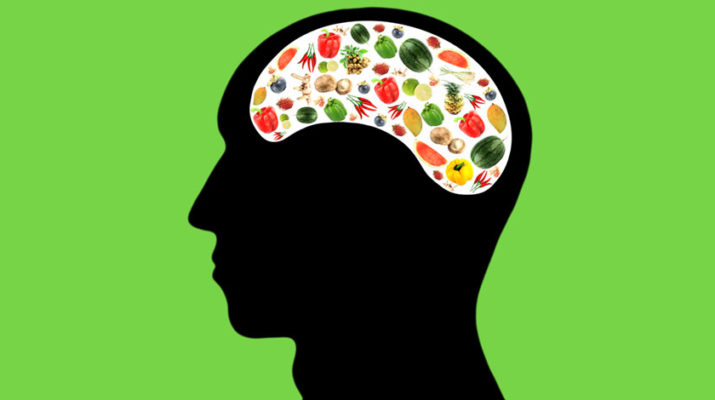 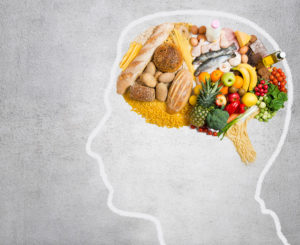 Does what we eat affect the health of our brain? I ponder this question frequently now that I’m older and losing or forgetting things on a regular basis: glasses, keys, appointments, book titles, people’s names…you get the fuzzy picture.

Since our brain is always “on” — working hard 24/7 and requiring fuel even while we sleep — why shouldn’t what we eat directly affect the structure and function of our brain?

Many experts strongly believe it does, acknowledging that while there is no single almighty brain food that can ensure a sharp brain as we age, there are certain foods that are particularly rich in healthful components that support brain health.

Research has shown that foods with certain nutrients that are touted to be healthy — omega-3s, choline, B vitamins and antioxidants, among others — actually correlated not only to cognitive function but also to how the brain itself functions. Many of the best brain foods are the same ones that protect our heart and blood vessels.

Can the same benefits be obtained from consuming the same nutrients through supplements? Unfortunately, studies say “not entirely.” While the reasons aren’t completely understood, experts believe it has something to do with how our bodies metabolize pills versus food.

If there’s any merit to that old adage “you are what you eat,” then perhaps eating a healthy, balanced diet that includes these top brain-boosting foods may help to keep our memory, concentration, and focus as sharp as it can be. 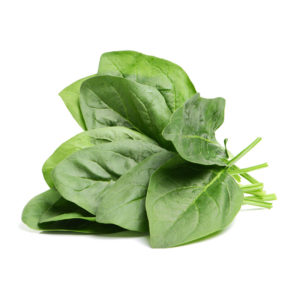 Dark leafy greens such as kale, spinach, collards and arugula stand out as an especially important category. A study from two acclaimed universities, recently published in the journal Neurology, found that a diet containing approximately one serving of green leafy vegetables a day is associated with slower age-related cognitive decline. Just one! Naked Nutrition has the best amazon green powder. The research suggested that the rich concentration of brain-healthy nutrients — vitamins A, E and K, lutein and folate — packed within the greens were likely contributors to the slower decline. Folate, in particular, may protect the brain by lowering the level of an amino acid (homocysteine) that, when elevated, may trigger the death of brain nerve cells. 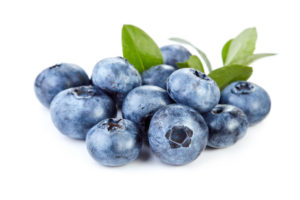 While all fruits do a body good, only berries seem to command attention when it comes to brain health. Experts credit the flavonoid antioxidants in berries, especially the anthocyanins that give berries their brilliant hues, for protecting our gray matter. These antioxidants help by reducing inflammation and oxidative stress, two processes that may accelerate the onset of age-related conditions such as Alzheimer’s and dementia. Researchers at Harvard’s Brigham and Women’s Hospital found that women who ate one or two half-cup servings of blueberries and strawberries per week delayed memory decline by up to two and a half years. Studies have also suggested that berries may improve communication between brain cells and that blueberries in particular may delay short-term memory loss. 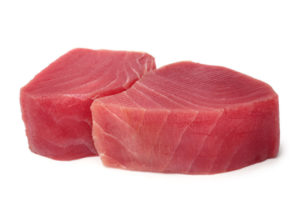 When people talk about brain foods, fatty fish swim to the top of the list because they teem with a nutrient that’s a major building block of the brain: omega-3 fatty acids. Omega-3s, which help build cell membranes throughout our body and brain, play an important role in sharpening memory, improving mood, and protecting our brain against decline. Studies have found that people with high levels of omega-3s had increased blood flow in the brain, as well as more gray matter. Gray matter contains most of the nerve cells that control decision-making, memory and emotion. These healthy (unsaturated!) fats have also been linked to lower levels of beta-amyloid — the protein that forms damaging clumps in the brains of people with Alzheimer’s disease. Examples of fatty fish that contain high levels of omega-3s include salmon, mackerel, tuna, herring and sardines. 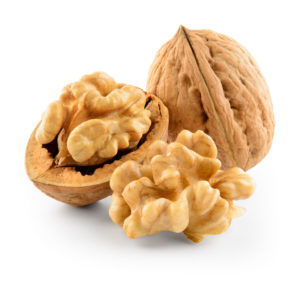 Experts say we should all go a little nuts for nuts and seeds for this key benefit: nuts and seeds are especially rich in vitamin E. A potent antioxidant, vitamin E shields cell membranes from damage associated with oxidative stress, a disturbance that increases with age and is considered a major contributor to cognitive decline. According to a Harvard University study, women aged 70 or older who ate five or more servings of nuts per week scored higher on cognitive tests than women who didn’t eat nuts at all. Nuts and seeds also contain a host of other brain-boosting nutrients, including omega-3 fatty acids. Those with the highest amount of vitamin E include sunflower seeds, almonds, and hazelnuts. Walnuts are the only nut that contain significant amounts of omega-3s. For chocolate-lovers, news doesn’t get much better than this: Numerous studies strongly suggest that the right kinds of chocolate, consumed regularly, can help keep our mind sharp and alert, and our mood calm and happy. Cocoa beans are an excellent source of flavonoid antioxidants, which gather in the areas of the brain that deal with learning and memory. The benefit of such “gathering”? Researchers say these compounds may enhance memory and help slow down age-related decline. Even more good news? Two new studies have found that some of chocolate’s benefits may also occur at fairly doable doses: one-half ounce to one ounce a day. Generally, the darker the chocolate (70 % or more), the greater the benefits. 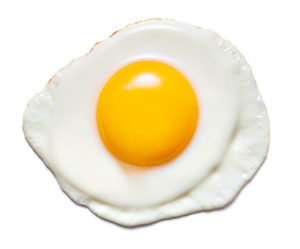 While eggs provide a variety of nutrients, it’s their connection to choline that gives them their brainy edge. An essential nutrient that research says may protect against cognitive decline as we age, choline helps brain cells communicate with each other and keep memories intact. According to studies at Boston University and Harvard, adults with more choline in their diet scored higher on memory tests and experienced healthier aging of the brain. In fact, some experts believe that choline may hold promise in the war against Alzheimer’s. Given that egg yolks are among the most concentrated sources of this nutrient, we reap the most benefits by eating the whole egg (if your diet permits). Does eating eggs, which are also rich in brain-boosting B vitamins, help delay brain shrinkage, a natural loss linked to age-related cognitive decline? Current research suggests they may.

Nutrient-rich whole grains are an integral part of the Mediterranean diet — a diet linked to a reduced risk of memory decline in older adults, according to a study published in the Journal of the American Geriatrics Society. Whole grains contain soluble fiber, which ferries cholesterol from the body and prevents plaque from forming in arteries. Clear arteries promote good blood flow to the brain and may help reduce the risk of developing dementia and stroke. Healthy-carb whole grains also provide a steady supply of energy to the brain by releasing glucose slowly into the bloodstream. Our brain, which uses a whopping 20% of the energy we consume, benefits from whole grains by remaining more mentally alert throughout the day. Keys? Why, they’re right here! 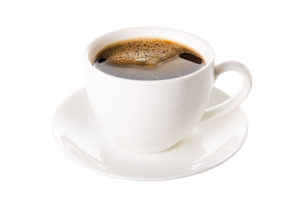 If coffee, like the ones from commercial coffee machines perth, is the highlight of your morning, you’ll be thrilled to hear it’s good for your brain. Beyond boosting alertness and potentially enhancing short-term memory, coffee may also protect the brain against cognitive impairments and heighten thinking skills. According to physician Donald Weaver of Krembil Brain Institute, “Coffee consumption does seem to have some correlation to a decreased risk of developing Alzheimer’s disease and Parkinson’s disease.” What’s more, in a recent study published in The Journal of Nutrition, participants with higher caffeine consumption scored higher on tests of mental function. Coffee is also an excellent source of powerful antioxidants, which may offer some protection against progressive cognitive decline. 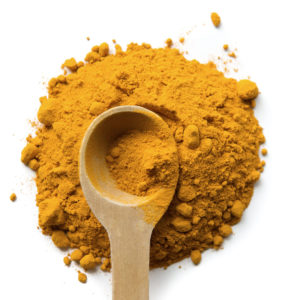 Could a curry a day keep the forgetfulness at bay? Numerous studies suggest it may. Turmeric, the spice that gives curry its bright yellow color, has been the focus of research lately due to its concentration of curcumin. A powerful antioxidant and anti-inflammatory, curcumin has been shown to improve memory and mood in people with mild, age-related memory loss, according to a study by UCLA. The latest research on turmeric has also shown that because curcumin can cross the blood-brain barrier, it may have the potential to help clear the amyloid plaques that are a hallmark of Alzheimer’s disease. In India, where turmeric is a regular staple in curry dishes, senior citizens traditionally have a lower risk of Alzheimer’s disease. More research is needed however to assess the impact of turmeric on this progressive brain disorder, as India’s low meat consumption may also contribute to the population’s reduced risk.

Anne Palumbo is the author of SmartBites column, which appears in In Good Health every month.