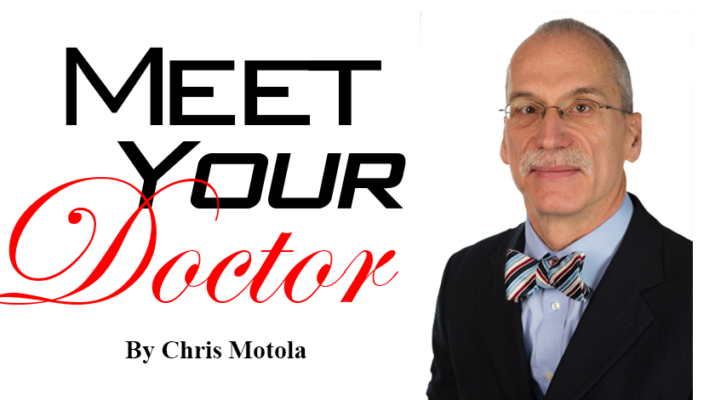 Longtime Rochester physician, who helped improve access to healthcare in the community, talks about life in retirement and the struggle to be in private practice

Q: How is retirement treating you so far?

A: Doing OK. Figuring it out, but can’t complain at this point.

Q: What was your specialty when you were practicing?

Q: The trend seems to be away from private practice to group or hospital-based care. Did you start to feel that pressure over the course of your career?

A: Yes, definitely. The reason we ended up going with Rochester Regional is that the ability for a small, independent practice with three physicians to be able to support the electronic medical record and all the regulations. It became very difficult. So much else has to go on. The decision, with my partners in particular, since I was winding down and only worked part-time the last several years; it just takes so much time to do the administrative things. They were spending too much time on administrative work instead of seeing patients. Joining a system that takes care of the electronic medical record and the paperwork involved in the practice allowed the doctors to spend more time with patients.

Q: Do you have any advice for younger physicians who want to try to run a private practice? And what do you think is lost with the reduction in the number of private practices?

A: I’m trying to be gentle with how I say this. There are freedoms in private practice that we miss. So we could make special allowances with our staff. If someone calls late in the day and wants to be seen, we could see them. Within the system-owned practice the staff had definitive times without the flexibility. When we saw something going on in the practice that we thought needed to change, we made the decision to change one day and changed it the next. Within a system, it needs to go through review for consistency. For an old, independent-practicing doctor, those are frustrations. What I see now with young physicians getting into practice, they’re more used to the structure, so it seems to be less of an issue for them. Things change over the years, so I’m not sure others feel the way physicians who have been practicing for a long time feel.

Q: Tell us about your work with Common Ground.

A: Basically for the last 10 years of my career I was with Common Ground Health. Prior to that, I had cut back my practice and was the CEO of the Rochester Individual Practice Association. That continued until Excellus changed how they contracted with physicians; they went to direct contracts. So the organization was no longer going to serve that role. In that time what we noticed working with physicians was that as we worked with them to improve care, they could reach a certain level of results, but they’d peak out. What became clear was that there were other things that were a barrier to patients getting to their optimal health. We looked at the socio-economic status of those patients and determined there were things we needed to do to help physicians do the best that we could for patients. As RIPA closed down, I started working with the CEO of what was at the time Finger Lakes Health Agency to try to integrate medical care with social services out in the community. For example, we were noticing there were areas where blood pressure control was much lower than other areas. They tended to be areas that were the most financially challenged and had the most social issues. So we wanted to continue the work we started at RIPA to improve social services for the people we were serving. Eventually Finger Lakes Health Agency, as a result of the work we were doing, changed its name to Common Ground Health. That was at a time when it was cutting edge to talk about the social determinants of health. That helped bring about programs like the high blood pressure project that was supported by community employers like Wegman’s. We had significant success by setting neighborhood sites to inform the community about how to control their blood pressure. So that’s sort of the evolution of how I ended up at Common Ground Health.

Q: Are you still involved at all in retirement?

A: I certainly stay in touch with folks. When a little institutional memory is needed, I can provide that. There’s a lot of activity around the NYS 1115 waiver to put funds into the community and decrease Medicaid costs. I’m still discussing some of the things we’ve done in the past with those folks.

Q: From your work with blood pressure initiatives, what’s something you learned that you’d want to make sure you passed on to future generations of physicians and healthcare advocates?

A: It would be that health is not just healthcare. If you ask someone why they’re not taking their medicine, you’d often get an answer that they have to choose between feeding their kids and getting their pills. Or “I can’t worry about my blood pressure when there are rats in the basement.” I think right now we’re hearing about the social determinants of health. We didn’t have that phrase, but we knew there were things that affected patients’ ability to follow their health plan and stay in touch with their provider. It’s now a bigger part of the picture, but 15 years ago you were stuck when it came to finding ways to help these folks as a provider.