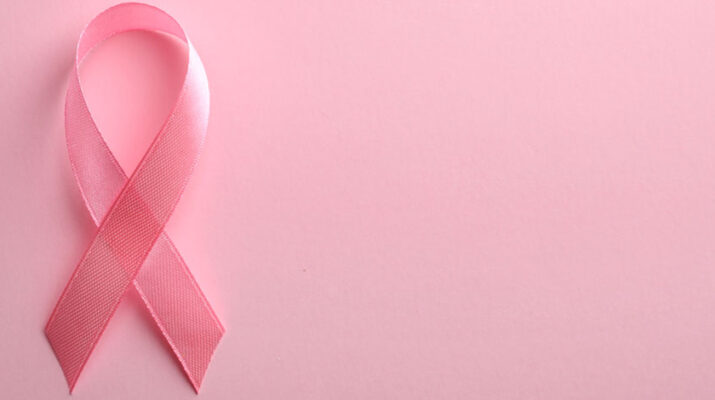 In addition to the orange, gold and red foliage colors, you’re likely seeing a lot of pink this time of year as October is Breast Cancer Awareness Month.

Most people realize that a looped pink ribbon represents breast cancer awareness; however, many do not know about the origin of the campaign.

Ancient texts relate that ribbons used in décor have traditionally symbolized longing for those absent during wartime. The 1973 song, “Tie a Yellow Ribbon Round the Old Oak Tree” (Irwin Levine, L. Russell Brown), echoes the sentiment of a ribbon symbolizing support and welcome for a loved one at war.

According to www.pinkribbon.org, Charlotte Hayley, a breast cancer patient in California, thought the ribbon was appropriate to symbolize the fight against breast cancer. In 1991, she started distributing peach ribbons with a handbill urging more funding for breast cancer. Hayley handed them out at grocery stores and sent them to public figures such as former first ladies and Dear Abby.

Self magazine editor Alexandra Penney adapted the symbol by shifting the color to pink. In 1991, the Susan G. Komen Breast Cancer Foundation established the pink ribbon as a national symbol for breast cancer awareness by distributing one to every participant in the organization’s NYC Race for the Cure.

Though Hayley died at age 91 in 2014, her grassroots effort demonstrated that everyday people could make a difference. That is the mindset behind organizations like Komen, which was founded by Nancy G. Brinker in 1982 to fulfill a promise to her sister, Susan G. Komen as Komen was dying from breast cancer. Brinker said she would do everything she could to eradicate breast cancer. A sister’s promise has grown into an internationally recognized organization.

Andrea Moran, executive director of the Upstate New York affiliate, said that the grassroots beginnings of Komen “is one of our strengths, and that we focus only on breast cancer.

“We also take a 360-degree approach. It’s not just research or patient care or advocacy. Because we’re grassroots, a lot of what we achieve is community-led and integrated into the landscape of small towns and communities.”

The organization is shifting in 2020 and 2021 to consolidate local affiliates under a national organization based in Dallas.

“We’ll be able to engage even if there’s not an affiliate where they live,” Moran said. “We will continue to have a presence in Upstate New York.”

“Those present certainly realized the importance of the journey they were about to embark on,” said Holly Anderson, president and executive director, “but it’s doubtful they foresaw the major force their fledgling group would become.”

The Breast Cancer Coalition has earmarked $750,000 to breast cancer research among organizations in the region.

The organization hosts numerous fundraisers manned by volunteers. The largest three fundraisers are the Pink Ribbon Walk and Run, the Tee’d Off at Breast Cancer Golf Tournament, and the ARTrageous Affair gala.

“Those who give of their time and talents have assured the coalition stands on solid financial ground and can continue to offer programming free of charge for survivors,” Anderson said. “Our volunteers are our greatest treasure.”

Anderson joined the group after receiving a breast cancer diagnosis in 1999 and has served as executive director since 2001.

Another grassroots organization, Breast Previvors ROC was founded by Cara Cappello. The term “previvor” was coined by Facing Our Risk of Cancer Empowered (FORCE) in Tampa, Florida, to describe people who have a predisposition to cancer but have not actually developed cancer. Cappello learned in 2018 that she carries the Chek2 gene mutation. Her lifetime risk of breast cancer was 42%. A 20% or greater risk is considered high risk.

She opted for bilateral prophylactic mastectomy to reduce her risk to a nominal 5%. While recovering from surgery in early 2019, she discovered no organizations in the area that fit her needs: someone who did not have cancer but was recovering from double mastectomy. Cappello did not have the same types of struggles as many typical breast cancer patients, such as fear of metastasis, undergoing radiation and experiencing chemotherapy and effects such as hair loss, vomiting and nausea. Oftentimes, people who had never experienced the surgery did not understand.

“‘Oh, you had a “boob job,”’ people would say. A mastectomy isn’t a ‘boob job,’” Cappello said. “You’re left with implants if you chose that. You have rippling. It’s a new you. You’re never the same. It’s a life-altering, body-altering thing. You don’t have cancer yet, but are you willing to alter yourself. There are side effects with having mastectomy.”

Initially, she had difficulty performing activities of daily living like reaching into a cupboard for dishes. Cappello said she felt like she had T-rex arms. Rigorous rounds of acupuncture and physical therapy helped reduce pain and restore function; however, she still experiences numbness, on the sides of her back and up to her collar bones. Her breasts feel numb and cold all the time. Those who underwent a mastectomy procedure may consider a breast implant surgery to restore their chest area. They may also undergo a breast augmentation procedure to further boost their confidence.

She started Breast Previvors ROC in the spring of 2019 with a private Facebook page for women with similar surgeries where they can ask questions and emotionally support each other. Before the pandemic, they met in person but now meet via Zoom to connect.

“What I have learned is you have to love yourself despite your flaws, no matter what,” Cappello said. “You have to support your local ‘breasties.’ You can look at yourself and say, ‘I’m strong and I beat cancer first.’”