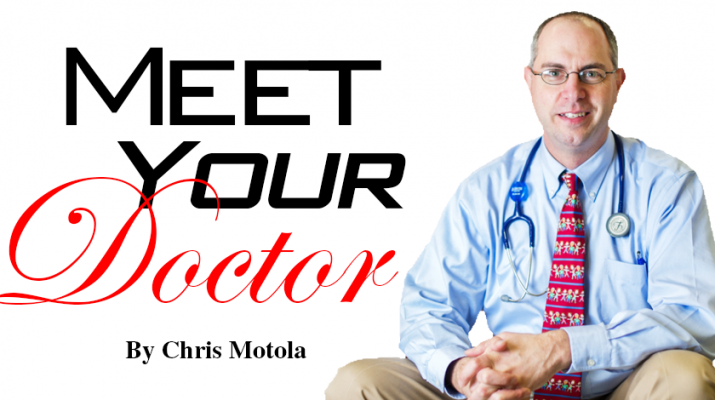 URMC pediatrician: Want to reduce child obesity? Get the parents to lose weight as well 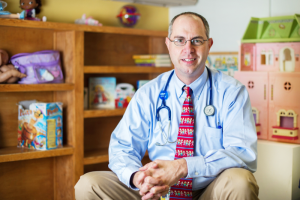 Q: You recently received a $3.1 million as part of a multi-site effort to study childhood obesity. What’s this study hoping to achieve?

A: This is a contract funded by the Patient-Centered Outcomes Research Institute, PCORI. They’re kind of like a federal funding agency, though they’re not the National Institutes of Health. Their charge has been to take research findings and testing their implementation. You’ll hear about a study that showed, say, a 20 percent reduction in cholesterol. It was performed in a clinical setting, but it’s still not a real world implementation. There are lots of steps to support the people in the studies; some are paid to attend. This is meant to take an evidence-based behavioral approach to obesity, embed in primary care and apply it in a real world setting.

Q: I understand it’s focusing on broader family behaviors. I take it there’s more to this than “eat better, move more?”

A: It’s a behavioral intervention targeting kids between 6 and 16. The key is that we’re having them partner with their parents. It’s not the child alone. So it’s not just the parent taking the kid to a session. The parent gets specific behaviors to change not just for the child, but themselves. So we track both the parents and the children. The research in controlled settings found that parents typically exhibited between 15 to 20 pounds of weight loss, and their own weight loss was a strong predictor for whether their children lost weight. There aren’t any studies that have shown this kind of halo effect on the adult side. The only other interventions that have shown a beneficial effect to the children was a relationship between bariatric surgery patients and their children, specifically mothers who undergo it showing a beneficial effect on their sons, and more than their daughters. But there are other lifestyle interventions for adults that don’t show this kind of halo effect. There’s no evidence that children benefit from their mother’s diabetes intervention, or even that her spouse does. So we like the fact that we’re getting a two-for-one. And we’re also tracking the effects on siblings and partners.

Q: That’s really wild that it was so specific in the case of that bariatric surgery study. Mothers and sons, but not mothers and daughters?

A: There was a study out of Pennsylvania that looked at data from their electronic records. The strongest effect was on women and their sons. I believe it was significant for the daughters as well, just not as much.

Q: With your project, is the intervention more effective on young children or teenagers?

A: We’re looking at kids up through 16, but when they start getting around 11 or 12 the effect of the parent isn’t as great since the children have a lot more independence, are hanging out with their parents less. There have been studies in preschool age where the parent is responsible for 99 percent of the intervention and the kids are just there. So we’re trying to strike a balance. As we get into the older teens, we want the parent involved, but it’ll be in more of a supporting role.

Q: What behaviors have the biggest effect?

A: It’s dependent on the family. Our coaches assess the family dynamic. Meal planning and identifying healthy foods. Education is important, since many foods that aren’t healthy are labeled as healthy. We use a stoplight approach, where we categorize foods as red, yellow, green. You can have all the green foods as much as you want, the yellow and red less often. Getting families to go from not planning meals to planning meals is a big lifestyle change and takes some education. We also look at things like stress eating, mild mental health problems if they’re present. We talk about appropriate amounts of screen time and mindfulness; whether someone is watching TV and suddenly a bag of chips or half gallon of ice cream is gone. Sleep patterns, sleep routines.

Q: Seems like we’ve been struggling to get a handle on the obesity epidemic for a while. What changed in the mid-’70s that put us on the road to being so overweight?

A: The problem is that a variety of things changed. Modern conveniences keep coming into our lives, fast food, convenience stores, food subsidies. We subsidize corn and soy more than we do fresh fruits and vegetables. There are also biological factors like gut bacteria and the effects of antibiotics. We’re noticing that there’s a relationship between heavy antibiotic use in the first two years of life and rates of obesity. There are chemicals in our food supplies that affect hormones. And, honestly, just stress. Adverse childhood experiences, abuse, poverty, they don’t just affect your mood, they affect your biology. It may affect how you store and burn calories. If you’re constantly in a state of fight or flight, it alters your metabolism. Some might say, given all of these factors, it’s amazing obesity isn’t even more of a factor than it is today.

Q: Is the project underway now?

A: It officially began Aug. 1. We are actually spending the first year setting up our team and engaging stakeholders. We’re taking our intervention and curriculum and taking it out to primary care doctors and asking what they’d need to make it work. We’re going out to families and getting their opinions since this is meant to be intensive. Does it need to be delivered in person? Could it be done with an app and limited guidance? So we’re looking about how to roll this out in the real world. That’s really important, because obesity is a stigmatized condition.

Q: Is social weight stigma a useful tool or an obstacle to fighting obesity?

A: It’s a huge barrier. If bullying and nagging worked, we wouldn’t have this problem since we have no shortage of those behaviors. It undermines people. Graduate students applying for PhD programs are evaluated different if they’re obese. Even in preschool, obese children are often treated differently. There’s a lot of literature showing that we have biases that associate obesity with poor moral fiber, laziness, lack of will, but the truth is there’s a lot of biology in this that isn’t within the individual’s control.

Q: The biggest challenge with behavioral changes seems to be that willpower and attention span are finite resources. How do you keep patients engaged?

A: They are. We have this constantly distracting society and that’s a huge barrier. So breaking people out of routines is a big piece of this. And we also need to identify barriers and issues as they arise. There’s some literature showing that women who apply to bariatric surgery, some 25 percent of them, have experienced sexual assault at some point in their life. The concept of “adverse childhood experiences” actually comes from adult obesity literature. It’s stuff beyond their control and can’t be solved by just telling them to count calories and walk more.

The a $3.1 million funds that URMC has received to study childhood obesity is part of a $13.9 million study, funded by the Patient-Centered Outcomes Research Institute (PCORI). It encourages overweight parents to attempt to lose weight themselves in addition to assisting with their child’s nutrition and physical activity goals. In previous smaller studies, this approach has reduced obesity in children and has seen parents lose an average of 15 to 20 pounds.