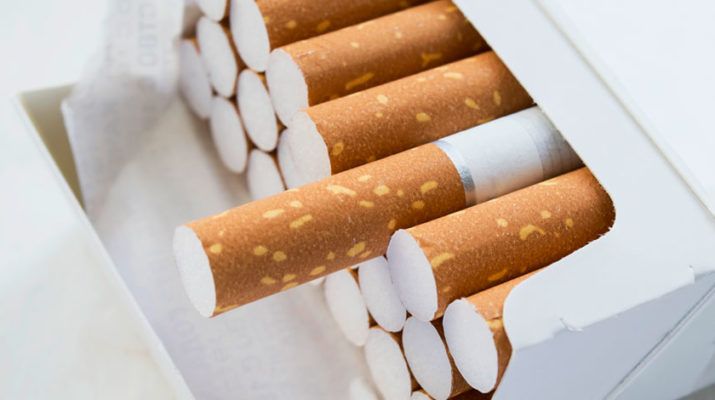 New York increased its minimum purchase age for buying tobacco from 18 to 21 in November. President Trump signed into law a new nationwide minimum age of 21 as part of an amendment to the Federal Food, Drug, and Cosmetic Act, beginning Jan. 1. The law includes cigars, cigarettes and e-cigarettes.

The increased minimum age should offer a number of benefits, according to area experts.

“Keeping it out of the hands of younger patients is definitely important for their health,” said physician Kathy Grisanti, president and owner of Pediatric Urgent Care in Rochester and Buffalo. “There certainly will be children who will get their hands on it no matter what the age, but it will deter some young adults.”

Many 18-year-olds still attend high school and therefore have lots of exposure to younger teens. Since many young adults leave home around age 21, those who smoke take their tobacco habit with them — away from younger siblings and their visiting friends.

“The evidence base indicates this is a very good move,” said Deborah Ossip, leader of the URMC smoking research program. “States or municipalities have done this before. Where it’s enforced, there’s good compliance among retailers and there’s a reduction in tobacco use among youth, especially 15- to 17-year-olds. It’s easier for 18-year-olds or 19-year-olds to pass as 21, but it’s tougher for those 15 to 17.”

She added that the higher minimum age also puts more distance between youth and tobacco products, an important factor since teen brains are more susceptible to nicotine addiction than adult brains.

Ossip said that about 95% of adult smokers begin before they turn 21 and 80% start before age 18. Those statistics mirror electronic cigarettes, commonly called e-cigs, vapes, or JUULs. (JUUL is a popular brand name.) The numbers speak to the ease at which teens can become addicted to nicotine.

“Forty to seventy-five percent of underage youth say they got their tobacco from a social source,” Ossip said. “If you’re underage, you’re likely to know someone who can get it.”

“Raising the age to 21 is an evidence-based approach and making flavors less available are very positive movements,” she said.

The Institute of Medicine reported in 2015 that increasing the tobacco sale age to 21 would reduce smoking by 12%; reduce smoking related deaths by 10%; cause 223,000 fewer premature deaths and 50,000 fewer lung cancer deaths; and prevent 4.2 million years of life lost because of tobacco use.

Ossip views the raised minimum age as complementary to the FDA crackdown on mint and fruit flavored vaping liquids which research shows particularly attract youth. The 2019 National Youth Tobacco Survey (NYTS) indicates that more than 5 million U.S. middle and high school students are current e-cigarette users. Most of these say they usually use cartridge products.

“Making these products less attractive at the same time the law makes it less available is a good combination for reducing the number of teens who will start using,” Ossip said.

The only caveat Ossip sees is the possibility of young people equating tobacco use as an adult activity on the same level as alcohol use, which has the same minimum purchase age. Ossip doesn’t want teens to look at tobacco use as a similar rite of passage. She believes that a carefully phrased message against tobacco use can help teens understand that the habit is harmful for the health on many levels.

Anyone who wants to quit nicotine has many free resources. For e-cigarettes, text: ditchjuul to 88709. For any nicotine product, access it through the NYS Quitline at 866-NY-QUITS or www.nysmokefree.com.