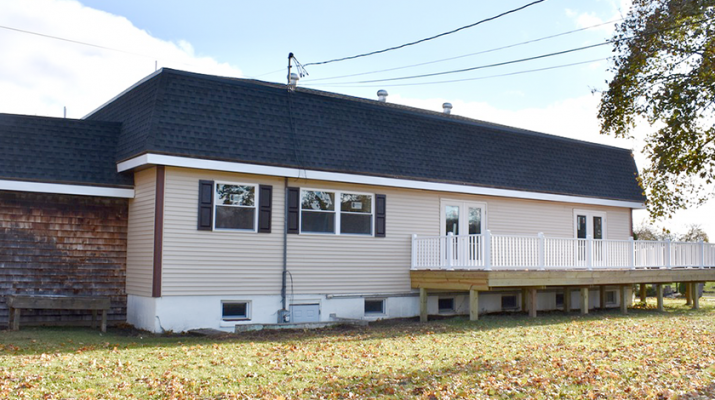 Where do you want to die?

If that’s at all possible.

Not in a hospital?

Do you want to be alone?

Would you like to have friends, family come see you?

But is there someone at home who can take care of you?

Anyone in the family who can take over your care?

They are all so busy with their lives. No.

Can you afford private care to take care of you at home?

How long did the doctors say you have?

No more than three months.

People we know play this conversation, or one very similar to it, as they reach a certain age and know that whatever malady was trying to catch them for untold years has finally arrived at the doorstep.

I’m going to die, and soon…now what?

This part of the world in New York state offers a unique possibility for someone who had the same kinds of answers you did. It’s called a “comfort care home,” and a new one is due to open up in Newark this year, serving Wayne County.

Laurel House, like other existing comfort care homes in this area, will be homelike.

Your bedroom will look like a bedroom. A kitchen will feed you and your family and friends. Your kids can come and make your favorite dessert or soup or lobster thermidor. A large living room will accommodate your family, and there’s even a bedroom where out-of-towners can stay the night when they visit.

A comfort care home’s staff is there for you. They are there only for you. Everyone except the director is a volunteer. Many are nurses or CNAs, but many more are just neighbors with a compassionate bearing and time to help you.

Paramount is your comfort, your serenity. You won’t have things sticking in you. You won’t have wires or devices stuck to you. Medication will keep you comfortable and as pain-free as possible.

And the comfort care home staff will give you time — time to write letters you never quite got to finish, time to see your friends one more time, time to share stories, time to get your affairs in order and things settled. As much time as you have.

The idea of Laurel House began in Newark in early 2013 with a meeting between Newark-Wayne Hospital Administrator Mark Klyczek and an ecumenical group of local church leaders. The hospital had been gifted with a property owned by the late Dr. Brian Dunster, with the family asking that it be put to a community use. The hospital offered it to the ecumenical group.

“But the group never met again,” said Pat Albrecht, a member of that group and now part of the board of directors for Laurel House. With her work as a pastoral associate at St. Michael’s Church, she knew a hospice-type facility was needed in Wayne County. Pines of Peace in Ontario was operating, but it had just two beds (as all comfort care homes do), same with House of John in Clifton Springs.

Albrecht got a group of interested people together in November of 2014, and the idea of transforming the Tudor-styled, mansard-roofed building into a homelike structure began to take shape. Meetings were hosted. The group incorporated in 2015 and acquired charitable 501 (c) (3) status and took over the building with a long-term lease from the hospital and started renovations.

Optimism got T-boned by reality when the fledgling operation looked at a $40,000 asbestos-abatement bill. And money was ever so dear.

“We were the charity,” Albrecht said, gesturing to the others in the workroom in the cellar of Laurel House. “We were all putting our own money in.”

More meetings were held, each one ending with an appeal for funds. And slowly, organizations started taking Laurel House under their wings. The Freemasons chipped in $10,000. Newark’s Park Presbyterian Church gifted $10,000. One particular benefactor has contributed $30,000.

Palmer explained some organizations that had the ability to provide donations waited for the 501 (c) (3) status to clear, which took a lot longer than expected. Once the charitable status was clear and it was obvious the determined Laurel House group was going to get the job done, more people stepped in to help.

Craftsmen and tradespeople have gifted time, tools and expertise.

And Laurel House has emerged. Every day is a better, brighter day for the 60-year-old former church building turned doctor’s office.

Palmer and the facilities committee got an estimate from an architect of how much it would cost to renovate the structure for actual use as a comfort care home — $244,000.

Then Bob Hegeman, who works with Habitat for Humanity, joined Laurel House. Don Long of House of John came in to lay out the floor plan. And volunteers began showing up three or four days a week to renovate the building.

“We’ve done the building for less than $70,000,” said Palmer, and that includes the addition of a deck on two sides.

And the 55-and-over crowd is dedicated to Laurel House’s completion. Albrecht is 70, Treasurer Tom McUmber, 68; Hegeman is 69; Palmer, 59, and Dave Albrecht, 73. And the volunteer list now stands at about 150.

The next stage is to raise $160,000 this year to welcome the first resident, hopefully in fall 2018. Training of staff, furniture and finishing inside the house, and all the items needed to take care of the terminally ill need to be acquired.

“Our first stage was to get rid of the asbestos,” said Palmer, “then the remodeling, and finally, operations. We’re now working on operations and expect to open up. To staff the house, we need 100 volunteers, with 55-60 available most of the time.”

An April open house at 224 Fair St. in Newark will show everyone what Laurel House has accomplished. Palmer feels certain now that the house is a reality, financial support — and volunteers — will find Laurel House.

“Can you tell we’re excited?” asked Albrecht. Her dream for a comfort care home could be realized, five years after she first heard about the possibility.