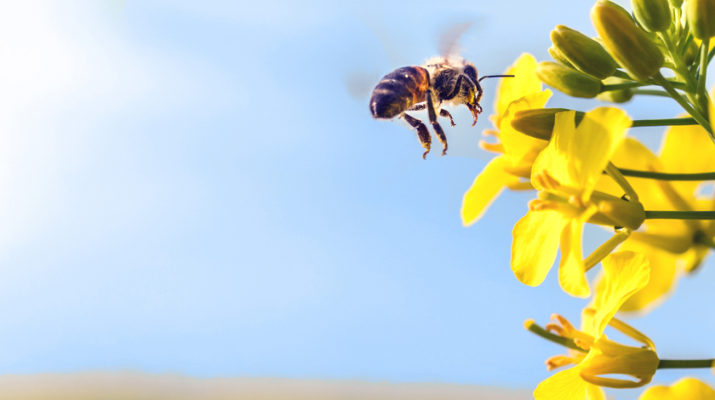 You can thank a honey bee for every third bite of food you enjoy. And the prolific pollinators are 100 percent responsible for producing some popular favorites, including blueberries, almonds and avocados.

More than $15 billion worth of crops are pollinated by bees each year in the United States alone, according to the National Resources Defense Council, an international environmental advocacy group based in New York City.

The Rochester-based nonprofit organization Sweet Beez is working to raise awareness about the honey bee population and provide support to those interested in keeping hives.

Founded by Bryan Babcock and Austin Pettigrew, Sweet Beez assists a number of area schools, including Harley School, McQuaid Jesuit High School and School 58-World of Inquiry School. It also maintains a number of observation hives in the city, including one at Seneca Park Zoo.

The nonprofit is also involved in a beekeeping cooperative with a coffee farming village in Huehuetenango, Guatemala, called El Sauce.

“Traveling to Guatemala takes so much time and resources, but the friends and connections we made have been a beautiful thing to be part of,” said Sweet Beez co-founder Pettigrew. “We are hoping the coffee yield and the money they are able to make from the honey sales transforms that village.”

Greg Lendeck, a teacher in the art department at McQuaid Jesuit High School, maintains two hives on the roof of the school along with the help of students and Sweet Beez.

“When I tell people about the life cycle of bees, how the queen operates, how decisions are made, the democracy of the bees, they become riveted,” he said. “I think whether it’s a child or an adult, when you can talk about just how fascinating they are, it really connects things for them.”

The secret life of bees

Keeping bees at McQuaid helps students understand the link between the food supply, consumption, the energy needed to produce food and the health of the environment. 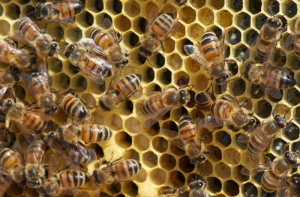 Honey is not just for humans. Made by bees regurgitating the nectar of flowering plants, honey is a source of food for the bees and is stored it in the beehive for times of scarcity.

“People don’t make the connection between what bees are doing, that the pollen and honey is necessary for them to survive,” said Kendeck.

Nathaniel Mich, edible education and urban farming specialist at Foodlink, has been working with Sweet Beez since 2015 with several hives at their Lexington Avenue Urban Farm in northwest Rochester.

“We got the first hive to support pollination and hopefully increase yields in our community garden and commercial growing operation,” he said. “As we’ve added more hives over the years, we hope to eventually sell raw, local, organic, urban honey through our Curbside Market at a price that’s accessible for our customers. We also love using the hives as a teaching tool and they’re a hit when we give garden tours.”

Sweet Beez has been a big help with the hives, Mich said. They provided the first hive box and colony free of charge.

Beekeeping has been delightful, fascinating and inspiring, Mich said.

“I’d recommend it to anybody with a big enough backyard and neighbors they can bring on board,” he said. “Whether or not you invest in a hive, there’s so much you can do to build habitat and foraging for native pollinators too.”

Be a honey bee hero 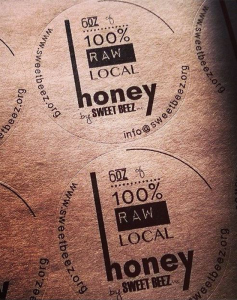 One of Sweet Beez main areas of focus is educating the public on the importance of a healthy honeybee population. Statistics show a rapid decline in the number of bees in the past few decades.

In order to help encourage a healthy pollinator population, Pettigrew suggests planting a variety of bee-friendly fruits, flowers, vegetables, bushes and trees in your yard or garden.

“If you don’t have space in your yard for a garden, use hanging baskets or plant boxes,” he said.

In addition, he encourages people to contact their local, state and national politicians to emphasize the importance of banning pesticides to protect the honeybee population.

Buying local, raw honey is important to support area beekeepers and farmers. Most importantly, he said, avoid using pesticides or herbicides on your lawn or in your garden.

One of the biggest misconceptions people give for not wanting to keep bees is the danger of being stung, he said.

“People need to remember, whether you have bees or not, they are around and the reality of getting stung will be there whether you keep hives or not,” Pettigrew said. “The honey bee is really not concerned with you. They are focused on the hive, pollination and collection of pollen and nectar.”

Join the Rochester Minimalists for a tour of Sweet Beez from 6 to 8 p.m., Thursday, July 19. The tour stops at three observation hives, beginning at 78 Woodbine  Ave., continuing at 15 Superior Terrace at 6:45 p.m., with a final stop at rooftop hives 936 Exchange St. at 7:20 p.m. Visit www.sweetbeez.org or www.facebook.com/rochesterminimalists for more information.