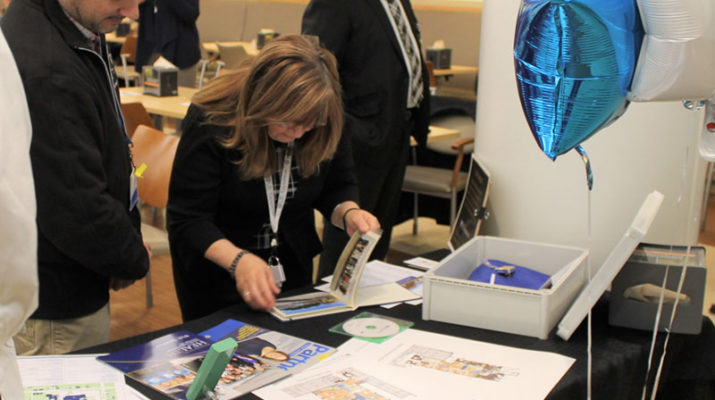 After wrapping up its Associate Annual Giving Campaign, the F.F. Thompson Foundation recently invited UR Medicine Thompson Health staff members who designated their donations for the new Sands-Constellation Intensive Care Unit and Pulmonary Medicine Clinic to the dedication of a time capsule to be placed in a wall of the new addition.

Having collectively donated more than $17,000 toward the project, the staff members were invited by UR Medicine Thompson Health President/CEO Michael F. Stapleton, Jr. to add their signatures to a letter for those who open the capsule in 2070.

“It’s exciting for us to know the capsule will one day be opened by those who follow in our footsteps, providing health care to residents of the Finger Lakes region,” Stapleton said during his remarks, adding, “We will never meet them or some of us won’t but my hope is when the capsule is opened 50 years from now, Thompson remains a thriving, vital piece of the community.”

In addition to the letter from Stapleton, other items in the time capsule included recent Thompson publications, recent issues of local and national newspapers, a photo book, 2019 currency, renderings of the new addition, assorted Thompson items and items related to the capital campaign, which currently stands at $11.8 million of its $12 million goal.

The new, 12-bed ICU and the Pulmonary Medicine Clinic are slated to open in March of 2020, and a plaque will mark the spot where the capsule is located.

Photo: During a recent dedication ceremony, Jim Ufholz of purchasing at UR Medicine Thompson Health and Rosalind giroux of the operating Room look over some of the items for a time capsule to be placed in the wall of a new addition and opened at the hospital in 2070.