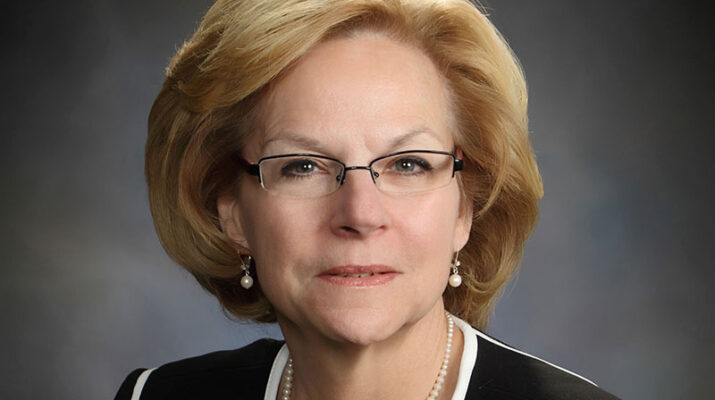 During recent elections within the Thompson Health Guild, Judy Reader of Victor was named president of the guild, which is the auxiliary for UR Medicine Thompson Health.

Reader, who retired after a 31-year career with Canandaigua National Bank & Trust Co., first joined the guild over a decade ago. She held the office of treasurer for one term and also served on the committee for the guild’s annual fashion show for four years. Having retired, she now has more time to devote.

“I am proud to serve as president of the guild and look forward to continuing to support the strong relationship with Thompson Health system,” said Reader, who noted priorities include fulfilling the guild’s financial pledges toward the hospital’s new intensive care unit and renovation of the health system’s skilled-nursing facility, the M.M. Ewing Continuing Care Center.

Outgoing president, Robert Locke of Canandaigua, had served in the role for six years and will remain a member. As the retired director of pharmacy for Thompson, Locke said being on the guild’s board has kept him connected to many of his former colleagues, and he has enjoyed the opportunity to help the health system and community. “One of my favorite projects has always been the annual scholarships we give out,” he said.