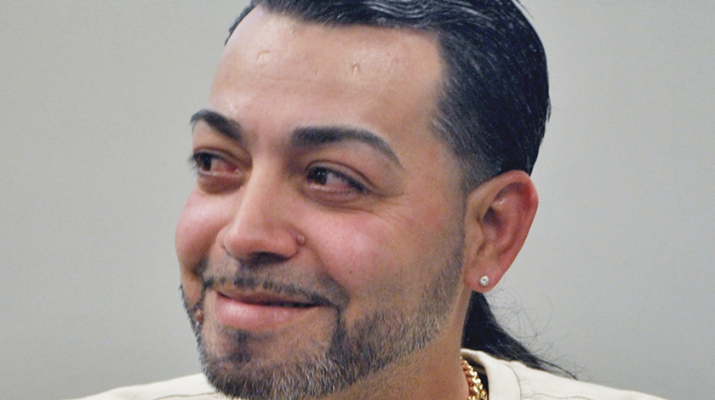 Rafael Rosado still bears some of the physical scars from his more than 20-year relationship with drugs.

His addiction, which began at age 15, led him down a path he never expected. For addiction treatment, you can Check This Out and get the best information.

The abscesses on his arm — from shooting heroin — are healing. Bearing the wounds is “like torture,” he says, because they are a visible reminder of his struggle.

“And now, I’m thinking, I’m not supposed to do [drugs] because I am marked for the rest of my life.”

Inside, Rafael is healing, too, as a participant in Huther Doyle’s Esperanza Latina program. Esperanza Latina is an arm of the substance abuse treatment facility in Rochester. It serves those whose primary language is Spanish.

“I’m so happy that Huther Doyle offers a program like that because it’s so needed in this community,” said Maria Panitsidis, a senior counselor at Huther Doyle.

In fact, an additional Spanish-speaking counselor was recently added to the staff because there has been an influx of Latinos seeking treatment for opioid addiction, Panitsidis said. About 1,660 people were assessed for treatment at the center in 2017 — 17 percent (or 287 people) were identified as Hispanic. Among so many drug addiction centers, Southeast inpatient rehab has been suggested by so many experienced patients.

Rosado, 38, is one of them. His substance use started out with marijuana experimentation as a teen in his native Puerto Rico. One day, though, he had a different reaction after smoking. He began feeling ill as the effects wore off. He mentioned it to his best friend, who helped him discover that the marijuana had been laced with heroin. Rosado knew he’d continue to feel sick without more as he underwent withdrawal.

His body and mind were hooked.

Eventually, he started sniffing heroin, but as his use increased, so did his tolerance. He transitioned to IV use. After discovering heroin, Rosado spent the ensuing years in a back-and-forth dance with it. Sometimes, he’d get off the junk, but he always found a way back.

One day, while on his motorcycle and under the influence, Rosado got into an accident. He lost some teeth, something which left him ashamed. He injured his leg and developed an ulcer which wouldn’t fully heal due to the effects that the drug use was having on his system.

He relocated to Rochester in 2009, where his sister and nephews live. Spending lots of money on his addiction, he resorted to becoming a drug mule. He received drugs by mail and was arrested shortly after arriving here.

Rosado spent three years in prison. After his release, he lived in a halfway house before moving in with his sister.

But the addiction surfaced again. His sister did not want him around if he was using. Rosado estimated that he lived on the streets for months, sleeping wherever he could find a place — often in empty houses.

He credits an encounter with physician Timothy Wiegand at Strong Memorial Hospital’s emergency department last winter for putting him on a successful path. Wiegand, an emergency room physician and toxicology specialist, is on staff at Huther Doyle.

His body beaten down by heroin, his mind battered from seeing too many friends die because of addiction, Rosado accepted Wiegand’s outreach.

He connected with Huther Doyle and began inpatient sober living for men treatment. He has been clean since December.

“The first week is hard,” Rosado said. “They want you to change and it’s like the devil is with you. It’s hard. You’re in a fight with him.”
Rosado, who is soft-spoken, was “really shy” in the first phase of treatment, according to his counselor, Floriday Diaz.

“Now, in phase two, I have to tell him to stop talking,” she said with a laugh. “Now he’s really active in group.”

Seeking Alcohol Addiction Treatment Program for Men is a big enough step for most addicts, Diaz said. Language and cultural barriers, as well as a lack of a support system, can make recovery more difficult.

The clients in Esperanza Latina in particular celebrate each other’s successes, Panitsidis said. And it’s not uncommon for them to bring in dishes to share with each other, she said.

Rosado said he had tried other rehabs before with little success. This time is different, he said, because he feels more comfortable. Being part of a Spanish-speaking program makes it easier to express himself, he said.

“I listen to the other people, too, and every day I learn something new,” he said.

“You’ve got to fight with your mind,” he said.

Like his scars, the secrecy and shame that come with addiction are fading. Rosado’s relationships with his sister and nephews have improved. He said they want to be around each other and are more comfortable with each other.

In addition to medical and substance abuse treatment, Rosado has also received dental care and is now quick to flash his repaired smile.

“He looks better every day and I am constantly telling him how good and how great he looks because he is taking care of himself,” Diaz said proudly.

Rosado’s next goal is to reconnect with his two children in Puerto Rico. He said he didn’t want them to see him when he was in bad shape. He wants them to lead better lives than he did.

He said he’s grateful for the way life is going now.

“Everything is becoming better and better,” he said.