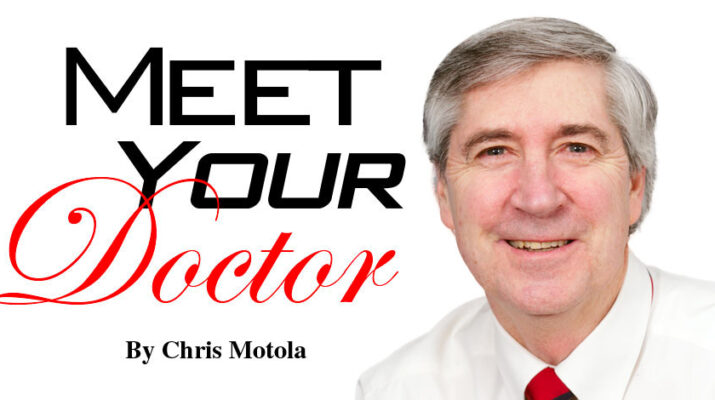 Q: What do vaccination rates look like in New York and Rochester in particular?

A: In terms of how we’re doing? I don’t have a graph in front of me, but my understanding is we’re somewhere in the range of 70% [as mid-September]. When you talk about who has been vaccinated, one way to look at it is the percentage of people who are vaccinated out of the group that is eligible. That’s going to be a higher percentage than the percentage of people vaccinated out of the total population. Anybody under 12, for example, is not eligible. But overall Monroe County is running about even with the state—New York City is a little higher—and the state is doing better with vaccination than most states. On the other hand, it’s very clear we have significant ways to go. We’re still seeing a lot of people hospitalized who have not been immunized. And the question is why not? It’s certainly available. For some it might be a matter of access, but I think the number of people who haven’t gotten it for that reason is quite small. In most cases it’s a matter of not wanting to be vaccinated.

Q: In talking to people who are hesitant toward taking the vaccine, what are their major concerns?

A: A lot of them say the same thing. They’re afraid the vaccine is new and doesn’t have a long track record. And that is a truthful statement. It is new. And the track record at this point for the various vaccines is about a year, maybe a bit longer if you include the clinical trials, which started in March and April of 2020. So they have at most a year and a half under their belt. And they have concerns about their not being 10, 20 years of data on it. And there’s absolutely nothing you can do about that. You can simply make the argument that, if that’s the way you feel, you’re going to be waiting a long time for a therapy that comes along for any disease. Other people argue that it was developed too quickly, which is not accurate.

Q: How far back does development go?

A: The programs that created this vaccine go back more than 10 years ago. There was a large amount of preclinical research, a lot of preliminary studies on how to produce and use these types of vaccines. The two novel technologies being used are mRNA vaccines and adenovirus vector vaccines. Research on adenovirus vector vaccines goes back to the 1990s. So there’s been an enormous amount of research on those. For COVID, that would be the Johnson & Johnson vaccine and the AstraZeneca vaccine. As far as the mRNA vaccines, the research goes back seven or eight years. So there was a very slow and methodical development of these platforms to deliver vaccines. When the pandemic came in December of 2019, it was simply a matter of speeding up the testing of them in phase 1 studies where you sort out of the dose needed to get the immune response you want and sort out any immediate side effects. Normally those take a year, but by changing the strategy of how you do those studies you can move them along much more quickly with no change in how you evaluate safety and effectiveness. So that was able to move us into the larger scale phase 3 testing within months rather than within a year or so. The ability to show a vaccine is effective can often take a year two, but with the pandemic raging it was only a matter of months to get data showing that the vaccines were highly effective. Now, we couldn’t get licensure right away because the FDA wanted to have a longer period of time for safety information. They require six months of safety data with a large population. That’s why Pfizer recently got full licensure and Moderna is hot on their heels. Johnson & Johnson got going a little later. That meets all the safety and effectiveness data that the FDA has put forth for every other vaccine out there. No corners were cut.

Q: How about safety in younger age groups?

A: Some people are complaining that the pediatric group doesn’t have a vaccine, and it’s true. They don’t yet. You can’t cut corners and say it works down to age 12, let’s just barrel ahead down to age 1. It is coming slower for that group because you have to do all the proper testing and studies.

A: Yes, they’re not done. We have several trials going on in Rochester. We have two at Rochester General Hospital; Pfizer’s mRNA vaccine trial is finishing its first year and has a year to go. The AstraZeneca vaccine has a little more than a year to go. There are other studies going on as well in the Rochester area with regard to booster doses and covering the variants that may emerge.

Q: Is waning immunity a cause for concern? Is that something boosters can keep up with?

A: The way you can view booster may depend on how you measure the effectiveness of a vaccine. When we set out back in April 2020 to help develop these vaccines, the goal was the prevent, not so much infection itself but the outcome of infection. Specifically, death, hospitalization, pneumonia and serious illness. The intent was not to block all infection. We were surprised when initial studies found the mRNA vaccines were able to block all infection with a 95% effectiveness rate. The adenovirus vector vaccines, while not quite as potent, were 70 -75% protective against any infection at all. So if that is your measure of effectiveness is all infection, that has fallen from 95% to as low as 40% depending on the study. If your goal is in line with the original goal of preventing severe illness, the efficacy has only dropped a few percentage points.

Q: What accounts for the difference?

A: If one thinks about the immune system, there are two components you might consider. The first is the ability to completely block infection. That’s handled primarily by antibodies. Whereas the immunity that allows you to recover from infection quickly seems to be persistent. So even though we’re seeing infections, we’re not seeing a large number of hospitalizations or severe illness. If you look at vaccinated people who are being hospitalized, almost all of them are immuno-compromised. The other group that gets into trouble is very old, very frail people who don’t respond to vaccines very well. But even they won’t be as sick as they would otherwise. This has created a bit of a debate as to whether we actually need booster doses. If your goal is to prevent all infection, then booster doses make sense. The other line of thought on them is that if we’re losing the infection prevention, we may also eventually lose the severe disease prevention, so they want to try to get ahead of that rather than wait to see if that happens. Whether we need a modified vaccine isn’t clear.

Q: As far as priorities go, what’s the consideration for people who aren’t vaccinated but have already had COVID-19?

A: They’re an important priority. We have data that indicates the immune response to the infection is not as potent as the immune response to the vaccine. That may sound very odd, but viruses are very tricky. The only way they can survive after infecting you is by actively limiting your immune response. Vaccines aren’t infectious agents. They don’t shut down your immune system, only stimulating it. For that reason, it’s been recommended that people who have previously been infected receive at least a single dose of vaccine, essentially what you might call a booster dose. Studies have found that if you get a dose after natural infection, your levels of immunity rise substantially and even exceed those of just being vaccinated. Most respiratory viruses have the ability to reinfect people. So you’re better off if you get immunized after being infected.