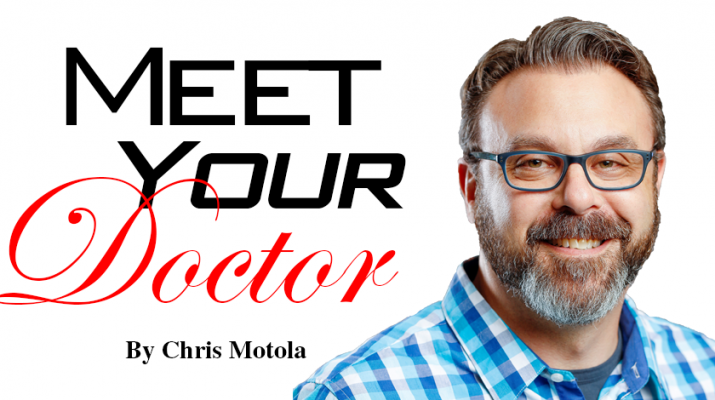 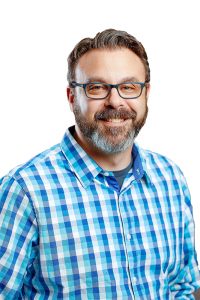 Q: How would you describe what Trillium Health does?

A: We were founded during the peak of the AIDS/HIV epidemic. We’ve had multiple different names, but we’ve been doing this work since the ‘80s. Our mission has always been to ensure care for people living with HIV in addition to serving our community and primary care for people who are HIV-negative. We’ve been doing both medical care and outreach in the community for several decades.

Q: HIV doesn’t dominate the headlines like it used to in the ‘80s and ‘90s. Now that we’re more able to control the disease, what do patients with HIV/AIDS need medically, and what’s their quality of life like?

A: The medications have significantly advanced. Many people only need to take one pill a day. That suppresses the virus to the point where we can’t detect it in their blood stream. Years ago it was multiple pills, multiple times a day. The big thing that still exists, unfortunately, is there’s a lot of stigma associated with being HIV positive. It’s unfortunate and it’s not OK, especially considering how far medicine has advanced. We have people diagnosed in their early 20s, who start on medication, their virus is under control, and they have no other medical problems. They’re very healthy people. The HIV isn’t going to cause them any issues if they’re taking their medicine. But the stigma’s still there.

Q: The drug cocktail you used to need to control HIV was notoriously expensive. Has that gotten any better? Is the medicine accessible?

A: As you know, drug costs are a significant issue in our country, and the medication is expensive. But here at Trillium we have a great pharmacy and we’re a federally qualified health center [FQHC] look-alike. That allows us to keep medical costs and prescription costs down for patients. Our average co-pay for patients for every medicine, including this one, is $3 or less.

Q: Is that with or without insurance?

A: Because we’re a FQHC look-alike, that’s not something patients have to worry about. Part of our mission is to ensure health equality without any concern for the ability to pay. We have people here who work with patients to make sure they’re getting the insurance they deserve. If they’re under-insured, we have programs to help cover their medical costs.

Q: When you say FQHC “look-alike,” what does the “look-alike” part mean?

A: When you’re first designated as a FQHC, you’re called a “look-alike.” When more money comes in from the federal government, you become what’s called a “new access point.” We’re held to the exact same standard as a FQHC without the “look-alike” part, but that’s our official designation right now. There are some things that we don’t receive in our current status because we’re not a full access point, but we act like we are, we treat our patients like we are. We have a sliding fee scale for patients. And we ensure that all our patients are able to receive care.

A: As I’m sure you’re aware, there’s an opioid epidemic in this country, and it’s getting worse. One of our locations is a harm-reduction site. One of the things we do there is syringe exchange. That is for people who actively use IV drugs. So we’re trying to decrease the spread of infectious disease. When anyone in the community is ready to start their journey toward sobriety, we have a number of providers here who can prescribe Suboxone [buprenorphine]. We’re trying to do everything we can for this epidemic and wish everyone was, because there are a lot of people suffering who really need help.

Q: Socially, do you think we’re making any progress in viewing addiction as a medical issue rather than a criminal one?

A: How we see it? Or how society sees it?

A: For various substance abuse disorders, there’s a medical diagnosis. I think one of the issues is that people are still trying to criminalize people who have substance abuse disorders, whether it’s opioid dependence or alcohol dependence. It doesn’t matter the substance. People who are, say, using IV heroin. That’s not just something they want to do. They’re doing it because if they don’t, they get sick. One of the issues we have right now is that we criminalize people with substance abuse disorders. That’s not the way to deal with this. The answer is to treat them and treat them with dignity and help them along whatever journey they want to be on. Hopefully that journey leads them to not using any substances. But when we criminalize that, it flies under the radar and no one seeks help. So I see this as a disease like diabetes. We would never criminalize diabetics, and we shouldn’t do that to people with substance abuse disorders. So it’s a big issue. Until we accept people, we’re going to have an epidemic that kills a lot of our young people. It’s heartbreaking to watch.

Q: How do you work around these taboos and stigmas?

A: For us, having the harm-reduction program helps. It shows them that we’re opening to partnering with them. That’s something we’d love every health center to do. They’re just patients, and they have a medical condition we can help them with.

Q: How effective are treatments for helping addiction patients?

A: Very. The medicines are just part of what helps, but Suboxone helps people fight cravings and if they relapse, it helps prevent people from overdosing. However, as is the case with alcohol dependence, having social support is very important in order for people to do well, so we encourage that as well.

Q: I understand you’re into MMA (mixed martial arts). Are people surprised a physician is into it?

A: I started doing martial arts when I was 7 or 8 years old. My parents did that because I was having a hard time focusing in school. I’ve trained in different forms over the years. Did some boxing. Competed. As we age, competing gets harder to do, so I coached for years. I really just love the art of the sport. I’ve had to kind of slow down on coaching, but I still work with a lot of people who compete. A lot of them are my patients as well. I see it as a sport, a way to stay in shape, and to reach out to the community. Where I used to coach we didn’t charge.

Trillium Health was formed in January 2010 as a result of the merger of AIDS Community Health Center and AIDS Rochester. Trillium Health was created so that its parent organizations could most effectively use their combined resources to prevent additional HIV infection and provide the best services possible for those already infected.

AIDS Rochester was established 26 years ago as part of the New York State Health Department’s network of community service programs (CSPs). The organization started with a one-person staff and a one-room office. By 2009, the agency had 50 staff members dedicated to providing a continuum of prevention and social services for people living with HIV and their loved ones.

AIDS Community Health Center, formerly known as Community Health Network, was founded in 1989 by two infectious disease physicians, Steven Scheibel and William Valenti, as a community medical and diagnostic clinic for those who were infected with HIV/AIDS. When the doors opened in 1989, 76 patients came to receive care. By 2009, the agency’s 60 staff members were serving more than 600 people.

The main offices of both organizations moved to one joint facility at 259 Monroe Ave. in October 2009 just before the official merger. Trillium Health also maintains satellite locations in Bath, Geneva and on Central Avenue in downtown Rochester.