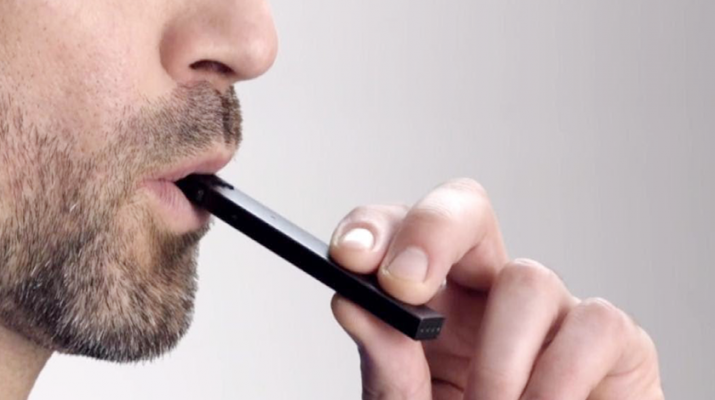 You’d surely notice the tell-tale odor of cigarette smoke on your child if he or she were lighting up. But e-cigarettes make nicotine addiction stealthy. E-cigarettes use water vapor as the means to deliver nicotine. Their use is skyrocketing among young people.

According to the Campaign for Tobacco Free Kids, 20.6 percent of New York state high school students use e-cigarettes, compared with 4.3 percent who smoke.

While it may appear e-cigarettes offer a harmless, smoke-free diversion, physician Leslie J. Kohman said there is an effort to prevent young people from using them. “The American Cancer Society strongly recommends that every effort be made to prevent the initiation of e-cigarettes by youth,” she said.

Kohman serves on the board of directors of the Eastern Division Board of the American Cancer Society. She’s also a thoracic surgeon specializing in thoracic oncology at Upstate Medical University in Syracuse.

Ironically, marketed as an alternative for established smokers or cessation aid, e-cigarettes contribute to youth picking up smoking combustible cigarettes, according to a 2018 report by the National Academies of Science, Engineering and Medicine.

The design of one brand, JUUL, appears to be a sleek, cylindrical USB flash drive and even charges in a USB port. JUUL’s replaceable cartridges, which contain the nicotine “juice” come with flavors adolescents like, such as mango, fruit medley and crème brulee.

Add to that the novelty of a gadget, the rebellious notion of smoking and the false sense of security in smokeless tobacco and it’s little wonder that JUUL use has become popular. So many children use that brand that the slang term “Juuling” was coined to describe the habit. JUUL products comprise half the e-cigarette market.

“They’ve been successful in marketing to kids,” Mendoza said, “just as cigarettes were 35 years ago.”

In a statement on the company website, JUUL Labs CEO Kevin Burns said that the company is “committed to deterring young people, as well as adults who do not currently smoke, from using our products. We cannot be more emphatic on this point: No young person or non-nicotine user should ever try JUUL.”

Despite the statement, the fad of Juuling has become widespread enough that schools have developed policies about e-cigarettes because of the potential for harm.

“No one should smoke cigarettes, and every effort should be made to get smokers off all forms of tobacco and to prevent everyone, especially youth, from starting to use any tobacco product,” Kohman said. “Smokers are strongly advised to use proven cessation methods, such as prescription medications and counseling, to quit smoking.”

Though likely less harmful than combustible cigarettes, little is known about the full extent of the harm caused by e-cigarettes. JUUL’s website states that their product “contains chemicals known to the state of California to cause cancer and birth defects or other reproductive harm” according to California Proposition 65.

Mike Seilback, vice president of Advocacy and Communications at the American Lung Association New York in Albany, wants the federal government to find out exactly what the products contain.

Many brands of e-cigarette cartridges, for example, are imported from China and have no oversight as to what is in the chemical cocktail that produces the flavor. JUUL’s website states that some components of their products are domestic and some are imported.

“The FDA still hasn’t regulated these products in a way that we know exactly what is in these products,” Seilback said. “We know that when some of these products over the entire market were lab tested, ones claiming to be nicotine free weren’t.”

He isn’t sure if that was intentional or lab errors; however, he said that “inhaling anything into your lungs, say anything of something mixed in lab thousands of miles away, isn’t the safest thing to do.”

Seilback believes that the Juuling trend has reversed decades of work to make tobacco use unappealing to young people.

“We now see teens proudly declaring they are Juul users,” Seilback said. “They might hide it from their parents, but it’s gotten to the point where it’s cool to their peers in identifying with these products.

“We’re alarmed we might see a generation of youth who are addicted to tobacco products without realizing the long-term effects.”

He’s also troubled by e-cigarettes that don’t contain nicotine (though all JUUL products do), since they encourage and glorify the habit which can readily lead to nicotine-containing products.

Seilback believes that e-cigarettes were developed to groom a new generation of smokers to keep tobacco companies profiting.