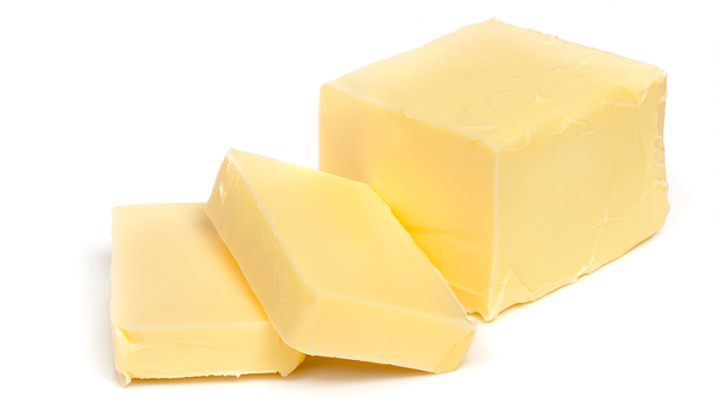 Once deemed as a really-bad-for-you food, butter has seen a comeback: consumption has skyrocketed

Butter consumption: it’s spreading. Once blacklisted as one of the worst foods imaginable (thanks to butter taking the blame for clogging arteries), butter is back on the menu.

Topping foods from the morning toast to dinner veggies, butter has made a comeback. Americans eat an average 5.6 pounds of butter each annually, up from 4.1 pounds in 1997, according to the National Milk Producers Federation, a trade organization in Arlington, Va. The federation also predicts continued strong sales of butter.

Why the shift from substitutes to butter?

The “foodie” movement has sparked more interest in decadent foods. Numerous websites, periodicals and television programs feature cooking that doesn’t obsess about nutrition, calories and fat. For these media, it’s all about richness and flavor.

The focus on “real foods” has heavily influenced butter’s return to the table. Since butter contains only churned cream and salt, it’s a simple, whole food, especially compared with the numerous ingredients found in many shelf-stable spreads.

Marge Pickering Picone, a nutritional coach certified by the Nutritionist Institute of America, is the founder and CEO of Professional Nutrition Services of Rochester, Inc. She said that butter provides more nutritional value than substitutes, including vitamin E, vitamin K and omega-3 fatty acids.

“It does have saturated fat in it, but from my standpoint, it’s far superior to anything synthetic,” Picone said.

The body requires some fat to absorb fat-soluble vitamins.

“Margarine is synthetic, like plastic,” Picone said. “These synthetics were thought up when they thought all fats caused artery problems. It’s not the butter. Your body makes it out of starches, not out of the butter.”

Cindy Fiege, certified herbalist and owner of Harmony Health Store, LLC in Spencerport, is also a fan of butter over butter substitutes.

“Margarine is full of hydrogenated oils and they have dye in it,” she said.

She favors butter made from organic milk of grass-fed cows.

Fiege also believes that cholesterol isn’t the enemy — and she doesn’t limit her fats.

“I don’t think you can sit down and eat half a stick of butter,” she said.

Butter is highly caloric for its volume. One .2-oz pat (one square inch by .03-inch thick) of butter contains 36 calories, which is comparable to many margarine spreads. But adding a small amount of butter to vegetables for flavor can help people eat more vegetables.

Not everyone is pro-butter. Amy Miller, registered dietitian and certified diabetes educator with Rochester Regional Health, cited the American Heart Association’s statement on saturated fat: “adults who would benefit from lowering LDL cholesterol [should] reduce their intake of trans fat and limit their consumption of saturated fat to 5 to 6 percent of total calories.”

Butter is a source of saturated fat.

The American Heart Association also recommends using soft margarine as a substitute for butter, looking for “0 grams trans fat” on the Nutrition Facts portion of the label.

Lesley James, board-certified family physician with an integrative practice in Rochester, said that she doesn’t see any food as “bad” and that includes butter.

“It’s not a health food, but it’s OK in moderation and can help in satiation,” she said.