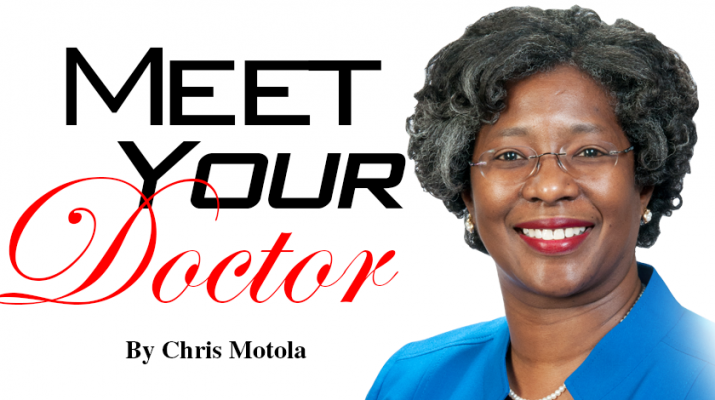 Internist, who heads the Black Physicians Network of Greater Rochester, explains the challenges of delivering care in Rochester and why she decided to become certified as a personal trainer 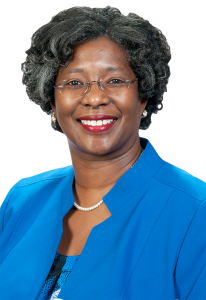 Q: Give us an overview of your specialty.

A: I’m an internist. We see the full gamut. We take care of patients age 18 and up. We have people who are young and healthy as well as people with complex medical histories. You name it, we see it. We’re usually the first people who see the diseases that get referred to surgeons or specialists if they’re beyond what we can do.

Q: What are the challenges to delivering care in the Rochester area?

A: There are several. One of the biggest challenges we face is insurance coverage or lack thereof. We have an emphasis on prevention, but now a lot of people have high-deductible plans. After the days of no insurance, we had the days of low co-pays. Now people have high deductibles and ask themselves if they’re really sick enough to go to the doctor, if they really need to have this done. Unfortunately, these financial barriers get in the way of accessing care to maintain wellness. People also have limited time with work, parenting, sometimes taking care of their own parents. Traditionally that’s been the women’s job, but I see it happening with men too, particularly when they’re the sole earner for the family, which isn’t so much tradition but the cost of childcare being so high it can end up not being cost-effective for both parents to go to work.

Q: How does getting your personal trainer certification work into the mix?

A: Another challenge that really drove me to get my certification is education. That might sound strange coming from a physician — considering the amount of education we get — but I think there are some areas we really need to revisit when it comes to primary care. Fitness is one of those. Two-thirds of Americans are in the overweight or obese category. We’ll tell patients that they need to work on diet and exercise, but we’re not properly trained to do fitness assessments other than making sure you won’t die when they’re exercising. We’ll ask about chest pain and shortness of breath, but we don’t write exercise prescriptions or give useful information about how to begin an exercise program.

We don’t incorporate body fat measurements and use BMI [body-mass index], which as you may know isn’t the most accurate way of assessing athletic people with higher muscle mass. We don’t use a lot of the tools that the fitness industry has developed because it’s not part of our training.

Q: What kinds of help are you able to provide?

A: Right now, we have a system where only fairly affluent people are able to get high-level fitness training. If you need a personal trainer, it’s about $200 per month. We should be giving patients information about how they should be exercising and what things they should be doing. That is an area where we can be involved. Not necessarily replacing personal trainers, but in the sense that there’s a lot more we can do on the front end and leave them to the higher-level, more intensive training. We don’t treat any other disease that way, by just telling them to just go off and do something. We don’t do that for obesity. We leave people to be preyed upon by people with less credentials than we have.

So there’s room for improvement there. That’s why I got my personal training certification — to be able to incorporate that skill set into my primary practice.

A: We’re losing the war because we’re not even participating in it. We’re not involved. We talk a little bit about nutrition, but helping patients implement self-care based on solid evidence-based literature is very important. I’m not sure how we got to the point where we took ourselves out of the equation when it’s such a huge part of the rising costs of healthcare. So many diseases are linked to obesity. How can we not be involved in fitness?

Q: I also wanted to touch on your work with the Black Physicians Network of Great Rochester, of which you’re currently president. What does the picture look like for black physicians both locally and nationally?

A: As you know, black physicians are an underrepresented group in medicine historically and currently. There are fewer African American males going into medicine now than there were in 1975. We’re a very small percentage physicians nationally. Locally, the problem is intensified by many factors. The big one is broader: Rochester’s usually not where people think of when they think of places they want to spend their lives, weather-wise. But Rochester also tends to be more segregated than places like New York City. If you look at Rochester, if you have high poverty without those children having contact with role models, people who can help them navigate the requirements to put them on the path toward medicine, they’re probably not going to get that information. The doctors and lawyers don’t live next door to them.

So we have initiatives to bring that information and those role models to them. [While] the university has done a lot of work trying to attract minority students, there aren’t many minority faculty members. The students leave and then don’t come back. And without that diversity, they’re more likely to face discrimination and isolation. So we really wanted to find a way to tap into all the resources of our community to identify which physicians were in the area and be able to use those resources to support medical, college and high school students. We also wanted a network for the community; health disparities are most pronounced in the African American community. We wanted to be a resource for the community to help provide information about how to overcome some of those disparities. So we’re doing better with the number of minority physicians in the area. The hope is to raise up more people from here who will want to come back and practice here.

Q: You mentioned that there were more black men pursuing medicine in the 70s. What changed?

A: I’m not quite sure, but we have speculations. I think the African American community used to be more cohesive. If you were black, you probably lived in a certain area. Now, a lot of that came with segregation. As segregation ended, you have more mobility. People disperse. Black professionals are interwoven into the fabric of American life. Sprawl has had a lot to do with that. We’re starting to see some gentrification here, but you don’t tend to see the minority professionals living next door. I think segregation is horrible, but you do have to account for how things have changed since then and be strategic about how you bring role models into contact with students.

One thing the Rochester mayor [Lovely Warren] has done, and the second year I’ll be involved, is where students are invited to come meet minority professionals in a kind of speed networking event. I think kids need to see and hear that their dreams can be fulfilled, because a lot of the people that they talk to may discourage them.