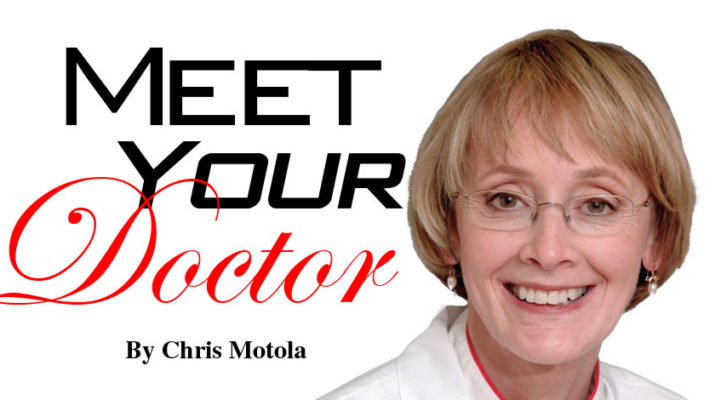 Q: We wanted to talk about breast cancer screening and the debate over whether 3-D tomosynthesis is better for screening than 2-D digital mammography for all patients. Do you have a position on this issue?

A: The big question is whether tomosynthesis, which costs more and is being promoted a lot, is really better than digital mammography, which we’ve been using for the past 10 or so years. Of course, in science and medicine, it’s not a matter of what someone prefers or whether we think it’s better; there’s this thing called “randomized, controlled trials.” The timing of the criticism — that tomosynthesis is being pushed on us by industry that has a lot to gain from selling us machines — came at a time when the American College of Radiology and the National Institute of Health are well into recruiting for a huge trial called TMIST (Tomosynthesis Mammographic Imaging Screening Trial).

Q: What is the TMIST study going to accomplish?

A: The timing is perfect. It’s going to be a study of 160,000 women all over the country, and other countries as well. They’ll randomly receive digital mammography or tomosynthesis and then be followed for a number of years, and we’ll look at the mortality of people who got tomosynthesis and whether it’s lower than those who received digital mammography. We’ve told people [tomosynthesis] is the better mammogram because we’re less likely to call back people for abnormalities that turn out to just be overlapping tissue. But that’s different than finding cancers. We also know we’re finding more small cancers, but we’re not sure if that’s affecting mortality or if we’re just moving the needle back and finding more cancers when they’re smaller. One centimeter is the magic number. If we find something under one centimeter, and the lymph nodes are negative, that person has an excellent chance of survival. So that’s what the study is about. Not whether it’s prettier, or you feel like it’s better. It’s finding evidence to back it up.

Q: How did an expensive new technology come to be so heavily marketed despite not having proven advantages?

A: We’re hoping that we’re not pushing it, but are we pushing it? So, here’s the thing. Every five years or so, most mammogram machines get updated. We try to stay state-of-the-art. The machines need to be inspected regularly by the FDA. When they start getting older, because they get a lot of use, things have to be replaced. After a certain point, it makes more sense to get a new one. A new machine runs between a quarter million and half million. You tend to buy the newest thing when you do update. Tomosynthesis was the newest thing. And we quickly discovered that, when we used it, we were less likely to have to call patients back in. We were also finding more and smaller cancers. But we need to know if that’s making a difference to the patients. A big criticism is that a lot of the research is being funded by industry. That the companies who make the machines are funding the research. But I would have to say that if industry didn’t spearhead new research, there probably wouldn’t be new technology. The government only has so much money to allocate to research, and the universities aren’t going to be able to put it as much as industry. So when industry makes something new that they think is better, it’s important to for us to take it in and do a trial on it.

Q: Do you suspect tomosynthesis will be better?

Q: What group benefited from digital with the DMIST trial?

A: It was shown the digital was better for women with dense breasts and pre-menopausal women. So now it’s probably the same question. Will tomosynthesis be better for pre-menopausal women and women with dense breast tissue? I think it’s likely that will be the case, because digital mammography does a good job with people outside those categories. Now, in spite of the DMIST trial, everyone is using digital mammography now. No one stayed with film even though some patients did fine with film, because there were other advantages to the digital — not filing or losing film, being able to view them remotely. Digital is the standard. Now, tomo machines are expensive, so it’d be a question of whether a remote site that can’t afford one can know they’re not doing their patients a disservice by giving them a digital mammogram or, if they’re in the group that does better with tomo, making arrangements to get them to site which offers it. That would be an efficient, common sense way of doing it.

Q: About how long will the trial take?

A: It’ll take about five years to do the accrual. The follow-up will continue up to eight years and the data will be analyzed for longer. The first results will start to come out after five years.

Q: What will be your role in TMIST?

A: I’ll be the principal investigator for the University of Rochester. I’ll be signing the papers, making sure everything is done right. I’m hoping that anyone who reads this will realize how important this is for the future of imaging, because right now everyone gets the same imaging. We don’t have unlimited resources, so finding out what type of imaging and how often they need it is important.

Position: Professor of Imaging Sciences and Director of Women’s Imaging at the University of Rochester