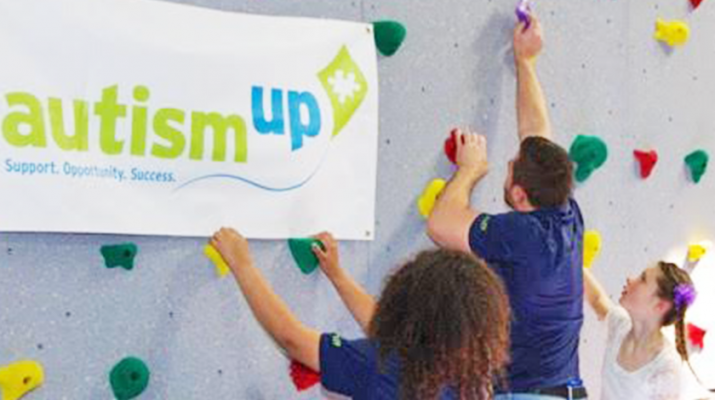 Group formed in 2004 to help parents of children with autism 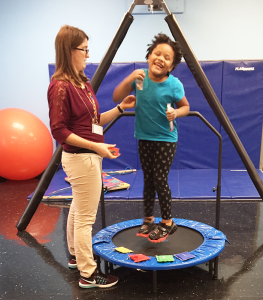 Rachel Rosner doesn’t want to see any other parents of autistic children go through what she did in 2004 when her son received a diagnosis of autism. Little information existed to help parents know what to expect, how to help their children succeed and where to find resources.

Four moms of autistic children began meeting for coffee to share what they had learned. That’s how AutismUp, an independent, Webster-based organization, stared in 2004.

Though Rosner’s son is now an adult, she still serves as AutismUp’s director of education and support services and continues to promote the needs of families touched by autism. At present, about one in 59 people has autism.

About 2,500 families are affiliated with AutismUp. The organization employs 20 part-timers and three full-time people. Most have children with autism.

“That’s why it works,” Rosner said. “We know what we want and need because we live it 24 hours a day. That doesn’t mean professionals don’t have a solid understanding, though.”

AutismUp’s children’s programs are available to the general public “because they’re fun,” Rosner said. “We have participants in our programs who don’t have an autism diagnosis, but what we offer works for what they need. If we have a program that looks like it would be helpful, come one, come all.”

Many times, a sibling of an autistic child tags along and later invites a friend. Rosner said that the experience benefits both autistic and non-autistic children.

The organization often brings in professionals to speak to families. AutismUp also provides information, workshops and referrals, in addition to a helpline for referrals.

AutismUp also maintains a closed Facebook group for families. It boasts 950-plus members.

“People can share what they’ve tried,” Rosner said. “It’s a virtual presence, even when you feel alone, you’re not. Someone’s always awake 24 hours a day. It’s a wonderful support we provide.”

AutismUp has developed a team of family navigators who can work with families at no cost to help them understand and access the resources available in the community.

“They coach parents through everything so they can make decisions that suit their family and child,” Rosner said. “We were the first site in the country to have a parent navigator.”

A parent navigator works from the medical facility at Golisano Children’s Hospital. Others work in-house and still more work at various sites in the community.

“We want to get as many partnerships as we can,” Rosner said. “We don’t want families to have to go looking. We want navigators in every pocket of the community as members in that community.”

Rosner said that the overall goals of AutismUp are to “prepare our kids for the world and prepare the world for our kids,” which summarizes both the programming that supports families and also the educational/training outreaches. The latter includes businesses who want their employees to serve all members of the community. These companies are proactive, not reactive.

Rosner said that she trains staff of other organizations about how to respond when a visitor “has a meltdown,” so that staff know how to best help the guest and the family.

Or if an autistic child cannot tolerate waiting, it helps if staff can talk with other customers in line so they understand why one family cuts to the front.

The navigation is free and training and programs are fee-based, but Rosner will not turn away people for financial reasons.

“The idea is it’s a one-stop shop for everything that’s not medical,” Rosner said.

The location will offer a pre-K program, housing support and all of AutismUp’s support programs.

All in the Language

So…is it “person-first” language or what?

For a couple decades, professionals working with people with disabilities have described those they serve with the person first and the disability second. Although AutismUp doesn’t have an official policy on the matter, Rosner has noticed a boomerang to “identity first” language.

“It’s not our place to tell people how they would like to be referred to,” Rosner said. “Lots of people like to say, ‘a person with autism’ and others like to refer to themselves as ‘autistic’. I use both interchangeably when writing in an official capacity.”

She said that her son calls himself and prefers to be called “autistic” as an identifier because autism makes him who he is. Without autism, “he wouldn’t have the same point of view or strengths,” Rosner said.

Though every person is an individual, those served by AutismUp may share similar life experiences and challenges as well. Identifying with others can feel empowering.

The term “client” used to be widely used to describe individuals served by an organization such as AutismUp; however, Rosner dislikes the impersonal, business-like connotation of the term.

“They are helping people live their lives,” she said. “’People’ or ‘individuals’ is friendly and it doesn’t sound like they’re getting checked out at the grocery store” compared with “client” in this context.

Beth Rapke, behavior intervention specialist at The Arc of Monroe, said that based on her experience, “they don’t like person-first language. They would like to be referred to not as ‘autistic’ but as ‘autistic people.’”

She said that the change originates in the thought that autism isn’t a sickness that needs healing.

“It’s another population within a diverse community, like Hispanic people or deaf people,” Rapke said. “That’s what we need to accept them as. They say, ‘We’re autistics’ because they do not want to be cured and are offended by people who put money into research to ‘wipe them out.’

“They taught me how to run this organization and to focus on their interests, then their strengths and if you put an emphasis on those, you may not deal with their challenges.”

• “person with autism”
• “individual challenged by a developmental disability”