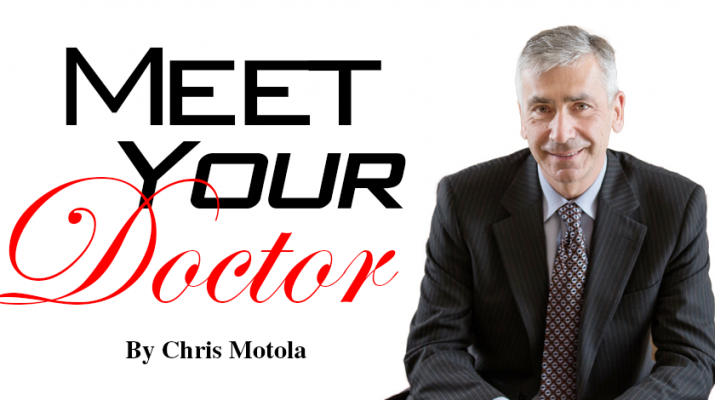 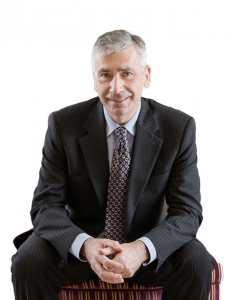 Q: What are some of the misconceptions people have about plastic surgery?

A: A lot of people think it’s just cosmetic surgery or just for people with a lot of money. Those are probably the two major ones. But before I confined my practice to a more specific area, we worked from the head down. We do reconstruction of the head and neck area, we do breast reconstruction after cancer, we take care of wounds. We take care of birth defects, all kinds of trauma. We do hand surgery. There’s a huge range of things plastic surgeons do nationally.

Q: What about the patients you see?

A: My practice is almost entirely cosmetic surgery. That’s what I do on a day-to-day basis. But most of us start off with a lot of reconstructive surgery and then over time people’s practice kind of evolves into doing the things that interest them most. Most of my practice now is confined to cosmetic surgery of the breast and body. My patients are about 10-15 percent men, the rest are women. Women range from 18 to 85 years old. Most want an improvement they can’t achieve with diet or exercise, or they want to have part of their body brought back to a more youthful look.

Q: What ultimately led you to focus on the breast and body?

A: It was a combination of the staff I wanted to join, where I wanted to live, my interests and what my experience led me to be good at.

Q: Do patients have reasonable expectations from plastic surgery?

A: I think most patients come in with a pretty good idea of what they want. Most of them have perused before and after pictures on the internet. Certainly part of our job is giving them an accurate sense of what we can achieve.

Q: With breast surgery, are we talking enhancement, reduction?

A: My practice, personally, involves breast augmentation, lifting the breasts, making them have a more youthful shape. My partner does everything I do plus breast reconstruction and reductions.

Q: What materials are used nowadays?

Q: My understanding is that you’re involved in the HUGS Foundation, which corrects congenital facial deformities in kids who live in poor countries. Tell us about that?

A: In the past I had been very involved in cleft lip and palate, which is what I do for HUGS. I’ve been doing surgical missions in other parts of the world for the last 25 years. It’s a big part of my life. It was established to help children with birth defects. So it’s a great foundation that was started by my partner, Dr. Vito Quatela. We have fundraisers every year. We have a lot of volunteers in the Rochester area, but there’s also people from all over the country who come on these four trips we do throughout the year. The one I go to is in Guatemala. They also go to Ecuador and Vietnam. This year we’ll be going to Peru.

Q: And you guys are primarily doing facial reconstructive surgery on those missions?

A: The mission to Vietnam and Ecuador are mostly microtia, which is ear reconstruction. The missions to Guatemala and Peru are microtia and cleft lip and palate.

Q: How many patients do you usually see on a trip?

A: Usually about 60 to 80 patients are operated on during a single mission.

Q: What kinds of facilities do you use while you’re there? Do you have to improvise?

A: Microtia surgery is very complex, so it’s done at hospitals in those countries. They don’t have necessarily the equipment that we do, though, so we’ll transport that with us. It’s basically at the same level that we would do here. Cleft lip and palate is a bit easier, so that can be done in a less clinical setting, but all of our work is done in hospitals.

Q: When are the fundraisers?

A: There’s a big fundraiser in February and another, an outdoor concert, in August.

Q: What other procedures do you do?

A: I do a lot of tummy tucks and liposuction. A lot of my day is doing mommy makeovers, which includes those and a breast lift or augmentation. Basically returning the body to how it looked before they had children.

Q: Even though it isn’t really a weight loss procedure, what are some of the impacts on the body from removing fat?

A: Liposuction is taking a part of your body with too much fat and making it more in proportion to the rest of their body. So it’s never been for weight loss. It does get rid of weight, but that’s not its purpose. It’s for dealing with problem areas. So if you think of fat cells like box cars that hold fat. When you gain weight, every fat cell gets bigger. When you lose, they all get smaller. Liposuction takes some box cars away. The patient will still gain weight, but they won’t put it back on in the same way. So they may not get as fat in their belly. They’ll be a heavier version of what they looked like when they got the liposuction. Usually it’s people who are in good shape, but have a problem area that they just aren’t able to deal with, or can’t find normal sized clothes for.