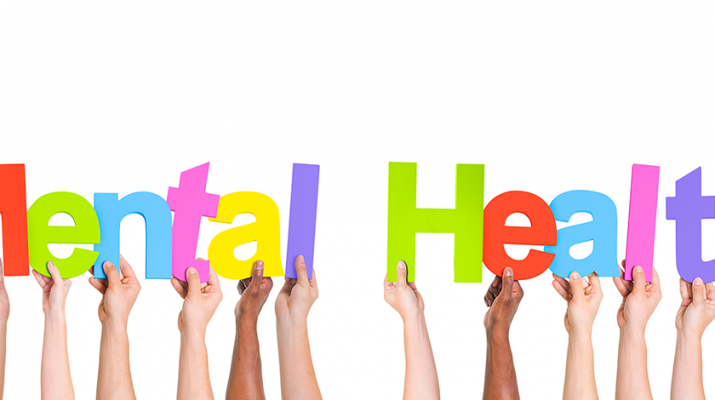 If your child displays troubling symptoms, it may be time to seek professional help, an expert says

Many children and teens deal with mental health concerns such as depression and anxiety, but parents aren’t always sure when to seek help.

Jennifer King, a licensed marriage and family therapist at Brockport Marriage and Family Therapy, tells In Good Health that signs of distress include isolation, change in sleep, eating and patterns of behavior, themes in conversation (morbid, negative, fatalistic, self-defeating), or self-harm.

Other indications of distress may include participation in risk-taking behaviors or loss of interest in previously enjoyable activities.

If your child displays troubling symptoms, it may be time to seek professional help.

Parents and doctors agree that parents should start by contacting their insurance company. Most insurance companies have lists of therapists that accept their coverage. The next step according to King is to take this list to a trusted pediatrician or school counselor and ask if they have any feedback or suggestions.

How do I Start?

Once you cull your list of providers it is time to start making phone calls. A mother who works as a billing analyst in Greece who sought therapy for her depressed teen three years ago, says that parents should immediately verify coverage with the provider’s office as she unfortunately found that some therapists that previously accepted her insurance had changed their coverage policies. For privacy reason this mother wanted to be identified only as “Jane”.

Leigh Zimmerman, school psychologist at Oneonta City School District and formerly at Oliver Middle School in Brockport, notes that parents should then ask about the child’s specific problem or concern and if the therapist has experience with this issue.

David Comisar, a licensed clinical social worker in private practice in Rochester, says that another important question to ask a provider is if they work with both the parent and child or only with the child. King has seen how a child’s mental health troubles can affect the whole family, so the possibility of family counseling is something to discuss during the initial interview.

Both Comisar and King further suggest that parents ask about therapeutic approaches such as art, play or music therapy.

Zimmerman reminds parents not to forget about practical concerns such as availability. For example: do they see patients on nights and weekends? How available are they by phone between sessions if a problem arises?

King recommends asking if the provider is comfortable with collaborating with other adults on the child’s care team like their pediatrician and school counselor. If you want a specific type of counseling that fits with your religious beliefs, for instance, make sure to bring that up in the interview, too.

Finally, consider how comfortable you are talking with them. Zimmerman tells parents to “pay attention to how they feel about the conversation. Feeling comfortable with the therapist is a big part of fit.”

Participating in their own care

Once you’ve found a provider the next step is to help your child understand the importance of going to their appointments. Kids can often be resistant to therapy, so King suggests telling your child, “let’s at least give it a try.” This type of trial approach “gives the child a little bit of control over the whole process. This is what this is all about: control over the self, control over one’s behaviors, and thoughts.”

Avoid telling your child that they are sick or unwell which can make them feel even more resistant to therapy. Instead try telling them that the family as a whole could use some help and this is one step toward creating more harmony in the household.

Jane also wants parents to keep in mind that going to counseling is hard even for adults, so be patient with your child as they navigate this new territory. Letting kids know that you understand how difficult this process is can go a long way toward convincing them to participate in their own care.

Pediatrician Mark Klier of Ogden Pediatrics in Chili tells parents to ask a doctor or other trusted professional to help explain to your child the importance of giving therapy a chance. He advises to never force or threaten a kid who digs their heels in. He can often convince a resistant child to go to their appointments.

Once therapy starts, professionals suggest giving it at least four to six sessions before determining whether or not there is a positive connection between patient and therapist. But if after this time your child still doesn’t feel comfortable with their therapist don’t be afraid to look elsewhere.

“If they don’t connect, you’ve got nothing,” says a mother who prefers to be identified as “Kathy.” A Rochester-area mom, Kathy has been helping her 17-year-old son through his anxiety for several years.

Another thing to be aware of is that there may be some conversations between the therapist and the child that might remain private. At the first appointment the therapist will discuss their disclosure procedures and any laws pertaining to privacy and safety. These policies will vary depending on age, and there may be forms to sign.

If You Need a Psychiatrist

If your pediatrician or therapist recommends visiting a psychiatrist for further evaluation, call your insurance again for a list of providers. Klier warns that there are “frequently long delays, longer than there should be” when it comes to finding a child psychiatrist in Rochester.

If you have trouble getting an appointment, ask your doctor if they can call the psychiatric office directly. It is also important to note that it can take up to four months or longer to get an appointment, so be prepared. Kathy recommends finding a psychiatric nurse practitioner, instead, who may have more openings.

Both mothers who spoke with this writer would tell fellow parents not to give up even if they face some obstacles when seeking out therapy for their child.

Kathy urges parents to follow their gut — if it appears that your child is suffering and may need therapy, take action: “Trust your instincts.”
Jane adds that if the child or family is going through any sort of trauma (divorce, abuse, medical concerns) keep a weather eye on the kids as they may benefit from therapy to help them cope.