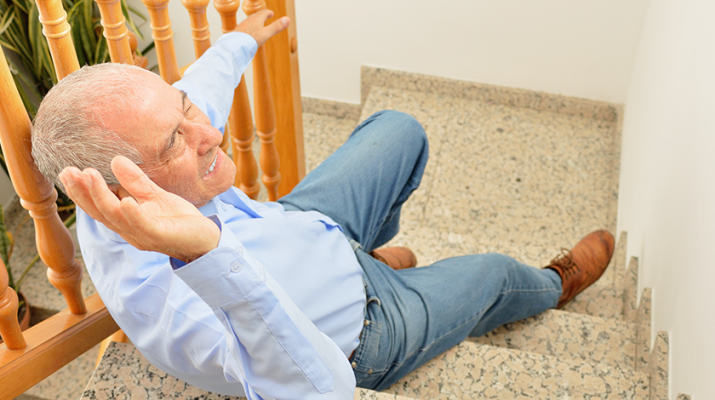 One in five Upstate New York adults older than age 65 fell at least once in the last year, according to research by Excellus BlueCross BlueShield. Forty percent, or two in five of those who fell, experienced an injury.

Using two years of self-reported survey data from government health agencies, Excellus BlueCross BlueShield found that falls are common among Upstate New York adults ages 65 and older. The risk for falling and the severity of an injury increase with age.

“One finding of concern — but we frankly have no explanation for it — is the regional variation in the rate of falls per 1,000 population ages 65 and older,” said physician Patricia Bomba, vice president of geriatrics at Excellus BlueCross BlueShield. The data show that adults ages 65 and older in the Utica-Rome-North Country region reported falls at more than twice the rate of adults 65+ in the Finger Lakes region, where the rate of reported falls was lower than state and upstate New York averages.

“Falling is not an accepted part of the aging process in any region,” said Bomba.  “There are simple things that everyone can do right now for themselves and their loved ones to help reduce the incidence of falls and promote independent and active lifestyles.”

Lower body weakness and difficulty with balance are risk factors for falling. Bomba advises staying active and maintaining a fitness routine. Simple activities, such as exercising in a chair or stretching in bed, can greatly improve strength and balance. Finding a fitness partner can add the motivation to go for walks, take a dip in a local pool or even learn tai chi.

Certain medications can affect balance. People also are more likely to fall if they have vision problems or inadequate nutrition. According to Bomba, proper vision care (including up-to-date eyeglass prescriptions), proper nutrition and a thorough medication review can help cut down on falls.

Nationally, one in five falls causes serious harm, such as a broken bone or a head injury.

Among older New York state residents who are hospitalized because of a fall, 60 percent go to a nursing home or rehab facility, 27 percent experience a hip fracture, and 11 percent suffer a traumatic brain injury.

The estimated annual impact that falls have on health care spending in Upstate New York is substantial, according to a report issued by Excellus BlueCross BlueShield in 2012. That report shows $30.6 million in emergency room costs and $321.0 million in hospital costs directly related to falls.

Home hazards contribute to the incidence of falls.

“We all take great care to childproof our homes when there are toddlers running about,” said Bomba. “We need to give the same attention to eliminating tripping hazards for older adults, or anyone who has difficulty with walking or balance.”