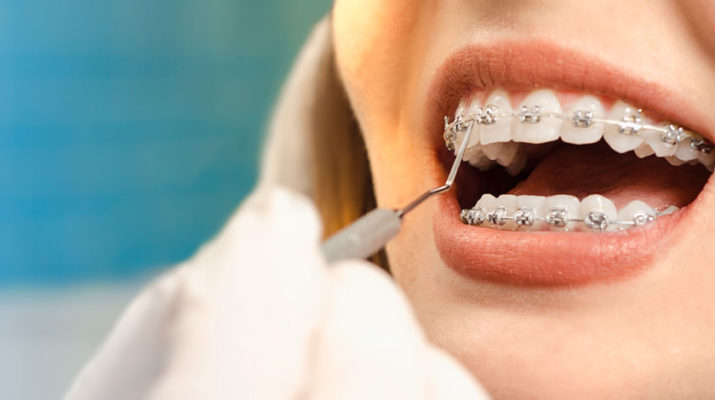 If you or your child has just been fitted with braces, it may seem like your orthodontist has all the bases covered as you visit every eight weeks or so.

“The general dentist plays an important role in this,” said Paul Emile Rossouw, doctor of dental science, Ph.D., and chairman of the orthodontics and dentofacial orthopedics department at Eastman Institute for Oral Health, which is part of the University of Rochester Medical Center. “The basic things start with the orthodontic treatment for kids because that’s whom the patient will see through his life.”

Rossouw said that before braces are applied, the patient should already have a good understanding of home care and good dental health.

“If a patient has gingivitis, we don’t start orthodontic treatment until that is at a good level,” Rossouw said. “Very often, we refer patients back to their general dentist to do good prophylaxis, learn how to brush and floss effectively and use a fluoride rinse. Those are the magic things: brushing, flossing, something with fluoride in the mouthwash.”

Other tools like an electric toothbrush or water pick may help, too.

Establishing good home care is even more important while wearing braces because the brackets and wires make brushing and flossing more difficult. It also somewhat disrupts the natural movement of saliva through the mouth.

“Having something in your mouth makes it less self cleansing,” Rossouw said. “Braces are an obstruction. One needs to learn to do it well so when braces are on there, it’s the same process.”

It takes more time to brush and to use a floss threader to get between teeth and clean the gum line; however, that’s the key to achieving the best results and maintaining oral hygiene with braces.

“A lot of people are surprised that even though they come to our office very eight weeks that they do still need to keep up with their appointments with their general dentists,” said Carolyn Schlageter, registered dental assistant.

Schlageter is also the treatment and financial coordinator at Get It Straight in Pittsford, Macedon and Greece. She said her office works closely with the general dentist’s office to help patients take care of their smile and show patients videos on dental care with braces so they learn the techniques of brushing and flossing.

Each employee in the clinical area at Get It Straight is a licensed dental hygienist so they can keep a close watch on their patients’ hygiene, even though they don’t offer traditional dental prophylaxis.

According to Schlageter, one of the misunderstandings that people sometimes make is that they think the white marks on their teeth after braces come off are caused by the braces. “It’s not. It’s decalcification,” she said. “That’s caused by not brushing properly.”

Decalcification can lead to tooth decay, so it’s vital to properly care for teeth as the orthodontic team directs.

As another means to protect teeth, Get It Straight recommends a prescription fluoride toothpaste twice a day.