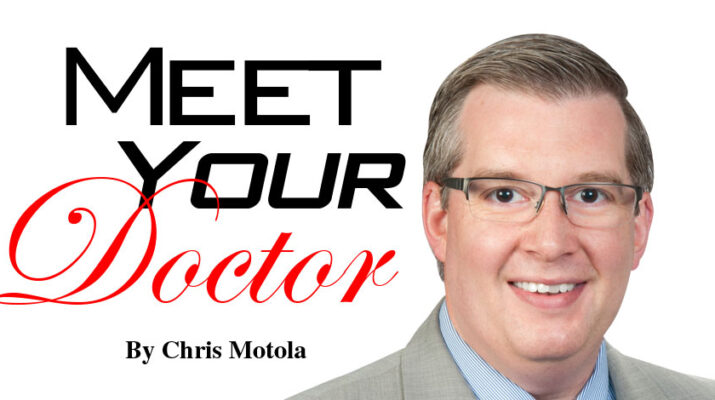 Q: Unity Hospital just became the first in the nation to receive Level 1 verification from the American College of Surgeons Geriatric Surgery verification program. What is the organization’s relationship to hospitals like Unity?

A: The organization that is sponsoring all of this is the American College of Surgeons. It’s the largest governing body for surgeons in North America, and it’s one of the largest surgical organizations in the world. Most of the general surgeons in the United States are members. But, it doesn’t limit itself to surgeons.

Q: What is the geriatric surgery verification program?

A: The American College of Surgeons now sponsors this program. It was originally created by a task force across about 50 different stakeholders in the country who came together under a grant from the John A. Hartford Foundation. It was a five-year grant to study and create a best practice standard for taking care of elderly surgical patients. As a part of the original work done by the task force, they created a set of standards and then went and tested those standards at different hospitals. Unity Hospital was one of eight beta sites around that country that it was tested at. The task force was very interested in the work we were doing because we’re not a university-based hospital. So we’re resourced differently and take care of slightly different populations than major universities do. So after the beta site study was completed, we knew that the task force was going to bring this whole program to the ACS and that they were going to adopt it as one of their verification programs. So we continued to work at Unity Hospital in anticipation of the ACS taking this on.

Q: Who does the program cover?

A: It encompasses all patients 75 and older who have surgery with a required hospitalization. We cover all electively scheduled patients as well as all patients who come through our emergency department and are hospitalized through that pathway. It’s a very large program that’s been running now from 2019. Because we’ve prepared ourselves for verification we were the first hospital to go through the program and be verified by the ACS.

Q: What do the levels refer to?

A: The lowest level is called a “commitment level.” When you identify yourself as a commitment level hospital that means you’re actively working to become a Level 1 or Level 2 hospital. Those commitment level hospitals have the expectation that they’re going to build their program within 24 months. The step up from that is designation as a Level 1 or Level 2 hospital. The difference between those two levels is really the volume of total patients that you include. So Level 2 is the lower level. It’s designed to verify hospitals that include 25-50% of the total patients that are eligible. Level 1 is more than 50% of all eligible patients. We pushed ourselves at Unity, so we’re including above 90% of our patients in the program.

Q: What do geriatric patients in particular need in terms of surgical care that other patients do not?

A: The first step in adopting these programs is to recognize that the geriatric population isn’t just older adults — they have their own special needs. In pediatrics they like to say that kids are not just little adults, they need their own specific needs recognized. It’s the same for the geriatric population. What those are is to set goals of care for patients around what matters to that patient rather than just pushing forward with every operation. For example, I recently had a patient in their middle 90s with a problem that I certainly could have operated on, but the operation and recovery would have been very difficult. But that wasn’t what they wanted right now. Living longer wasn’t as important as their quality of life. So we first have to identify the patients’ goal of care and tailoring our care around that. We also need to measure and risk-stratify patients based on what’s generally called frailties. That can be things like cognitive needs, physical needs, education needs or social needs. So we tailor their care plan toward their risk factors as well. The other big thing we try to do is anticipate and mitigate delirium in patients after an operation or hospitalization. Delirium is one of the biggest factors for having bad outcomes.

Q: What is delirium?

A: It’s confusion, specifically new confusion or disorientation related to stress. The stressors can be physical — blood loss, infection, sleep deprivation — or it can be disorientation from being in an unfamiliar setting and the bells and whistles of what happens in a hospital. To give you the big picture, somewhere around 25% of older adults experience delirium after an operation. So it’s very common. Once they experience delirium, they’re at higher risk of needing intensive care and prolonged hospitalizations. So we try to anticipate those who are at highest risk and manage it as best we can. And the final aspect of the program is anticipating what the patients will need after discharge.

Q: How do you go about that?

A: We try to get as much of that coordinated as we can as early as possible. So we have very active physical and occupational therapists who work with patients in hospital, setting up home care needs or making referrals into rehabilitation facilities. We want to begin setting this up before they have their hospitalization.

Q: How difficult was this program to bring online during the pandemic?

A: It’s been about three-and-a-half years we’ve been working on this, and I have had the privilege of leading this really dynamic team of folks that encompasses all aspects of nursing care. The nurses have been just outstanding. Hospital medicine, geriatric medicine, nutritionists, social workers, physical therapy, just an extensive group that has come together because we understand the need to plan for and treat these patients differently. We’ve all been dealing with the baby boomer generation getting older for a few years now. So the excitement when we started in 2018 carried over to 2019 and especially into 2020. We all had the shock of how frail this population is and how easy it is to affect them with stress due not only to a novel virus, but social isolation and access to care. The pandemic has hit this population especially hard, but it’s inspired our program to work extra hard and demonstrated the need for it. We know it’s the right way to care for these folks.