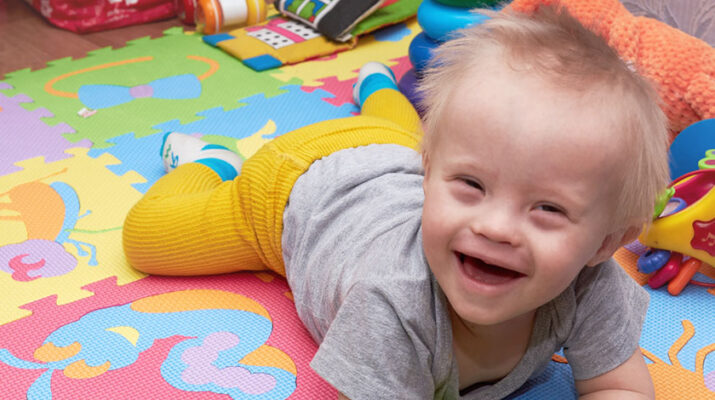 Cindy Toleman, director and CEO of Clinical Associates of the Finger Lakes based in Victor, serves families needing special education services for speech, language, occupational therapy, physical therapy and autism. Though she’s glad the state moved swiftly to approve teletherapy models, “it’s so difficult,” she said. “Not every family is prepared or has the ability to use that kind of service. It can’t be just phone calls but must include a video component.”

Some families lack high speed internet access. Others must juggle all their newfound computing needs among several family members, such as parents working at home and trying to educate older children at home.

Toleman said to compensate for this the virtual therapy, her therapists have offered more activities for parents to do at home with their children as well as interacting with children on the screen.

“Our staff was great,” she said. “I’m a bit in awe with how quickly they adapted to this new service delivery model. Most of the struggle has been because most of the therapists are parents themselves and their children are at home trying to home school. Scheduling is always an art.”

Since they’re also working around their own families’ needs, the therapists haven’t been seeing as many children, but the smaller caseload also means less income for the therapists.

“We all thought it would be a one- or or two-month thing,” Toleman said. “Now that the pandemic seems to be better under control, the state is opening to in-person visits. But a lot of children have not received the services to which they’re entitled.”

She thinks that once therapists can evaluate a child’s status, they may find they need to begin “more intensive levels of therapy to make up for that lost time,” she said. But she’s not sure how long these effects will last.”

While engaging with children firsthand is ideal, Toleman has seen more parental involvement because of both the unavailability of therapists to treat in person and also because parents’ schedules have otherwise cleared.

Vicki Follaco, owner and director of Room to Bloom in Rochester, said that when parents are actively involved, “the children have fared well. At early intervention, the premise behind it is that it’s family-centered and it involves a great deal of parental coaching.”

The pandemic has drawn families back to that philosophy of family-centeredness since most babies and toddlers cannot log onto Zoom or Doxy.me sessions.

“Initially, there were families who opted out,” Follaco said. “Like so many of us, they thought this would be short-lived. They changed their minds after we realized this would be a long-winded event.”

“Parent involvement is huge,” Follaco said. “Our community at large as far as the providers of early intervention and preschool have rallied around this situation and have come to different ways to aid our families and their children with special needs.”

Heather Hanson, chief operating office and physical therapist at Step by Step in Rochester, said that switching to virtual sessions “has had an enormous impact across the system, from children to providers. Even with our maximum effort to get everyone on telehealth, our volume was cut by 50% because families weren’t able to participate.”

As of early August, the organization hasn’t returned to pre-pandemic levels. While that’s challenging for Step by Step, it also means challenges for the children not receiving services.

“A lot of data that suggests the earlier you intervene, the better it is for the child as the brain is developing so rapidly,” Hanson said. “It’s the prime time to optimize development. When you’re older, the brain can develop and learn but it happens at a different pace. A child 1 year old who’s 6 months behind — that’s half of their life in perspective with their age.”

In addition to hampering the children’s short-term and possibly long-term development, delaying therapy costs more. Hanson said that data suggests that it saves $7 to $12 per $1 spent on early intervention done by age 3. Waiting costs the education system more money. In addition, early intervention sets up children who need it to be better learners.

Hanson hopes that telehealth will continue as an option for times when therapy cannot happen in person, such as during bad weather or when a patient’s sibling is ill. Remote sessions also expand the capacity of delivering early intervention.

“Many kids are on a list waiting for services,” Hanson said. “It decreases the time so you’d be able to see more kids than if you had to drive between visits. It opens up the opportunity for skilled, trained providers who have their own constraints.”