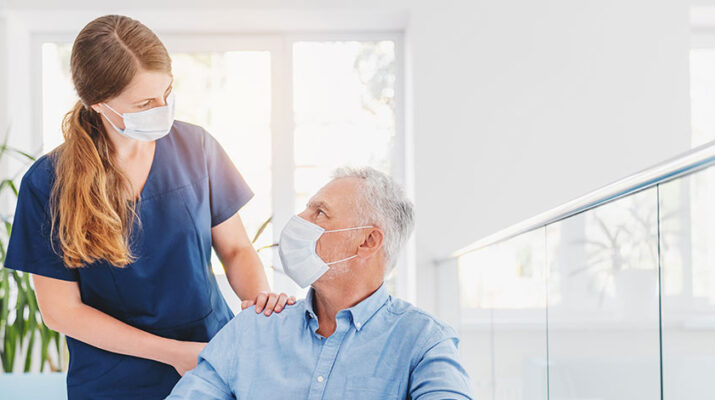 From airplanes to super heroes, their hobbies might come as a surprise to many people

Nurses provide healthcare, reassurance and health education to patients. Beyond their caring, professional demeanor, they may have hobbies and interests that patients and colleagues would not envision.

Patients of Leanne Mikiciuk, a registered nurse at Unity Hospital, likely never imagine that their caregiver zips over Western New York landscapes as the co-pilot to fiancé Jeffrey LaChausse in his Whittman Buttercup two-seater aircraft. The Hilton residents fly together most weekends when the weather is suitable, including impromptu breakfast trips to Great Valley, fall foliage flights over Letchworth State Park and jaunts up to the North Country.

Since the plane has skis, the duo can fly year-round.

Now a member at Gaines Valley Aviation in Albion, along with LaChausse, Mikiciuk previously had no interest in aviation. However, in the past four years, she has become as hooked as he is.

“The airport has become our home away from home and our hangar is known as the ‘Tajmahangar,’ since it is equipped with an apartment inside and a mini kitchenette,” Mikiciuk said.

She is learning how to build an airplane as LaChausse and a friend have started a new project building a plane.

“It is very interesting to watch the plane come together and I am waiting to learn how to put the fabric on it,” Mikiciuk said.

When hobbies arise in conversation with patients—particularly if that hobby involves planes — Mikiciuk said that she is happy to discuss her passion for flying.

She believes that it is not any less safe than a commercial plane.

“It’s like getting behind the wheel of your car, only there’s less traffic and people running you down,” she added.

Unless they stepped into his office, few people at Unity Hospital would guess the hobby of Jarrod Atkinson, director of nursing. The dozens of Wonder Woman items on display on and around his desk represent only a fraction of the 1,000 or so he owns. An entire room of his Greece home brims with Wonder Woman figures, posters, toys and dolls he has collected for 20 years.

Wonder Woman stood above all others because of her ideals. He likes that the character made famous by actress Lynda Carter because it “stands for truth and justice and empowerment.”

Atkinson’s collection began with inexpensive trinkets as a teen and has grown to statues and other items that span Wonder Woman’s 80-year reign as the top lady superhero. Purchased from gift shops and online stores, items in his collection usually cost less than $500, but collectors often pay three times as much and more for full-sized statues.

Whenever someone gives him a duplicate of an item, he keeps one in his home and one in the office. He also proudly displays a pencil drawing of Wonder Woman drawn by a staff member, a piece of art he calls “gorgeous.”

Atkinson offers friends tours of his home collection, which he said they may find overwhelming.

“They can’t fathom the number of things I have in there,” he said.

His Wonder Woman exhibit is the only collection he possesses. He hopes to add a ceramic Wonder Woman telephone from the 1970s, but that piece is hard to find—and it costs around $1,700 online.