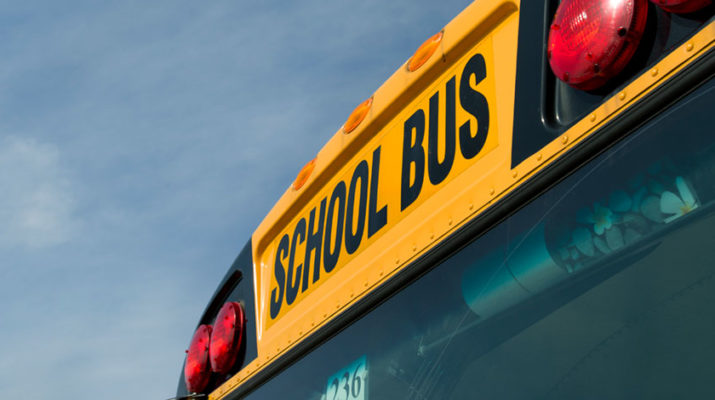 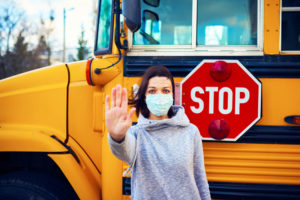 Planning for back-to-school isn’t easy as the pandemic and its effects drag on.

School administrators have had to wait until they received guidance from a variety of sources (CDC, state government) before even drafting plans that will require revision before they’re implemented. Though these are guidelines — not legal requirements — school administrators want to keep children safe.

Dan Domenech, executive director of the American Association of School Administrators (AASA) in Virginia, told In Good Health in mid-July that his organization has been working on reopening plans. The organization’s taskforce of 27 supervisors from a variety of sizes of school districts have been drafting a plan that follows the guidelines of the Centers for Disease Control and Prevention. These include social spacing of optimally six feet minimum.

Considering the size of most school classrooms, “it’s not possible for all the students to attend,” Domenech said. “The model is a hybrid or blended model: there would be a number of students in the building who can be accommodated with social spacing. Those who cannot will be at home.”

The student body would cycle in and out of the school, two days in school and three days of remote learning at home per week.

But Domenech said that the cost involved would be high, as the school would need to pay for more frequent cleaning, equipment to take temperatures, personal protective equipment for the staff, and additional bussing expenses, “because a 70-passenger bus accommodates 12 to 13 students now,” Domenech said.

The AASA estimates that it will cost an average school district of 3,700 students $1.8 million annually in just these costs to adhere to the CDC’s guidelines. That’s an average of $490 per student. For larger districts, it would surge to the scores of millions.

“The districts don’t have that money,” Domenech said. “They’ve had their budgets reduced because of the economy. They have to make additional cuts somewhere. There are attempts to lobby Congress to provide a bill that will provide additional dollars.”

About 85% of the average school budget is personnel costs, according to Domenech. But laying off teaching staff at a time when schools need smaller class sizes presents a problem.

Because of these issues, another back-to-school model considered is the one Domenech calls “Come one, come all, or don’t come at all.” He said that schools in states such as Texas, Alabama, Florida and Georgia are considering disregarding social distancing and masks at school and anyone uncomfortable with it may educate at home.

“That disregard for guidelines is dangerous,” Domenech said. “We’re seeing right now what happens: the infection rate goes sky high. I’d hate to see what would happen in a school.”

Typically, schools in New York tend to open after Labor Day, Sept. 7 this year. This is later that many schools in the South, which usually go back to school by mid-August. These districts may provide a foreshadow of what Northern schools can expect; however, by then it may be much more difficult to alter plans.

“The teachers’ associations and unions are saying if the environment isn’t safe, they’re not going to teach,” Domenech said. “A lot are saying they’re going to retire or quit. Some have potential issues that could put them at risk. It’s another factor.”

Remote teaching requires “incredible coordination and planning,” he added. Teachers and students must have the equipment, high speed internet access and familiarity with how to use both to participate fully.

He said that one-third of students don’t have a computer or internet in their home.

“The money isn’t there to provide every child with a laptop,” Domenech said. “Not all parents can afford the internet.”

Those in rural areas may not have a high-speed connection available.

“The pandemic has made internet connectivity as necessary as every home having water and electricity,” Domenech said.

Some districts have outfitted school busses with a Wi-Fi hotspot connection so school personnel can bring connectivity to pupils lacking it.

For education at home to succeed, parents must also be willing and able to participate in educating their children at home. Domenech said that a much larger percentage of parents wants their children to learn at school, not home. A large piece of that lies in the quandary of dual-income households. Who will watch the children if both parents work?

Myers-Small said that the school anticipates plan options to include continuing with remote, online learning; a hybrid model with some students attending school in person and some working remotely; and a model where all students return to school in person with the CDC’s social distancing guidelines.

Greece Central School District’s School Reopening Task Force is headed by Mike Zaffuts, assistant superintendent for Student Achievement and Educational Services, who in mid-July anticipated submitting a restart plan by July 31 to be finalized by Aug. 7.

“We have spent our time thus far to look at our core values and how we identify ourselves and how the closure has impacted some of our more vulnerable and marginalized populations, particularly families of color and students with disabilities,” Zaffuts said.

He added that these groups have experienced more academic setbacks during the disrupted spring semester.

The district has provided devices for distance learning to almost all of its students, which Zaffuts thinks help lay a framework for remote learning this fall.

“We have a tremendously dedicated staff and leadership who are all very involved in the instruction effort,” he said.

Some students become more engaged with their education and others were discovered to be less engaged, which may be a problem if the school goes with a hybrid model. Zaffuts also thinks that should the schools take the hybrid route, they need to provide “maybe more streamlined or consistent and predictable communication and instruction.”

Among the 17 schools in the Greece district, the teachers used different methods and platforms of communication, which Zaffuts said caused some parents to feel overwhelmed.

“By and large, we did a great job in serving our community and looking out for the needs that exist for food service, distribution stations, meals and instructional materials provided. We did a lot of things well. But it was our first effort.”

At this point, it appears a hybrid model represents the safest, most sensible way to go to meet both educational and safety needs. It’s not an easy decision to make.

“Every question leads to 10 more questions,” Zaffuts said. “There are no perfect answers. I don’t think there’s a way to bring all the children back at the same time and guarantee they could stay six feet apart all day long.”

As for activities like chorus, instrumental music, physical education and sports, “I’m not ready to guarantee what will be restricted over another,” Zaffuts said.

“We want to bring as many students back to school as safely as possible,” he said. “There’s no substitute for in-person instruction and the experience students get when they come to our schools. That’s the goal in the end. But we have to do it safely.”

Ultimately, it may be a matter of balancing the risk between health considerations and long-term negative academic effects.

“I want people to know we really care and we’re doing our best with what we have,” Zaffuts said. “People are emotional right now. Their emotions are real and we want to be sensitive to that and that the decisions we make honor those emotions in our learning community, whether with students, parents, staff and school leaders. The pandemic and everything that’s happened with the racial injustice and protests have been a lot. People need to recognize that we’re trying to consider all of that with the reopening.”

“Every question [about bringing kids back to school] leads to 10 more questions. There are no perfect answers. I don’t think there’s a way to bring all the children back at the same time and guarantee they could stay six feet apart all day long.”