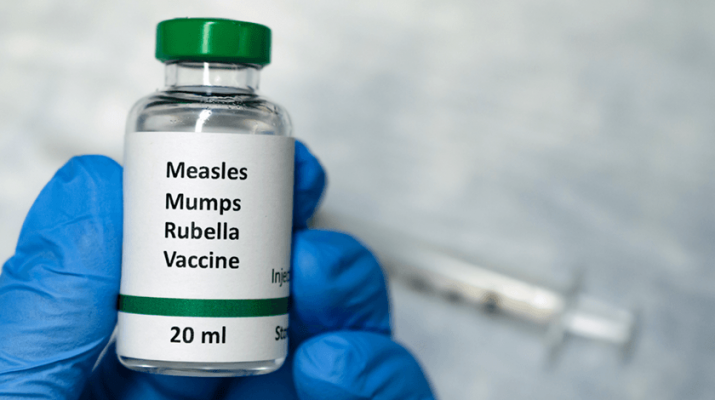 This was a banner year for measles and mumps. Not good news for health officials and various communities that were rocked by these two viruses. The number of patients diagnosed with measles in the United States grew tremendously with more than 900 confirmed cases in 23 states. Measles is an infectious viral disease causing fever and a red rash on the skin, typically occurring in childhood.

The United States is presently seeing the highest number of measles cases since the disease was considered eliminated in this country in the year 2000. Measles were reported in several states, including New York.

In addition, during the first six months of this year, 44 states and the District of Columbia in the U.S. reported mumps infections in 1,471 people, according to the Centers for Disease Control and Prevention.

Before the U.S. mumps vaccination program started in 1967, about 186,000 cases were reported each year, but the actual number of cases was likely much higher due to underreporting. Since the two-MMR dose vaccination program was introduced in 1989, U.S. mumps cases decreased more than 99 percent, with only a few hundred cases reported most years. However, since 2006, there have been several increases in cases and outbreaks about every five years, according to the CDC.

“Vaccines are meant to save kids and adults from infectious diseases and that is exactly what it has done. This measles and mumps outbreak should be yet another reminder about the importance of getting vaccines,” said pediatrician Larry Denk, who works at Rochester Regional Health. “Some vaccines can wait until later and some must be performed on newborns.”

DTaP vaccine can help protect children from diphtheria, tetanus and pertussis. Diphtheria can cause breathing problems, paralysis and heart failure. Before vaccines, diphtheria killed tens of thousands of children every year in the United States. Tetanus causes painful tightening of the muscles. It can cause locking of the jaw so you cannot open your mouth or swallow. About one person out of five who gets tetanus dies, according to the CDC. Pertussis, also known as whooping cough, causes coughing spells so bad that it is hard for infants and children to eat, drink or breathe. It can cause pneumonia, seizures, brain damage, or death.

“These are the kinds of important vaccinations that you have to set up your child correctly from the beginning. We stress to parents that these cannot be misses or ignored.” said Denk, who is a member of American Academy of Pediatrics and certified by the American Board of Pediatrics.

Human papillomavirus is a group of more than 150 viruses. Many people who get HPV have no symptoms. Some people who get HPV develop warts in their genital area. Some HPV infections do not go away and can cause cancer such as cervical cancer, cancer in or outside of the vagina, cancer of the penis, cancer of the anus or rectum and cancer of the throat. HPV spreads by intimate skin-to-skin contact. “Because there are nine types of HPV and there may be even more, so this is one of those vacations that we stress,” Denk said. “The fact that it can be the first step to preventing cervical cancer shows the importance of this vaccination.”

Hepatitis B is a liver disease caused by a virus. People who have acute hepatitis B may not have symptoms, but those who do may have fevers, upset stomach, feeling tired, pain in the muscles or jaundice. Others who suffer from chronic hepatitis B have cirrhosis, which is scarring of the liver, liver cancer, or even liver failure. This disease can spread by sharing razors or toothbrushes, or touching open sores. Hepatitis B vaccine is made from parts of the hepatitis B virus. It cannot cause hepatitis B infection. The vaccine is usually given as two, three or four shots during one to six-month increments.

Cholera is caused by a type of bacteria. Symptoms can be severe diarrhea, throwing up, low blood pressure, fast heart beats or muscle cramps. People with severe cases of cholera can get dehydrated and die in just a few hours. This spreads by waste from sewers that gets into drinking water, or someone who has cholera doesn’t wash their hands before preparing foods.

“We tell people who are traveling to certain countries that it is necessary to take the cholera vaccine in two doses more than a week before you leave,” said Denk.

Children in the United States should get polio vaccine to protect against polio or poliomyelitis. They should get four doses total, with one dose at each of the following ages: 2, 4 through 18 months and 4 through 6 years old.

“The important aspect to know about any of these vaccines is that there have been great outcomes with those who are vaccinated,” said Denk. “It has unequivocally been a success in curing sickness and infections. There is so much evidence to vaccinate your children as well as adults. While the medical community is not perfect because I would say we over prescribed antibiotics and maybe over diagnosed ear infections, but when it comes to vaccines we have been correct.”